the dream and the radio 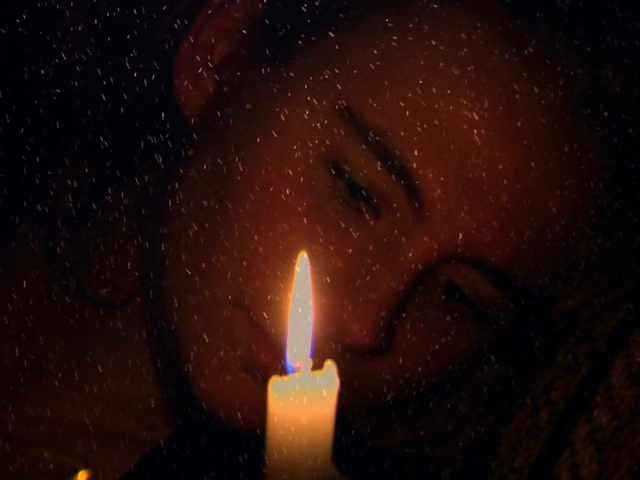 Renaud Després-Larose and Ana Tapia Rousiouk's audacious Canadian film Le rêve et la radio (aka The Dream and the Radio) begins in static, with twinkling piano rounds and flickering images bathed in yellow and pink light. A voiceover speaks of adulthood and childhood, how children "perish" in the bodies of adults. A woman runs across a field and then collapses in the grass with a book, as if mimicking the wonderment of childhood simultaneously with the futility of adulthood. This dreamy opening is then cut suddenly by the sound of sirens and hockey fans clanging in the streets, celebrating a game. 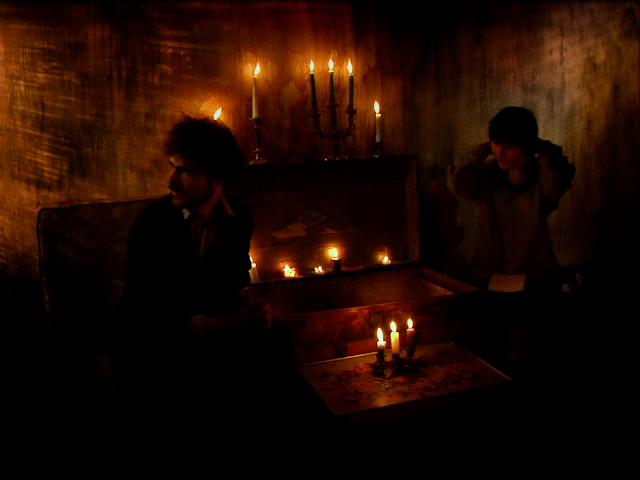 The opening illustrates the clashing textures and tones of Després-Larose and Rousiouk's work. It's a film that wears its heart and pretentiousness on its sleeve, shrouded in the dissonance between the brutal, "trenchant" world of money-making exploitation and the dreamy, "poetic" world of beauty. Its trio of characters live on meager means in a candlelit flat (likely abstaining from electricity in both reasons of cost and reasons of principle) and all try "to be more poetic" in their creative passions and in their living. One gives out free books to people on the street. One is writing a novel in fits and starts. Another runs a radio broadcast. Occasionally they may pick up a shift at a soulless clothing and entertainment memorabilia store of thumping techno (where film is turned into commerce--and even, discounted trash cans). Sometimes they analyze one another's dreams, mining for meaning and symbolism. Some scenes are wrapped in prickly humor: one of the clan, Beatrice (played wonderfully by Geneviève Ackerman, who co-wrote the film with the two directors, who also star with her) ruefully flings paint balls at sunglassed models on a glowing blue Guess billboard. Within the film, a plot point of a lost-and-found cellphone becomes a ruse of sorts that twists and retracts and reflects. It's owned by a mysterious character named Raoul (Étienne Pilon), a red bandanaed self-described revolutionary whose wavering enigma swirls around the three characters. In a huge speech to his group, Raoul's words are drowned out by swirling garbles of electronic sound--a sonic clue, perhaps, that the film is portraying him as more opaque than his dogma--or perhaps, his message is purposefully being distorted from other forces above him. 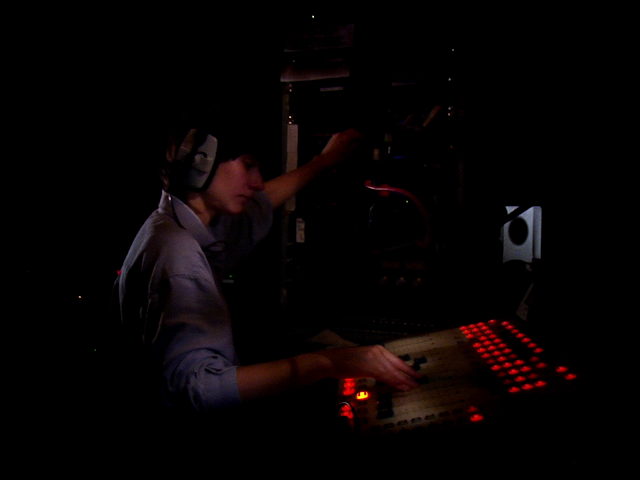 Through the guises of film and radio, these fussy electronic (sometimes tinny and harsh, sometimes swelling and romantic) and visual embellishments, including ratio-switching and juxtapositions, are all part of The Dream and the Radio's fabric and fortitude in its decadent runtime. The film, and its characters, resist tech but also depend upon it (a product of "institutions" and "daily absurdity") to get their messages out there. Even speaking of people as a "great force of resistance" sounds like describing humans scientifically or through tech vernacular. The trio are filmed in golden yet shadowy picturesqueness in their flat. They express their disillusionments, their dreams, their desires and the film itself mimics their inner and outwardly yearnings. The movie cuts to pretty and unpretty images with voiceovers. Sometimes these interludes feel like intermission cards from 1950s technicolor movies: bombastic orchestral music with grandiose horns by Olivier Messiaen may play over a picture of a burnt orange sky. There are the sounds of a police inquiry overlaid with an image of a glistening moonlit bay that cuts to quartered images of surveillance. The film wants to "ground itself" like an adult but also wants to soar playfully like a child. The disillusionment of growing up for these characters, and perhaps by their players, is only quelled by the importance of creating things; full of zeal and fervor, it's a languidly-paced film celebratory in its sense of collaboration and in its ticking unease. *** 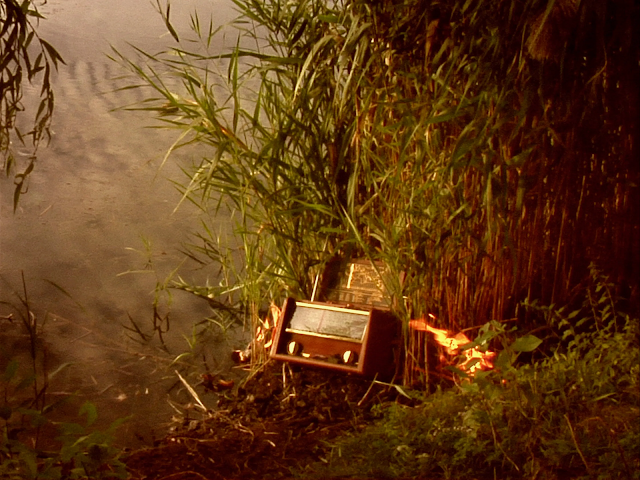 Posted by MrJeffery at 6:23 PM