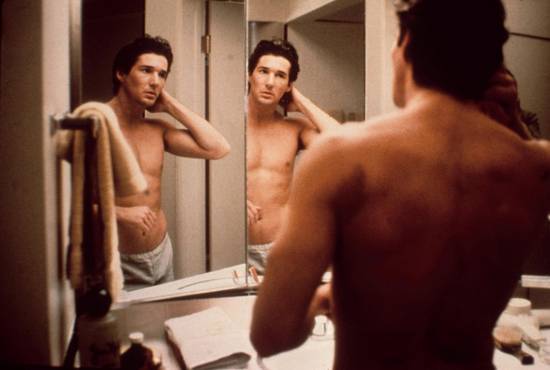 With Blondie's soaring anthem "Call Me" thumping, unraveling cursive font titles, and cool-cat Richard Gere driving his top-down Mercedes through L.A., American Gigolo begins in a thrilling, lovingly garish way.  It's another visual source of reference for Nicolas Winding Refn's Drive.  The Driver just drives; high-class escort Julian just fucks around (mainly wealthy older women) until he makes (falls in?) love with Senator's trophy wife Michelle (Lauren Hutton). This is basically the plot for the first half until one of his clients is murdered, then Julian must resort to finding an alibi. Slickly produced by Jerry Bruckheimer, one of his first big hits with Paramount from a string of blockbusters that define the most embarrassing aspects of American consumerism, American Gigolo is simply trash gussied up in sleek Armani wear -- a flick that falls within the transitional period of the 1970s sexual revolution into the materially decadent, puritanical '80s (just so the audience is clear, Julian does not do "fags," as he says many times). 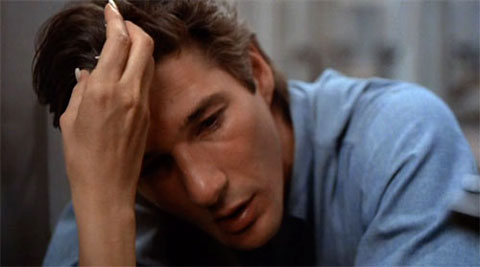 Directed by Paul Schrader (the screenwriter of Taxi Driver) and photographed by John Bailey, the film (and Gere) is breathtakingly good-looking.  It's matched up with Giorgio Moroder's throbbing electro score (the stuff dreams are made of, in my opinion).  With its shots of characters in mirrors, behind windows (sometimes shaded with blinds as it is on its iconic poster), Schrader tries to make this a noir for '80, but unlike those witty classic noirs of the 40s, the movie can't shake its shallowness.  Despite having the physicality and walk down and looking oh so good in his birthday and Armani suits, Gere's performance lacks bite.  He plays a character so vapid and emotionally void that he's a bit blah to root for.  In repetitive scenes asking for help to clear his name for murder, Gere asks for it not in desperation, but in a way someone would ask for help reaching the top shelf in a top shelf in a grocery aisle. When he finally says "it took so long for me to get to you,"  I thought, fuck yeah it did. But who cares really, watching Gere lurk around L.A. is part of the fun, nostalgic ride; this movie isn't after your heart. **1/2

-Jeffery Berg
Posted by MrJeffery at 6:00 AM