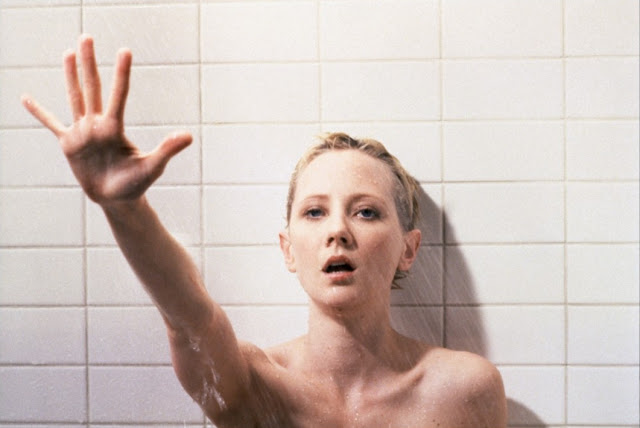 Psycho (1960) is one of my favorite films, so I’ve always had a love hate relationship with the notorious shot-for-shot remake; on the one hand, it’s interesting and fun to see what they did with Hitchcock’s classic, but on the other it’s so slavishly “faithful” that it’s largely pointless—one wonders what a gory visual impresario like, say, Rob Zombie would have done with the decidedly old fashioned chiller had he gotten his paws on it.  Still, I find there are several new touches added by Gus Van Sant that actually work rather well… 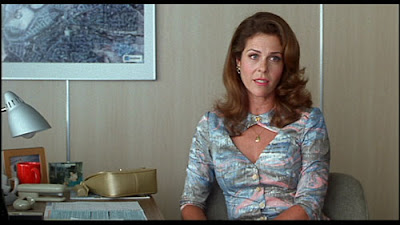 Rita Wilson as Marion’s coworker.  As played by Hitchcock’s daughter Pat, Marion’s office mate was clueless and self-absorbed.  But Wilson—aka Mrs. Tom Hanks—revels in the character’s underlying bitchiness, making the tension between her and Marion (Anne Heche) flamboyantly obvious. 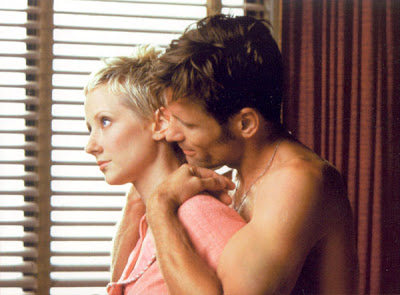 The bird outside Marion’s window.  In the original Psycho, Marion’s fate is foreshadowed by the shower nozzle visible in the background when she agonizes over the cash she’s stolen from her boss.  But Van Sant added another eerily prescient background touch: a live bird that alights outside the apartment, suggesting the stuffed ones Marion will soon encounter at the Bates Motel. 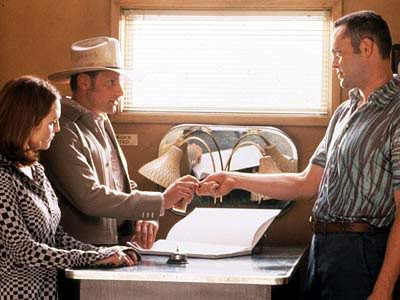 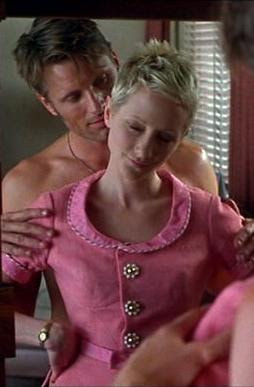 The costumes.  Beatrix Aruna Pasztor’s costumes for this movie are amazing.  The women, and several of the men, wear colorful, form fitting garments that flatter their figures and make bold statements about their characters.  P.S. I want Vince Vaughn (Norman Bates)’s blue pants in this movie, and his haircut, too. 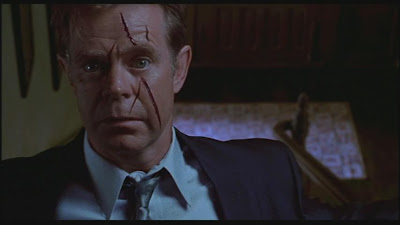 William H. Macy’s eyes. Seriously, his piercing green eyes are incredible.  Kudos to Van Sant for framing them so brilliantly in his interrogation scene with Vaughn.

A moment of hesitation.  The scene in which Norman unknowingly tosses Marion’s stolen money in her trunk along with her corpse was always a delicious bit of irony.  But Van Sant, or perhaps Vaughn, added a nifty bit in which he hesitates for a moment before dropping it inside, as if he wants to open up the paper but thinks better of it.  Of course the swamp gets the money because—altogether now—“these were crimes of passion, not profit.” 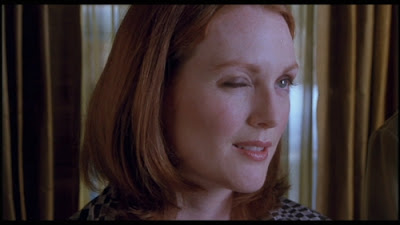 Wink wink.  Lila was always a firebrand, but as portrayed by Julianne Moore she’s tough and smart as hell.  Maybe that’s why, when she and Norman lock eyes at the motel counter, she deflects suspicion by winking flirtatiously at him.  An amused (aroused?) Norman winks back.  (On a side note, Heche suggests on the entertaining DVD commentary that Moore plays her as a lesbian.  Let the debating begin.) 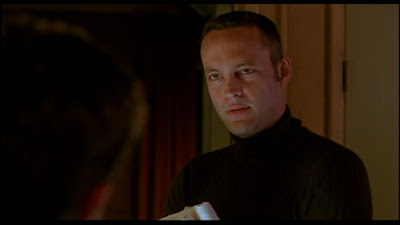 Man to man.  Hitchcock exploited the resemblance between Anthony Perkins and John Gavin for the scene in which they have an increasingly heated conversation in the office.  But in the remake, the tension starts the moment they come face to face in the doorway—and it’s decidedly sexual.  Considering Van Sant’s sexuality, and the heartthrob status of both actors at the time, the homoerotic undertones could easily be deliberate.