a look at 'skyfall' by karen g. 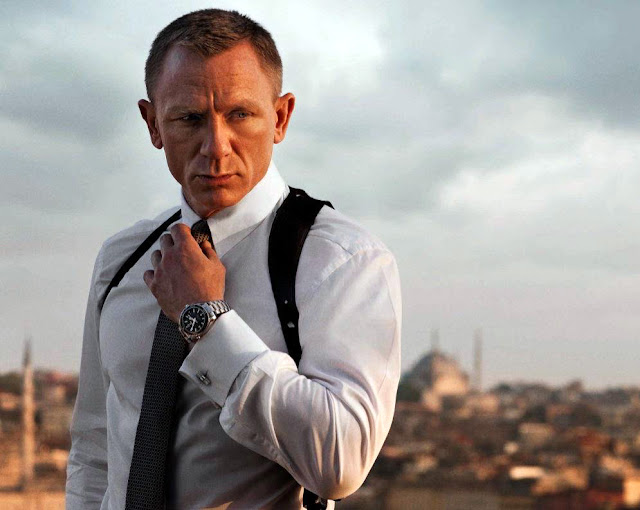 I was but a mere pup, fascinated by my father’s collection of classic literature, when one day, scanning his leather-bound volumes, I came across a dusty paperback written by someone called “Ian Fleming”.  I pulled this book from my father’s mahogany book-shelf and immediately asked him if it was there by mistake.  It was at that moment that my father, excited by his daughter’s interest, looked into my eyes and took the opportunity to tell me all about a book called: From Russia With Love. 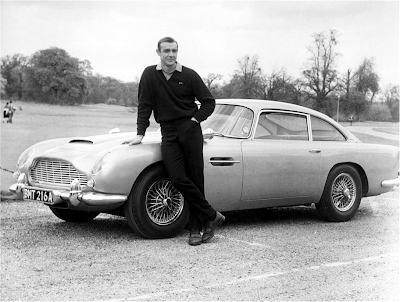 And like that, a reverent lover of all things espionage was born.  It had been some time since I felt completely blown away and in awe of a Bond film.  Being a purist in many forms, I was definitely more of a fan of classic Bond, and when Pierce Brosnan entered stage left, I exited stage right.  (The Brosnan years, were dark years for me).  My faith in humanity was restored when Daniel Craig recaptured the essence of the classic spy I knew and loved.

While Quantum of Solace didn’t blow me out of the water, I was a true fan of Casino Royale but didn’t have very high hopes for the 50th Anniversary Skyfall. I expected some big explosions, a few fun stunts and nothing more.  Boy, was I wrong. 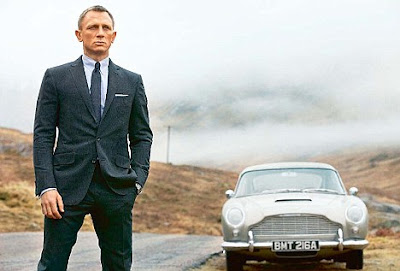 I was immediately transported back to the classic feel of what those Bond films used to be.  And the moment I was reunited with the DB5 Aston Martin, I turned into the starry-eyed Bond fanatic of my youth, bouncing in my seat, wishing the movie would never end. 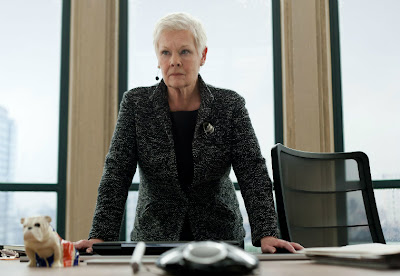 Skyfall (the 23rd movie in the franchise) centers on a malicious cyber-terrorist with strong ties to the reclusive “M” and her past.  Judi Dench shines as the head of foreign intelligence, slowly quivering under immense pressure when an important hard drive, holding the names of spies throughout the world is stolen.  M tries to remain composed through a hardened “I did what I had to do” attitude.  Her pain and anguish is captured beautifully in close shots of her eyes, trying to hold back a world of inevitable regret and infinite sleepless nights.  When MI6’s computer system is hacked, ever-efficient and practical M is left to look like an old woman who has compromised too much, and is probably ready for retirement.  She is disgraced by the terrorist who is slowly revealed as a man who is so obsessed with M, that he knows no other way but to destroy everything she is and was. 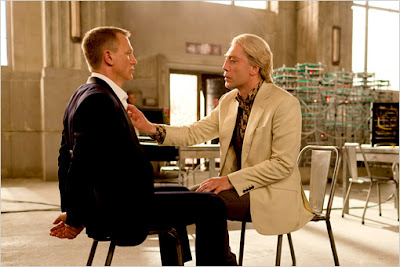 Javier Bardem is one of the most diabolical and enjoyable Bond villains I have had the pleasure of getting to know.  Memories of Auric Goldfinger danced in my head as I watched Bardem do his sinister and unsettling portrayal of a broken man, once loyal to the organization, now completely consumed by his need for revenge.  The chemistry and tension between Craig and Bardem is palpable.  Look out for a particularly nerve-wracking scene between the two as Bardem slowly starts to touch Craig in a heavily sexual manner. (I remember watching some men in the audience, with their wives or girlfriends, squirming in an extremely uncomfortable way as this particular scene played out).  One also sees Craig, portraying an older and less agile Bond, having his moments of self-doubt as the world of espionage he knows and respects is crumbling around him.

When all hope seems to be lost, Bond and M realize the only way to salvation is to face the one thing they both hoped to take to their graves – their pasts. 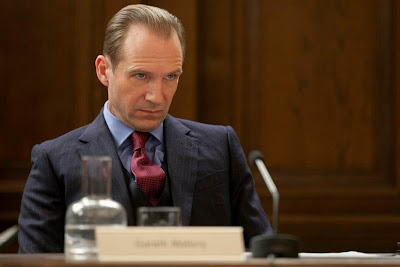 Skyfall is a symphony of hard-hitting action, jaw-dropping stunts and heart-wrenching emotion played out perfectly by a stellar cast.  An honorable mention goes to Ralph Fiennes who plays the salty Chairman of the Intelligence and Security Committee, Gareth Mallory.  Mallory makes no secret of how he feels about the agency’s “old ways” and need for fresh perspective and leadership.

My deepest and most humbling respect goes to Sam Mendes for successfully completing such a daunting task – remembering who the classic Bond character was, and making him relatable to today’s audience.  I truly believe Mendes has reawakened a whole new legion of Bond fans with Skyfall.