Eight short (very short) weeks after Coachella and another 3-day festival adventure has come and gone. As per usual, I arrived early to catch the lower billed bands, and stayed late for the headliners. I could not run a marathon to save my life, but somehow I'm really good at 10-hour music marathoning. Pro tip: it's all about the proper alternation of water and beer. Also, all the free Ben and Jerry's your body can handle. 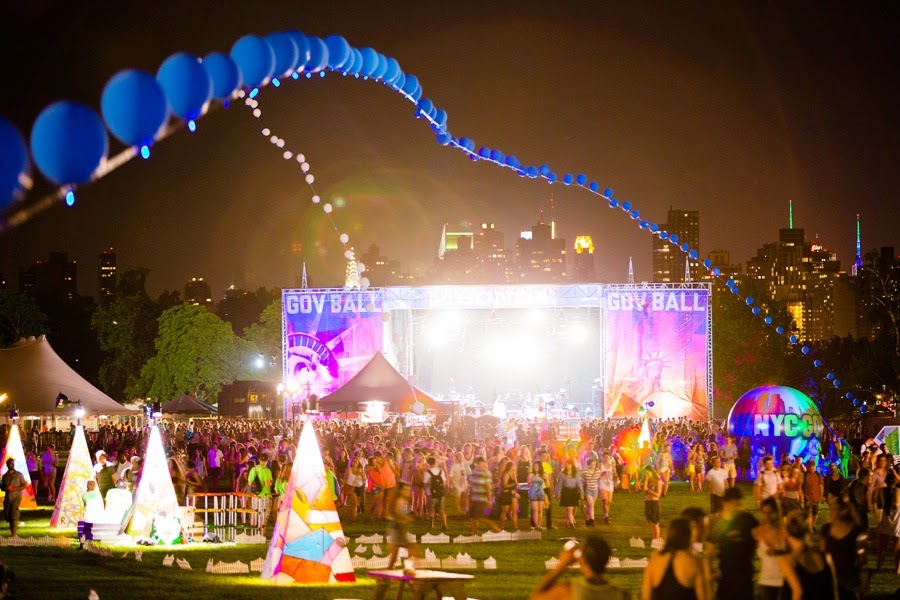 
Catfish and the Bottlemen

Nothing is making me happier these days than the rock resurgence happening in the UK. Everyone asking who my favorite band of GovBall was - it's Catfish and the Bottlemen. It surprised me, even. Having heard a couple tracks played on BBC Radio 1 over the last few months, they were at the top of my list but at the bottom of the lineup. First act of day two, small crowd, and they KILLED it! I felt proud. Definitely a band on the move. (Sampler EP available here).

One of my favorite debut albums from 2013, Half Moon Run has given a stunning performance every time I've seen them. Maybe you've noticed the drummer who also plays keyboard and sings simultaneously, but every guy on that stage is a multi-instrumentalist and incredibly talented. And they were so happy to be on that stage under the beating sun.

These New York locals hooked me last year with their "Deadbolt" single, and after releasing their debut album Schemers earlier this year, their brand of new wave garage rock took to the festival stage even better than I anticipated. It's raw and grunge-like and I love it.

I was expecting her to be a bit chill with her R&B grooves, and then she came out something fierce with the track below (and I'm pretty sure it was the SOHN remix). She is a self-proclaimed goddess and the crowd agreed.

Show #1582, this man is a songwriting non-stop gigging machine. His songs are fuel for the soul and anthems for activism, and his shows are a celebration of the intimate connection he's made with his fans. This is the kind of artist whose live shows blow the records away any day.


Not to be forgotten, the best dance parties of the weekend:

No surprise here, the brothers drew a big crowd even for their random afternoon set. All the classics, an appearance from AlunaGeorge for "White Noise" and new jams with Pharrell.

Somewhere between beer #2 and #3 of the 25oz Fosters, kicking off our shoes on the lawn to dance it out (and sweat out the alcohol) was an excellent decision.

Empire of the Sun

Crazy costumes and dancers are standard fare, both on stage and in the crowd. Hands down one of my favorite moments spent with friends the entire weekend.

This is how to end a festival, if your state of mind determines a rave to be a better time than Vampire Weekend. 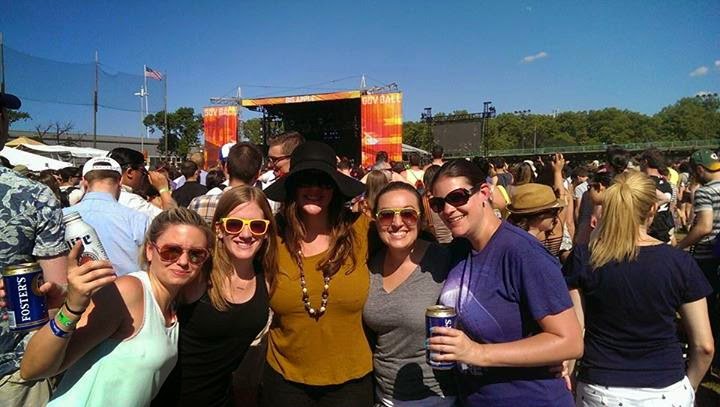 -Melissa Presti
Posted by MrJeffery at 8:34 AM