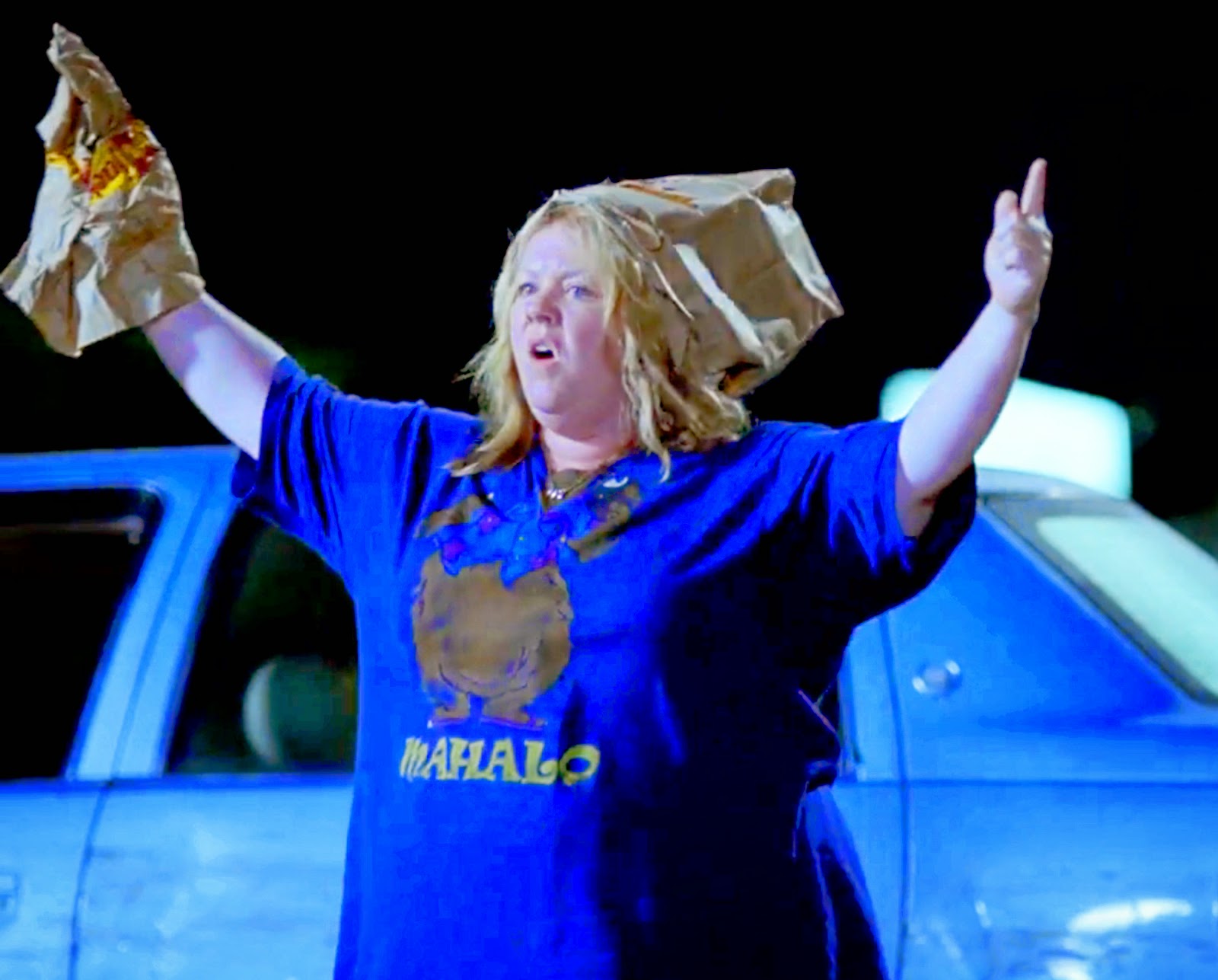 The new comedy Tammy has two huge draws: Melissa McCarthy, the energetic star of Bridesmaids and The Heat, and Susan Sarandon, who needs no introduction at this point.  The duo star as a luckless woman—in the first scene she wrecks her car by colliding with a deer, then gets fired and finds out her husband is having an affair with the neighbor—and her ribald, sassy grandma, embodied by Sarandon in a wig and prosthetics. Their chemistry and charisma, aided by a fine supporting cast, keeps the movie engaging even if it’s not quite as gut busting as you might hope.  The script, co-written by McCarthy and husband Ben Falcone (who also directs) further supports the film with some emotional heft.

Following her day from hell, Tammy wants to leave town, but when mom Allison Janney (pretty underused) refuses the use of her car, grandma Pearl offers hers—if she can come along.  The film then becomes a series of episodes, with bits like Tammy’s totaling of a jet ski (both she and Pearl swiftly dress down the irate rental clerk).  It’s meandering without a lot of structure at first, but it’s an amiable enough entertainment thanks to witty one-liners and the leads’ ability to go for it.  The scene in which Tammy amateurishly robs a fast food joint, touted in the trailers, is a highlight that justifies the episodic plot.  Eventually subplots like Tammy’s romance with a likable everyman (an endearing Mark Duplass) and Pearl’s health troubles and alcoholism converge into a character arc for Tammy and a grand reckoning for her relationship with her grandmother. Kathy Bates, effortlessly great as a lesbian relative, supports the more mature elements in her heart to heart with Tammy—while also getting to light a car on fire and blow up the aforementioned jet ski (!).

Tammy fails to make use of all of its terrific cast members—while McCarthy and Duplass are fun to watch as they move towards connection, and Sarandon is typically great (and clearly having a ball), stalwarts like Gary Cole and Toni Collette aren’t given enough to do.  But the movie falls into a subcategory of comedy I’ve come to enjoy, movies in which, even if they’re not always hysterical, really satisfy on an emotional level.

Posted by MrJeffery at 3:29 PM