8 queer characters in horror: a list by justin lockwood

October is Gay History Month in addition to being the lead-up to Halloween, so it’s the perfect time to spotlight some of the LGBT characters that have found their way into horror film and television.  I rank my picks in order from least to most positive—an order that roughly follows the films’ chronology.  The times, they are a-changin’! 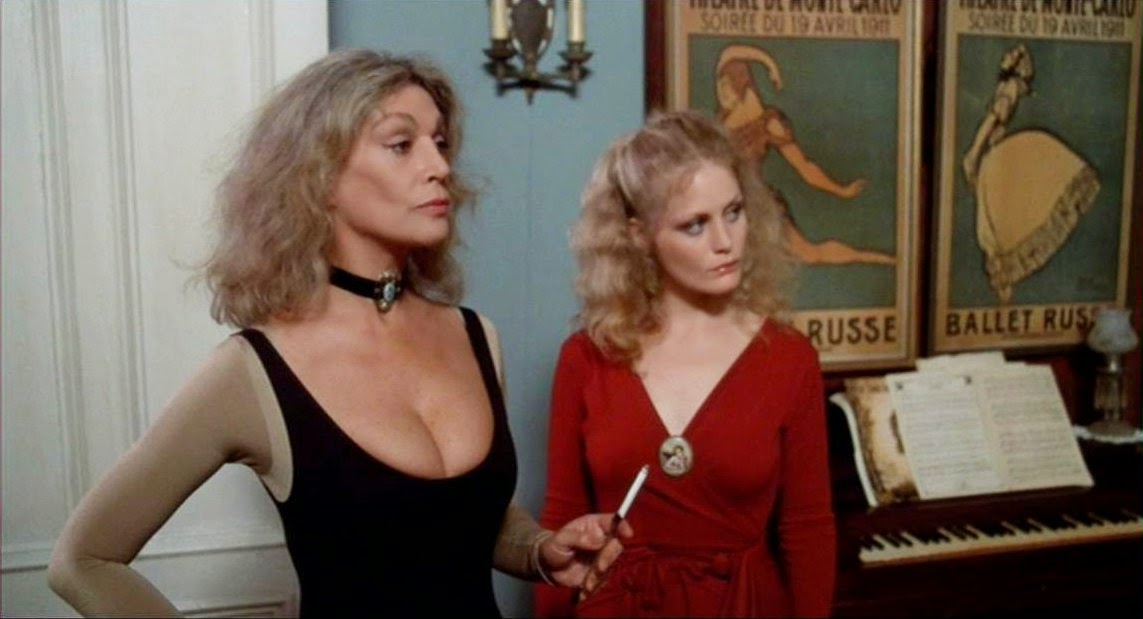 Gerde and Sandra (Sylvia Miles and Beverly D’Angelo), The Sentinel (1977)—Michael Winner’s gloss on Rosemary’s Baby is a lot of things, but politically correct is not one of them.  This pair isn’t just weird and off-putting—they wear ballet suits for some reason, and D’Angelo pleasures herself while lead Cristina Raines squirms in her chair—they’re actually demons.  But by the time Miles is seen feasting on brains, homophobia is the least of the movie’s crimes—it uses real deformed people to portray the other denizens of hell.  Incidentally, Miles gets one of the best lines when Raines asks her what she and her companion do: “We fondle each other.” ChadPat (Zachary Quinto and Teddy Sears), "American Horror Story" (2011)—Sparring gay lovers Chad and Pat are a step above The Sentinel’s ghastly lesbians, but only just.  True, the interior designers are suave and good-looking, but their relationship is a dysfunctional mess, and they fulfill numerous negative gay stereotypes, from Pat’s sex addiction to Chad’s superficial preoccupation with appearances; Chad covets Vivian (Connie Britton)’s twins, but plans to smother them with “a hypoallergenic pillow so they’ll always be cute.”  Considering that nearly everyone on the first season of AHS is both deeply flawed and guilty of some heinous act or another, though, ChadPat barely qualify as the worst of the bunch.

Miriam and Sarah (Catherine Deneuve and Susan Sarandon), The Hunger (1983)—In my sophomore year of college I had the distinct pleasure of watching this movie with a group of lesbians who’d never seen it before.  They didn’t know quite what to make of this ultra-stylized movie about an ageless vampire (Deneuve) who ditches her latest male companion (David Bowie) for Sarandon’s comely Sarah.  In true 80s fashion, the movie casts lesbianism through a veil of trendy bisexuality (Sarandon’s dating a man when we first meet her), fluttering curtains, and gratuitous slow mo photography (uh-oh, Sarah spilled wine on her blouse!).  It gets a split vote in terms of how it portrays its queer characters; Deneuve is a true villainess, but Sarandon’s character manages to come out on top.  Side note: the lead actress later sued lesbian magazine Deneuve for illegally using her name, forcing them to re-christen themselves as Curve. 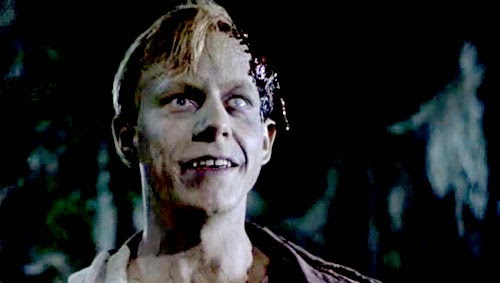 Victor Pascow (Brad Greenquist), Pet Sematary (1989)—Pascow is a truly original creation, a horrible disfigured apparition who nonetheless tries to help Dr. Louis Creed (bland but hunky Dale Midkiff) and his family avoid certain doom.  After the good doctor fails to save the accident victim, he appears in the same sweater and red short shorts he died in to caution Creed against using the Micmac burial ground.  His eccentric, fey delivery makes Pascow, in Greenquist’s own words, “a good fairy.”  You can say that again!

David (Gordon Michael Woolvett), Bride of Chucky (1998)—Queer Child’s Play creator Don Mancini really let his camp flag fly with this spoofy sequel that features Woolvett as a good-looking, likable homo who helps star crossed lovers Jade (a before she was famous Katherine Heigl) and Jesse (gorgeous Nick Stabile).  We’re obviously supposed to like David, which makes his shocking death pretty excusable—this is a horror movie, after all.  Besides, what self-respecting gay man would spurn a movie that features Stabile in an utterly gratuitous car washing scene?