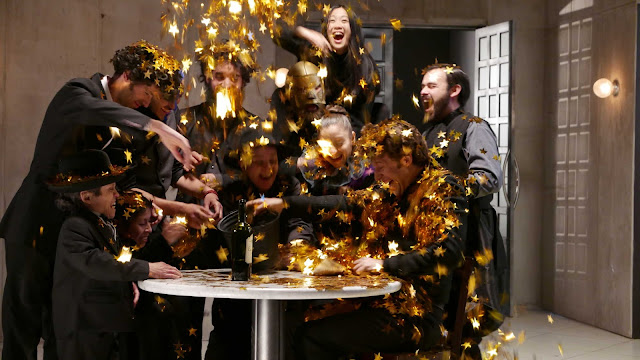 "To life! To life!" That's the kind of glass-in-the-air exclamations that Endless Poetry (Poesía sin fin) relentlessly makes and once that glass is drained, it's gleefully smashed against a wall. Now in his late-80s, director Alejandro Jodorowsky's film is raucous, occasionally outrageous, brazen and a heartfelt goodbye song; the "blazing butterfly" mentioned in the movie could describe the movie itself: a lily gilded with shiny gold spray paint smothered by gold confetti stars. It doesn't care if it's self-indulgent and opaque and it doesn't care if it's on-the-nose. It's Fellini-esque (a filmmaker Jodorowsky admires and obviously borrows from, specifically Amarcord) with its dense imagery: heavily-make-upped clowns and pizzazzy costumes and bosoms and sets upon sets. 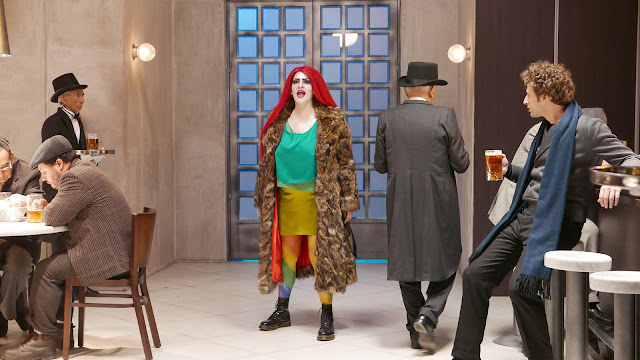 It's a family affair of re-imagined autobiography. The director's son Adan (in a rock-wild performance) plays himself as a young misfit Alejandro and the director's older, other son Brontis (who was the child in Jodorowsky's 1970 seminal midnight acid western El Topo) plays his hardened, disapproving father. We watch Alejandro as a poet in 1940s Santiago passionately love and tussle with artists and bohemians, including a fierce and broad Stella Díaz Varín (played by Pamela Flores, who also plays Alejandro's mother, antithetical to Stella, operatically singing all of her lines). Adan also scores the picture, with sweeping romanticism, that perfectly props up the movie's melancholy and extravagance. 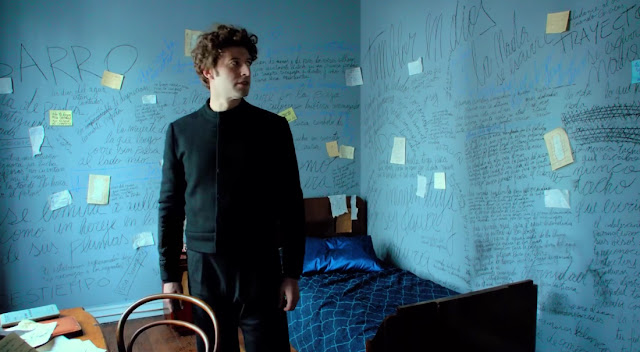 When Endless Poetry works, in its furiously meandering fits, it somehow is able to communicate complicated emotions sincerely--like the idea of aging as a gradual detaching from all things once so treasured and also, the paralyzing inability to stop, with one voice, the mowing down of a fascist political movement. Its death and forgiveness-themed coda is a memorable and haunting. Also, Jodorowsky's tribute to all who helped fund the picture, is so moving, that even if one finds the film too bewildering, they can't help but palpably feel Jodorowsky's expression of gratitude. ***1/2

Posted by MrJeffery at 8:36 PM