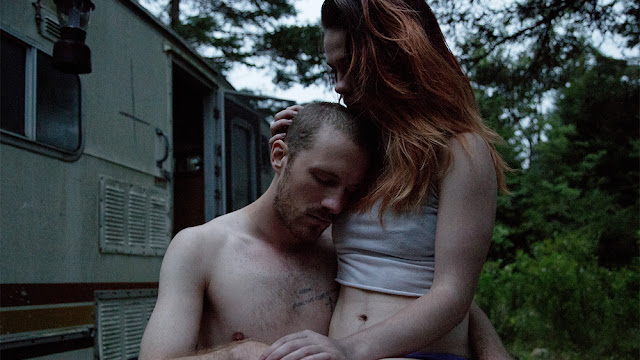 In the laconic, stark Canadian feature Werewolf, we are up-close--almost unbearably so--to the day-to-day plight of a couple scrounging by in the throes of methadone recovery. Filmed on Cape Breton Island in Nova Scotia, director Ashley McKenzie's debut feature is quiet and deftly controlled. The shots (the photography is by Scott Moore) are close and slightly askew. We see often see pieces and glimpses of our characters and their surroundings rather than centered full body shots and wide angled scenery. The sound design also establishes the glum, off-kilter stasis by incorporating hazy background noises like the murmuring of the side characters and the buzz of the lawnmower they hustle to desperately make a buck. Andrew Gillis and Bhreagh MacNeil play their roles so believably and so unaffected that I was engrossed in their quiet tensions. Gillis in particular shows a sweaty and simmering desperation that grounds the movie in a real way. His scenes where he argues with those he's at the mercy of--his methadone administrator, an affordable housing care worker, and a repairman who refuses to fix their mower for free--are subtly powerful and illustrate his character's entrapment in a cycle that's nearly impossible to transcend. *** 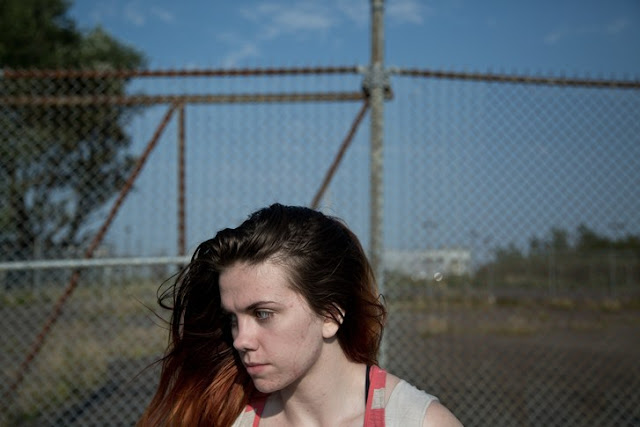 Posted by MrJeffery at 7:25 PM