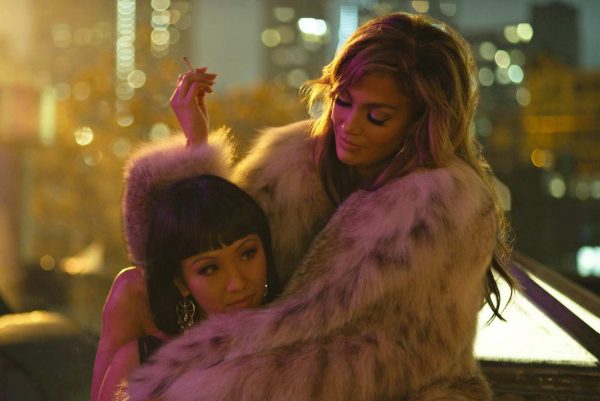 A couple weeks ago at Ruthie’s Boutique in Provincetown, I bought a used CD of the Jennifer Lopez 2011 album Love? The cashier held it up, studying the cover and said to me coyly, “Now look at her! She just turned 50. May we all aspire to be that.”

Weeks later in a packed theater in Jersey City, on a humid, misty night, you could sense electric crackling when Jennifer Lopez takes to the pole, cash flying about, to the tumbling (and apt) Fiona Apple song “Criminal.” In the same way Brad Pitt’s over-the-hill, how-is-he-still-shaggily-stunning? handsomeness is utilized in Quentin’s Once Upon a Time in Hollywood, in Hustlers--the deliriously entertaining film by Lorne Scafaria--Jennifer’s magnetic appeal and statuesque beauty adds to its allure. Lopez plays Ramona, a ringleader of sorts, who, along with a few other women under her wing, drugs and embezzles money from rich Wall Street types through the strip club she works for. Because of how elegantly Lopez creates such a compelling, yet compassionate (“climb into my fur” she says, sprawled out in chinchilla and studded heels) figure—its easy to see how club newcomer "Destiny" (played beautifully by Constance Wu) would be so enamored.

Based upon a lauded New York Magazine article by Jessica Pressler, Hustlers strives for on-the-nose social relevance: business going bust after the stock crash of ‘08 is the main impetus of Ramona’s enterprise of schemes du rich dude doofuses. The movie, with its brazen, of-the-moment ensemble (a very fun Cardi B and flute-tootin' Lizzo feature in bit parts), flashy, brand-heavy costuming (by Mitchell Travers), and the slick soundtrack of twinkling Chopin piano pieces interspersed with late- 2000s into early-2010s shiny house ephemera tunes (for me, Britney’s “Gimme More” has always conjured the bubble-about-to-burst American economy, hearing the song thumping at a midnight sale of her album Blackout in the now-shuttered Virgin Megastore of Union Square). Hustlers is Scorsese-light in that it never gets too sprawling nor too grim, but Scafaria shows chops as a gifted, polished storyteller. This is a movie that glaringly embraces its capitalistic glow, deviously celebrates its hollowness and leaves us with a smarmy strip club announcer to call us out as the lights go up again and we go out aspiring to be whoever we want to be. ***1/2