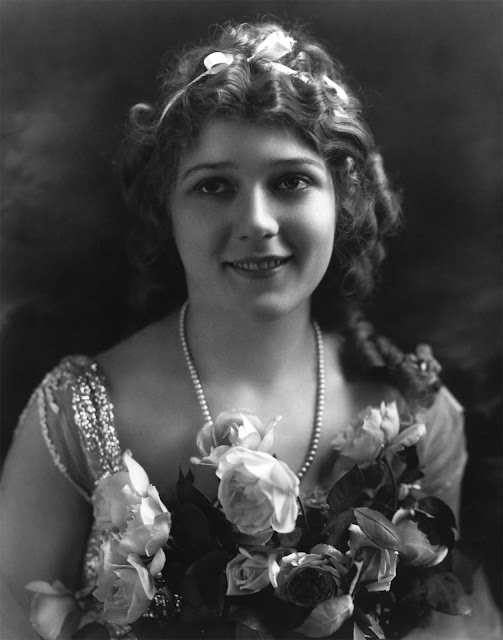 Here's another poem of mine that was first published in audio form on the podcast Other People's Flowers. I was inspired by Mary Pickford.


Like the dreams of Fontaine
in Rebecca, up the brick drive,
doors of high gloss red, the hide
of a zebra—up past the portrait
of myself lit by candelabras—up
the cream carpeted stairs—
a hushed cocoon where I sit
in my yellow silk armchair.

I am in moonlight raising the dickens.
I am in a walk in the woods, black
heels clicking upon rock, I stop
before a stream and suddenly Fairbanks
lifts me, carries me across. I am in

a flowered hat, aglow in the Belasco.
I hold the crowd in the palm
of the end of my mind. I temper

the gestures of the five cent picture
gutter players—playing it light
with a side eye glance, an unexpected
laugh up at the sky. My clothing light—
not like Midwest locomotives
or mother’s sewing machine
hammering in moonlight. I wrap
my body in a white glittered cape

for the bulbs. Beverly Hills,
how can you be so cheery—
auctioning my mountain of loss?
They paint me in profile—a yellowbird
on my fingertips. A spitfire

of cascading curls in a tattered ragdress.
I kick a hat in the dust. Smoke over hills,
over the fallen, over the paper tipis.
Pianos tremble rag. The hushed cocoon
of the biograph crews. D.W. Griffith’s
spittle on the silvered lip of his megaphone.

Once I pulled myself back from the top
hotel window—transfixed
by pavement. Not too long after
the world would begin to leave
me behind for sultry, silt, and sound.

For the crowd, I hold up one foot
of Chaplin’s and Fairbanks holds
the other: artists united. I am easy
to be forgotten in overalls with one
strap undone. Five feet tall, a fighting

American. I dust off my gloves
and carry on.The audience roars.
High in Beverly Hills, the eighteen acre estate—
me and Amelia Earhart out chit-chatting
on the lawn. All the little ittybitties to watch us
in the whirring reels. In a rewound shot,
I am a daughter kissing myself as a mother.

Hear her golden voice, reads the marquee.
Blonde bob, lipsticking and mirror-posing –
poofed skirt, jeweled clutch dangling,
I open a box of flowers from Michael Jeffery,
and I clasp my hands, and I look up, to say,
in my cutesy voice of gold,
“Aren’t they just adorable.”

Can one be corroded by alcohol
and fear? Shares sold. Holed up
in Pickfair. This was the face
of the most popular woman
in the world. Tempting to say
“America’s Sweetheart”—
dolls and curls and apples
bit into. Termites have infested Pickfair,

says Pia Zadora. And the dead.
Pia Zadora of “When the Rain Begins to Fall”
from Voyage of the Rock Aliens. Pia
of Butterfly and The Lonely Lady.
I am one of the ones from the dead—
the a lady who can’t leave it alone
who drives Pia Zadora to tape
an episode of Celebrity Ghost Stories.

People in Hollywood holding up
poster-boards—Help us save Pickfair.
Not too many people to care
in these glossy passing cars
of twenty-twelve and maybe it’s better

to raze it, Zadora then to keep it
as something else—a palladium
of your ornaments with a sensibility
of the nineteen-eighties (the height
of your stardom)—a decade I just missed,
Thank God. Sooner or later the rain

begins to fall—wind-whipping rain
and things begin to disintegrate
and I begin to drink—and why shouldn’t I?
Sooner or later you can’t take it, Zadora.
I raise the dickens and you raze it, Zadora.
Burn it to the ground. 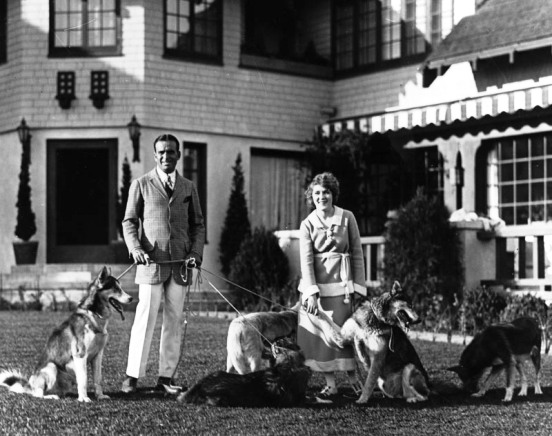 Posted by MrJeffery at 6:10 PM