lookin' for the magic 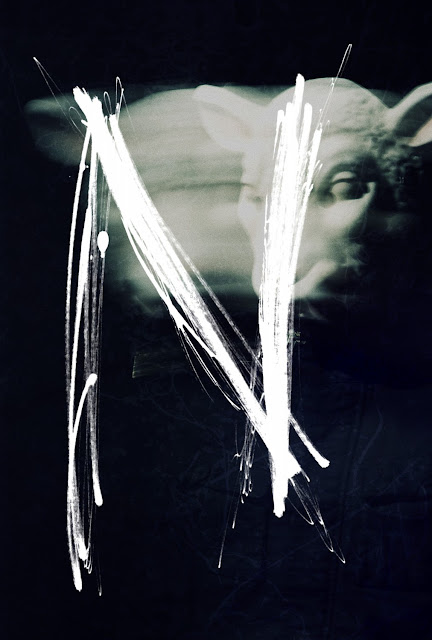 Some thrills, bits of black comedy and a kick-ass heroine shape Adam Wingard's You're Next, a 2011 home invasion horror flick released smartly this late-summer by Lionsgate (the eerily coy trailer featured Lou Reed's "Perfect Day") after festival buzz. Wingard situates his tale in a rambling English Tudor in a remote woodsy landscape where husband (Rob Moran) and wife (Barbara Crampton) are celebrating their 35 year anniversary by gathering their family together. Once the patriarchs and their kin--all nervous and forlorn and somewhat combative with one another--and their unwillingly-dragged-there significant others sit down for dinner, they are suddenly attacked by bow and arrow wielding assailants in dime store plastic animal masks.


As he showed in his cheeky retina cam freakout for V/H/S 2, Wingard is best at creating mood and having some fun with the material.  The familiar slasher conceit opening is set to a disarming wavy 70s power pop tune (Dwight Twilley's "Lookin' for the Magic" which is remade by band Mind the Gap for the End Titles) played on repeat on a CD disc changer.  Like much of today's best terror cinema, like this year's spook house spectacular The Conjuring, the movie drips with nostalgia for the VHS horror rental era. There's also a few electro-rock digs in the effectively simple score (by Mads Heldtberg, Jasper Justice Lee, and Kyle McKinnon).


I was able to forgive the sloppiness of the plot and Simon Barrett's script (the film does lose its way and tension once the intruders are unmasked) thanks to its nervy humor, fearless survivalist-trained Aussie final girl (played by Sharni Vinson), the well-honed setting, and the general sense of filmmaker and cast comradeship the film exudes (Wingard's cast includes indie-horror prince Ti West and many "Mumblecore" cohorts plus Chopping Mall / From Beyond starrer Crampton as in-joke). 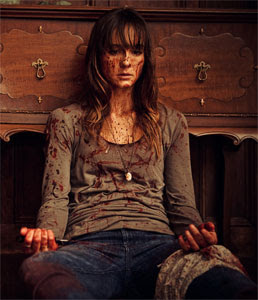 I wish the movie lingered around more through the mansion a la Ti West's House of the Devil, but I think there's likely more than meets the eye on first viewing.  The shaky cam gets carried away and too obvious during the kills when the movie feels at its best mimicking the steady appearance of that stately manor.  But we do end up being treated to a pretty spectacular death via blender. ***