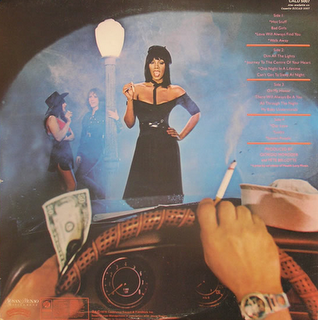 Donna Summer is well-known for her overplayed hits on her epic album Bad Girls (the title track and "Dim All the Lights"). The modern audience may be a bit tired of her. We've seen and heard it enough. We watched her in a black pantsuit on a well-performed but calculated VH1 performance that lacked any of the gloss or excess of the Studio 54 era. "Hot Stuff" conjures the image of Pizza Hut stuffed crust pizza. And too, disco still gets a bad rap from some music snobs. This excellent article by Simon Price points out how disco has inspired many acclaimed indie and alternative music acts. 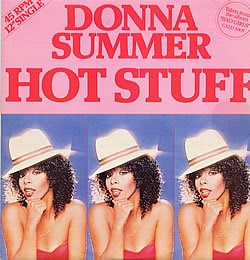 Yet, Donna Summer's Bad Girls still sounds great and relevant today, especially in an era of a lot mindless pop, and the album's influence is everywhere. New Order's "Blue Monday" riffs off of the stuttering beat of "Our Love." It's a long record for the period (over 70 minutes and 2 LP's) and a varied one to boot. Aided by the skilled production and songwriting of Giorgio Moroder and Pete Bellotte, the songs blend seamlessly into each other. Besides the singles, which were played on many radio formats including rock, the album is a bit sparser on orchestrations than one would expect of a disco record. Harold Faltermeyer provides some memorable tunes including the country ballad "On My Honor." And then there's Summer's voice, which has remarkable moments of height and some quiet restraint. On one of her own penned songs, "My Baby Understands," she seems to blur the line between assurance and fear. It's a late night album (the streetgirl image, which inspired the title song, of the album art is quite appropriate). My favorites are the final trilogy of songs: "Our Love," the shimmering "Lucky," and the rhythmic finale of "Sunset People" which makes me think of a bygone era.
Posted by MrJeffery at 7:16 PM