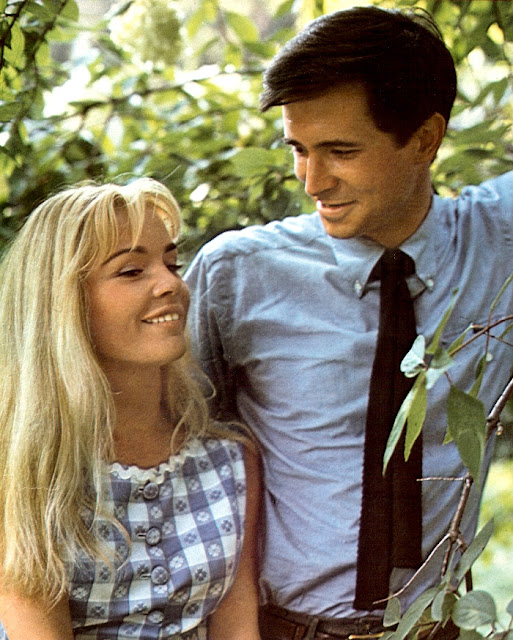 Noel Black's 1968 film Pretty Poison remains an offbeat, somewhat coy and twisty psychodrama.  With subtlety and unusual verve, Anthony Perkins plays another disturbed young man to perfection.  Since his Norman Bates was so powerful and legendary, it's often difficult to warm up to Perkins's portrayals of nice guys but since Dennis Pitt is a little bizarre (and sort of funny), it's a role well-suited for him.   At times Black seems keenly aware of Bates and the imagery of Psycho--even offering us an overbearing mother (played with camp appeal by Beverly Garland) and a menacing owl.  Pitt, on leave from the mental institution, gets a job at a factory in a sleepy town and by masquerading as a CIA agent, wins the affection of young, seemingly naive teenager Sue Ann (Tuesday Weld).  As she longs for excitement and adventure, the two of them end up botching a series of crimes.

Pretty Poison, much lighter and quirkier than its predecessor Bonnie & Clyde, is cleverly written by Lorenzo Semple, Jr (who would later pen murky morality tales like The Parallax View).  With its contemporary feel, it seems to have been an influential film and reminded me a bit of True Romance. The look of the movie is also distinct and textured, including the vivid costuming by Ann Roth.  There are many unique elements but Weld is particularly striking.  With her tremendous cascade of blonde hair and flirty energy in her kitten heels, she makes an unlikely, memorable late-60s femme fatale. ***