when we played our charade 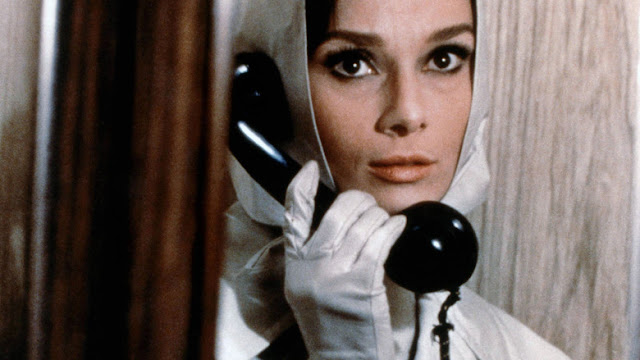 What took me so long to finally sit down and watch Stanley Donen's grandly entertaining Charade?  Well-acted by its charismatic cast, lushly filmed (both on location and on gorgeous sets) and cleverly plotted and written by Peter Stone, it's the perfect antidote to gloomy February blues.  Regina Lampert (Audrey Hepburn) is a seemingly innocent recent widow whose late husband seems to have been involved with a ring of bad guys looking for loot.  That ragtag group of men are memorably played, especially by George Kennedy with a hook hand.  She also meets up and becomes smitten with a mysterious man (played by Cary Grant in a resplendent performance near the end of his career) who goes through a riffle of different identities and names.  A very young-looking Walter Matthau plays the detective working for the American Embassy who's trying to help Regina. 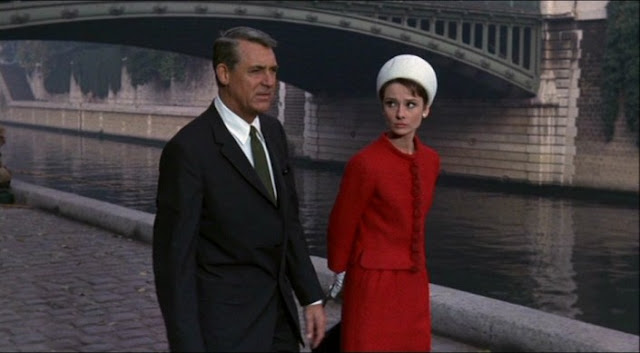 There's too much to spoil here so I won't, though I suspect many have seen this film and enjoyed it (there's not much here to dislike!) and its ability to unravel different plot twists in a cheeky, endearing manner rather than being annoyingly manipulative.  The Bacall-Bogie-like exchanges are exemplified by the wonderful and appealing leads and Stone's sharp dialogue.  Henry Mancini's lovely main title song is well used in the score.  I noticed a lot of children (including one delivering a pretty endearingly terrible performance) running amok which seemed to symbolize the youthful playfulness of the movie (a lyric from the Mancini song: "we were like children posing / playing at games, acting out names / guessing the parts we played").  In public domain because of a Universal Studios snafu, this is a real treat preserved on Criterion Collection, with its gorgeous look (Givenchy costumes! delectable color cinematography! and gilded sets shrouded in shadow!) and its many special features.  Charade is often compared to Hitchcock though I think Donen's work here stands on its own.  It's a much fluffier picture than most of Hitchcock's repertoire but I found it stronger than the Master's To Catch a Thief, which is probably its closest match in terms of style and substance.  Like 8 1/2, Hud, The Birds, Lilies of the Field, Billy Liar, and Contempt, Charade is another great film from 1963 that had a profound effect on cinema of the sixties and beyond.  I think these films are enduring classics because of their playful distortions of convention. ****

Be sure to check out Bruce Eder explaining how Charade was unusual for being, at the time, "the only successful take on the genre to place a woman at its center". 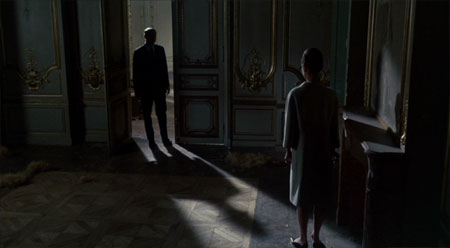 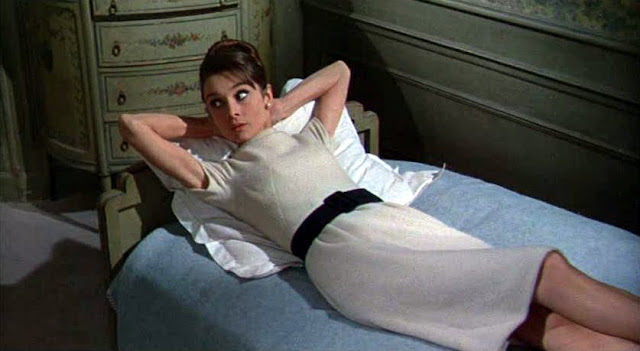