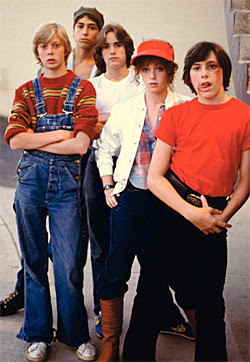 Over the Edge is eighth-grade film-making at its finest. And I mean that as a compliment. It's the sort of rollicking movie someone in junior high might visualize about their junior high experience. Backed by an operatic score (by the director's father Sol Kaplan) and catchy, pop/rock rebel soundtrack (Cheap Trick, The Cars, and the Ramones) and starring an enigmatic cast (including 14 year old Matt Dillon, in his first feature) of restless feather-haired teens, director Jonathan Kaplan somehow vividly and naturally captures adolescent vague malaise in a way that doesn't seem calculated or preachy.  Kurt Cobain has said, "That movie [Over the Edge] pretty much defined my whole personality. It was really cool. Total anarchy."  Over the Edge was the visual inspiration for his band Nirvana's iconic music video clip of "Smells Like Teen Spirit."  It's also reason one thousand why I love 70s cinema and why I miss it so. The movie (based upon true events in a San Francisco Examiner story entitled "Mousepacks: Kids on a Crime Spree") takes place in fictional New Granada (shot in Colorado) -- a barren, upper-class desert town about to be re-zoned for a swanky condominium make-over.  The film closely follows the lives of the aimless youth townies (their clueless parents are estranged and on the outskirts of the story) as their prankstery petty crimes eventually build to tragedy and a climatic fiery uprising at their school. 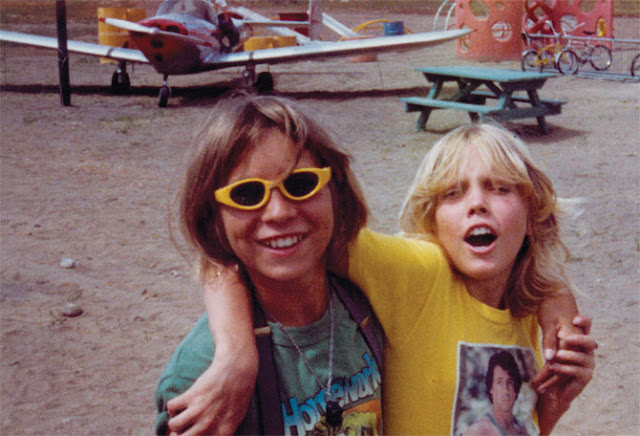 Over the Edge is distinctly a 70s American movie (previous year's hit Grease could be its sunnier bad teen sidekick) -- the kind with a villainous, distrustful view of authority and overriding sympathy for the flaws and follies of outcasts and underdogs.  It's hard to discern how much of the film's brilliance (its naturalistic performances and dead-on accurate detailing and costumes: denim, suspenders, goofy shades and back pocket combs) are a result of happenstance or careful attention.  The cinematography by Andrew Davis (who would later go on to direct films like The Fugitive) is particularly skillful and arresting.  What makes it unique from teen movies of its kind is that its shot both like a European art house flick and a Western (hailing back to The Wild Ones).  Davis: "It was an interesting place to shoot. The locations were gritty and desolate and real—ugly and sterile, but with some beauty. I had grown up in a tract-housing development built on slag heaps next to the steel mills in Chicago. They were built for G.I.’s to live in after the war. I suppose I was kind of used to finding the beauty in such places."  The songs too add to the film's authenticity.  Kaplan was disappointed he couldn't use The Who's "Baba O'Riley" for the closing number but Valerie Carter's gorgeous  cover of "Ooh Child" ends up giving the movie a poignant sense of optimism.

Because of concern over uprisings and violence (it came out the year of The Warriors and Rock n Roll High School), Over the Edge got a limited release, later finding a short-lived following on cable television.  The film lives on though in its Generation X influences and in movies like Dazed and Confused and Boogie Nights; it seems like it could have shaped the work of indie filmmakers like Harmony Korine, Sofia Coppola and Gus Van Sant (those big, beautiful shots of cloudy skies) too -- Dillon would later figure in his Drugstore Cowboy.  But the theatrical pat-down of the picture sort of signaled the end of an era of subversive, realism-driven Hollywood pictures and the beginning of one based upon fantasy, MPAA ratings and box office potential.  ***1/2


See also a perceptive (and personal) take on the flick from Acidemic.

And an in-depth article with quotes from the cast and filmmakers on VICE.
Posted by MrJeffery at 1:00 PM