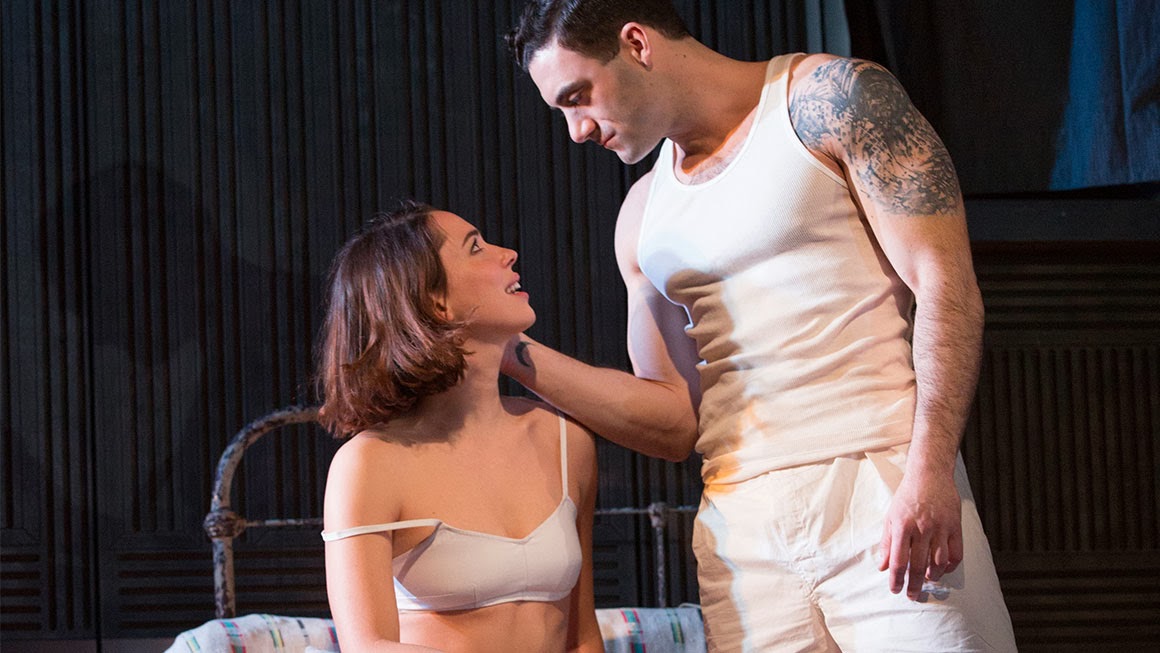 Ghostly, cerebral, and nightmarish, the latest stage production (from Roundabout Theatre Company) of Sophie Treadwell's 1920s Machinal is a hard one to shake and a stirring look at a young woman's life undone by her powerlessness and the dehumanizing technology around her. A free-spirited adventurer at heart, as evidenced while having a quick rendezvous with a dashing stranger (played by Morgan Spector), the unnamed protagonist (Rebecca Hall) is locked into a loveless marriage with a robotic rich man (Michael Cumpsty) who phrases things strangely and unfeelingly not unlike Mitt Romney in his 2012 Presidential debates. 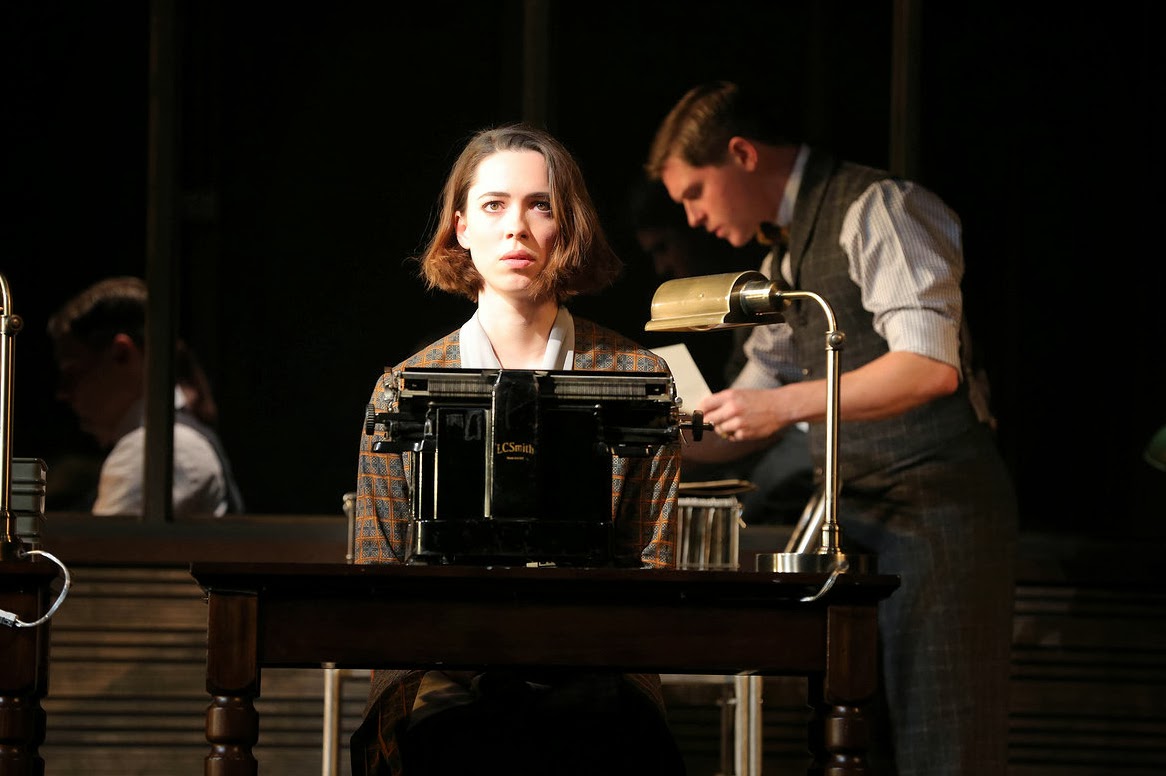 Lyndsey Turner's handling of the story is heavily stylized but striking visually, with an impressive revolving set by Es Devlin (it's truly breathtaking and works beautifully with time jumping of the storyline and the relentless, "machinal" circling of the play's themes), gorgeous, Hopper-esque lighting (Jane Cox), vibrant sound design (Matt Tierney) and a thrumming, sometimes dissonant electronic score by Matthew Herbert. Gawky, pale, and tall, with full lips and a 20s bob, Rebecca Hall works out a heavy and difficult part.  An acclaimed stage actress but also a notable presence in movies (I loved her particularly in underrated turns in Vicky Cristina Barcelona and Please Give), Hall has a tremendous presence. Even in her silent moments, you can sense the tumult of the inner cranks within her.  Just watch the way she moves about the room with Sherlock (one of the only scenes where she seems happy) and fusses with her hair (a motif) and puts on stockings--it's so fluid and natural. Hall is saddled a bit with Treadwell's crescendoing "poetic" interior monologues, which were likely brazen and breakthrough at the time but now are somewhat leaden, yet Hall commits to them with fervor and fury. She and the rest of the cast (often in different parts and within the set's shadows) work well with Treadwell's purposefully dense and rhythmically, grammatically off-kilter dialogue.

The story moves into a predictable crime melodrama that feels familiar by now from all the various revisions we've seen of Ruth Snyder's infamous tale (of which this play is loosely based) and Jazz Age femme fatales (including Chicago).  This was undoubtedly a gloomy era for women and their prospects, especially if they didn't assimilate into a conventional role.  Knowing the context of Treadwell's piece (she was one of the few women playwrights of her time) combined with Lyndsay Turner's striking direction gives Machinal a spooky, urgent edge.