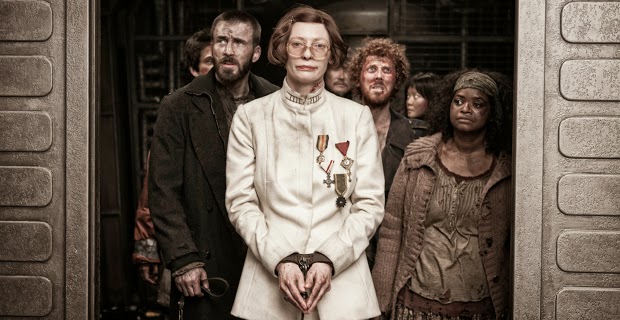 
This movie was fantastic.  The dystopian sci-fi thing’s been done to death; so has the 1% versus the little people allegory.  But Joon Ho-Bong’s tale of a near future in which Earth’s survivors are forced onto a train after the planet freezes over, and the impoverished “coach class” stages a revolt against their oppressive overlords, is completely original.  By turns scary, funny, dramatic, and philosophical, this is a movie that builds its world thoroughly and unforgettably.  Tilda Swinton stands out as the hilariously snobbish face of the ruling class, but the whole cast, from veteran actor John Hurt to Chris Evans and Octavia Spencer, is terrific. 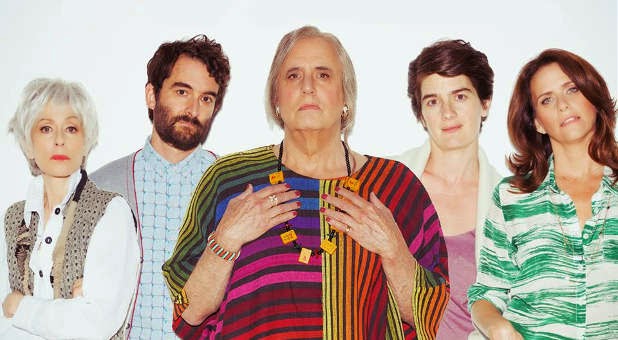 
What great television.  Amazon knocked it out of the park with this fiercely original dramedy about a transwoman (Jeffrey Tambor, let’s go ahead and call him an Emmy winner already) and her dysfunctional adult children.  Show runner Jill Solloway has crafted a gorgeously shot, utterly believable program that does a better job than most indie movies at depicting messy modern life.  The fact that the kids are sometimes hard to like is probably part of the point, but you won’t be bored watching them, or their “mappa.”


I don’t care what the haters say.  Lana Del Rey is a goddess.  With her sultry delivery, often graphic lyrics, and hypnotic beats, she’s a true original.  Ultraviolence isn’t as good as her first album—does anybody beat the sophomore curse?—but it’s got four incredible tracks (“Fucked My Way Up to the Top” is probably my favorite) and nary a false note on the rest. 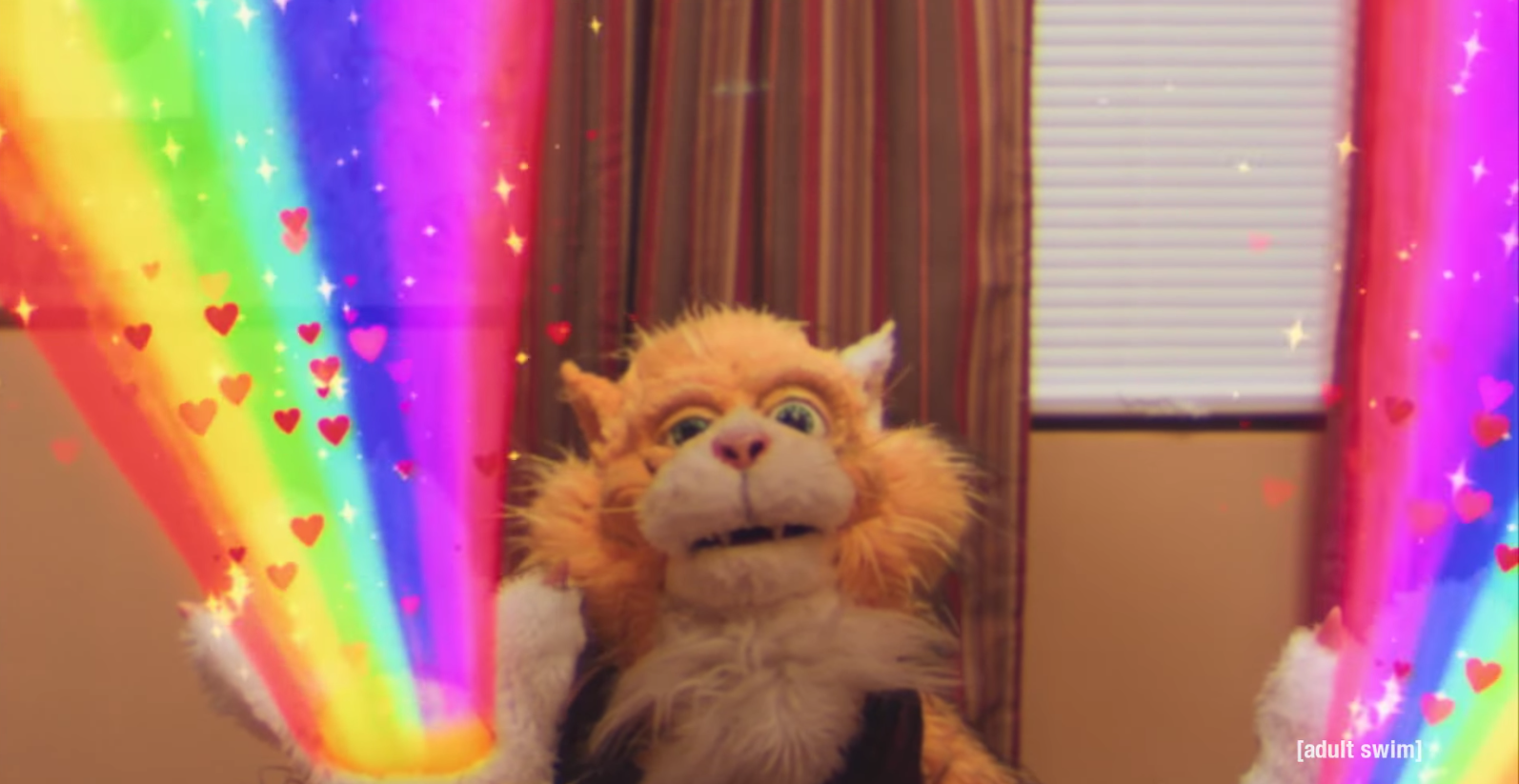 
Yes, that “Too Many Cooks.”  You may think of it as just that viral video with the annoyingly catchy theme song, but I was stunned by this oddity’s creativity and its potent subtext about our media addicted culture. 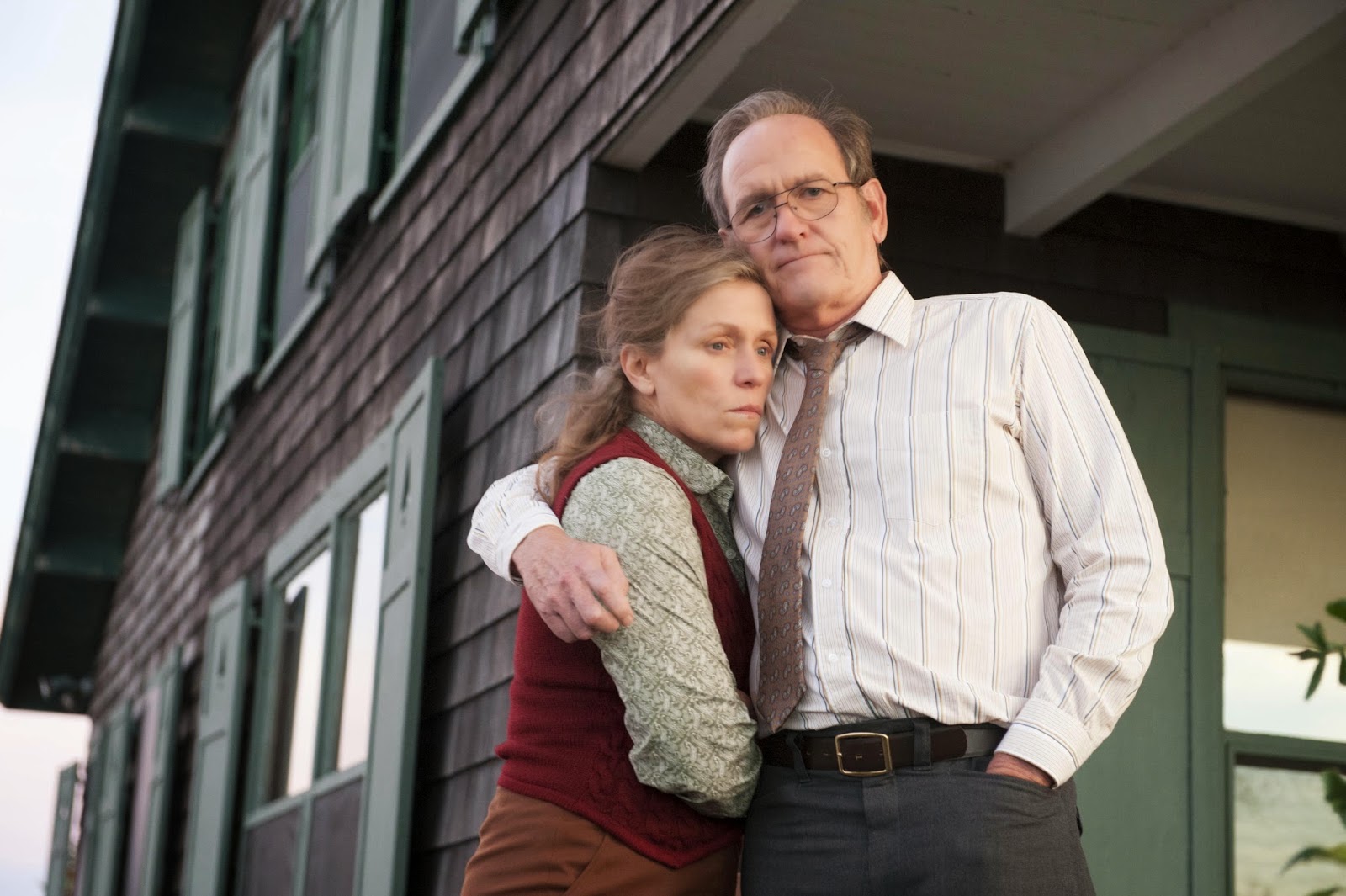 
I discovered this HBO miniseries almost by accident—I’d never heard of it, my roommate was curious—and it turned out to be one of the best things I saw all year.  Director Lisa Choldenko evokes a strong sense of place in this New England character study boasting top notch performances by Francis McDormand, Richard Jenkins, and Bill Murray.  It's effortlessly real and engrossing. 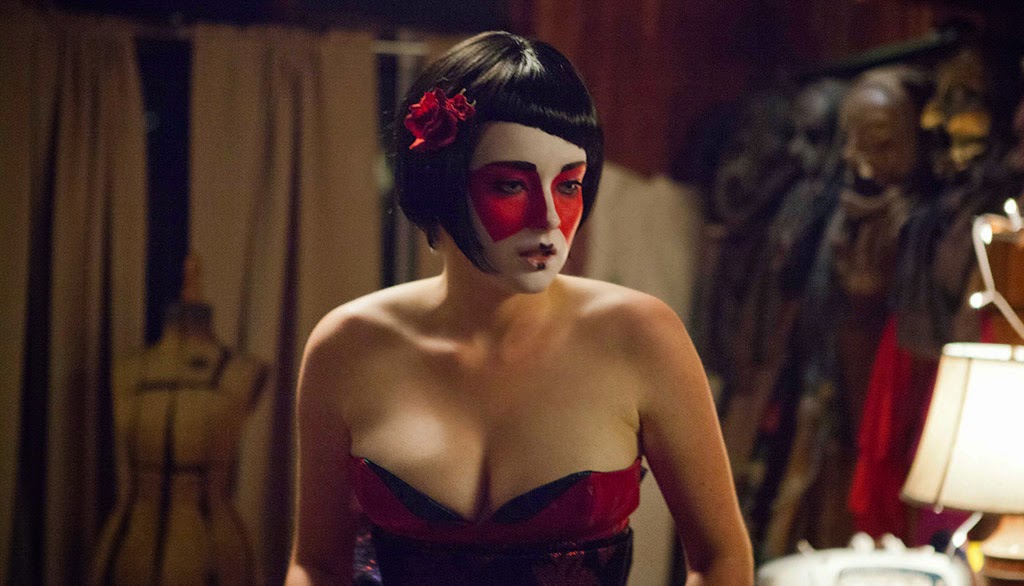 
I’d been looking forward to this slasher musical for a few years, so if I was a little disappointed, I may have been suffering from high expectations.  Jerome Sable and Eli Battalion’s movie is a campy extravaganza with an excellent score, fine performances, and wit to spare.  It’s probably the most fun I had at the movies this year. 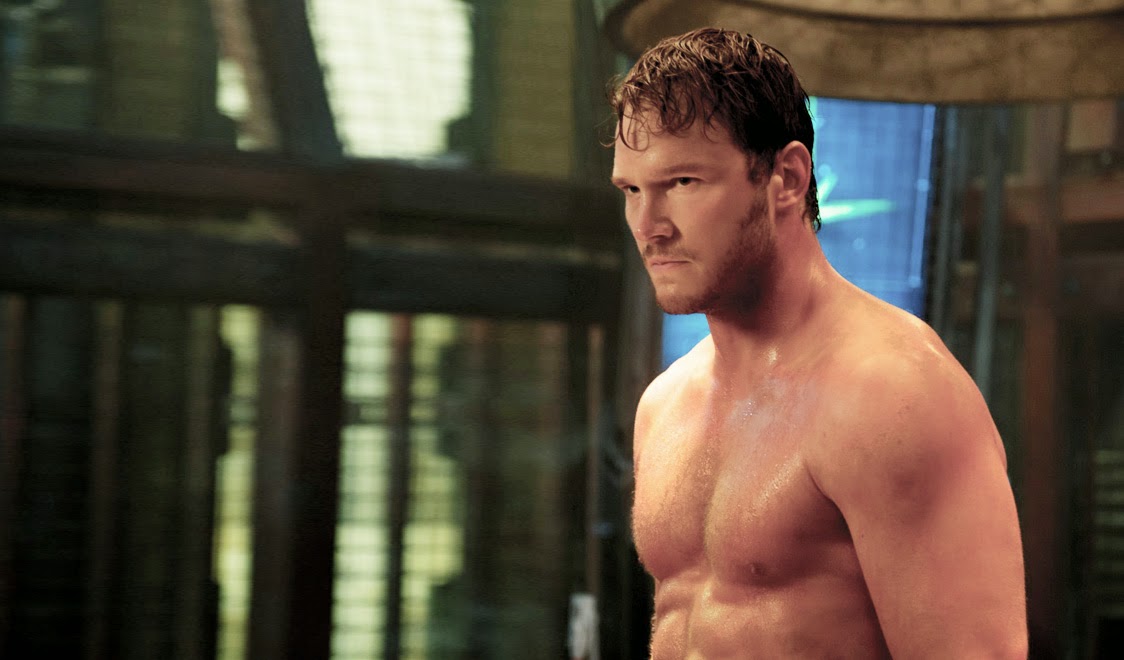 Guardians of the Galaxy


Speaking of fun, Marvel’s “riskiest” production turned out to be its best.  James Gunn’s saga of interstellar misfits benefitted from a great script, delightful performances—even the ones by CGI talking trees and raccoons—and the best 70s soundtrack since Running With Scissors.  If every summer movie was this good, the industry would probably be saved. 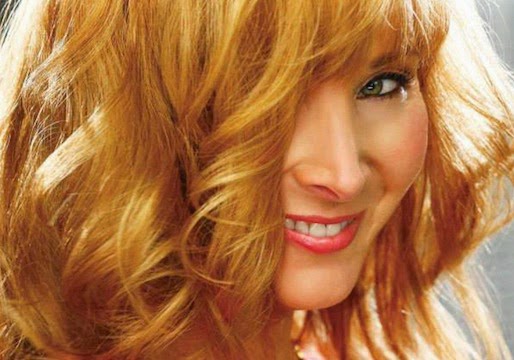 
I was lucky enough to discover the cult favorite "The Comeback" this year, just before star Lisa Kudrow and co-creator Michael Patrick King revived it on HBO.  The new season nails the original’s curious blend of awkward humor, pop commentary, and emotional poignancy.  Kudrow is perhaps even better this time around as the desperate, long suffering former sitcom star who’s subjected to endless indignities when she signs up to play a skewed version of herself on her old enemy Paulie G’s “edgy” HBO show.  The show, meanwhile, imbues its merciless satire with genuine heart and humanism. 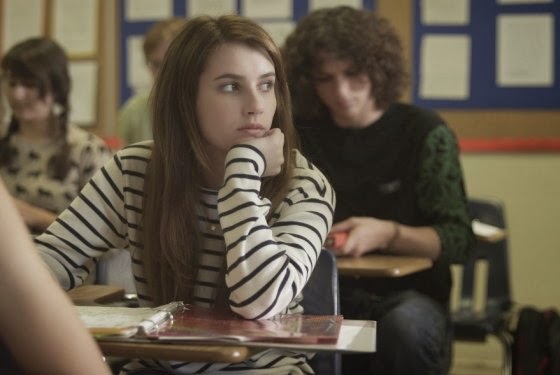 James Franco’s thisclose to eye rolling punchline status for his endless stream of projects, but Palo Alto, adapted from his short story collection and costarring the man himself, is outstanding.  Director Gia Coppola—seriously, what is it with that family?—proves herself both a dazzling visual stylist and a skilled director of actors.  It’s one of the best movies about teenagers I’ve ever seen, with the kids played by excellent performers like Emma Roberts—probably our best young actress these days—and breakout Nat Wolff.  Even Franco acquits himself admirably by playing a hunky soccer coach who spoofs his real-life persona almost as well as This Is the End did. 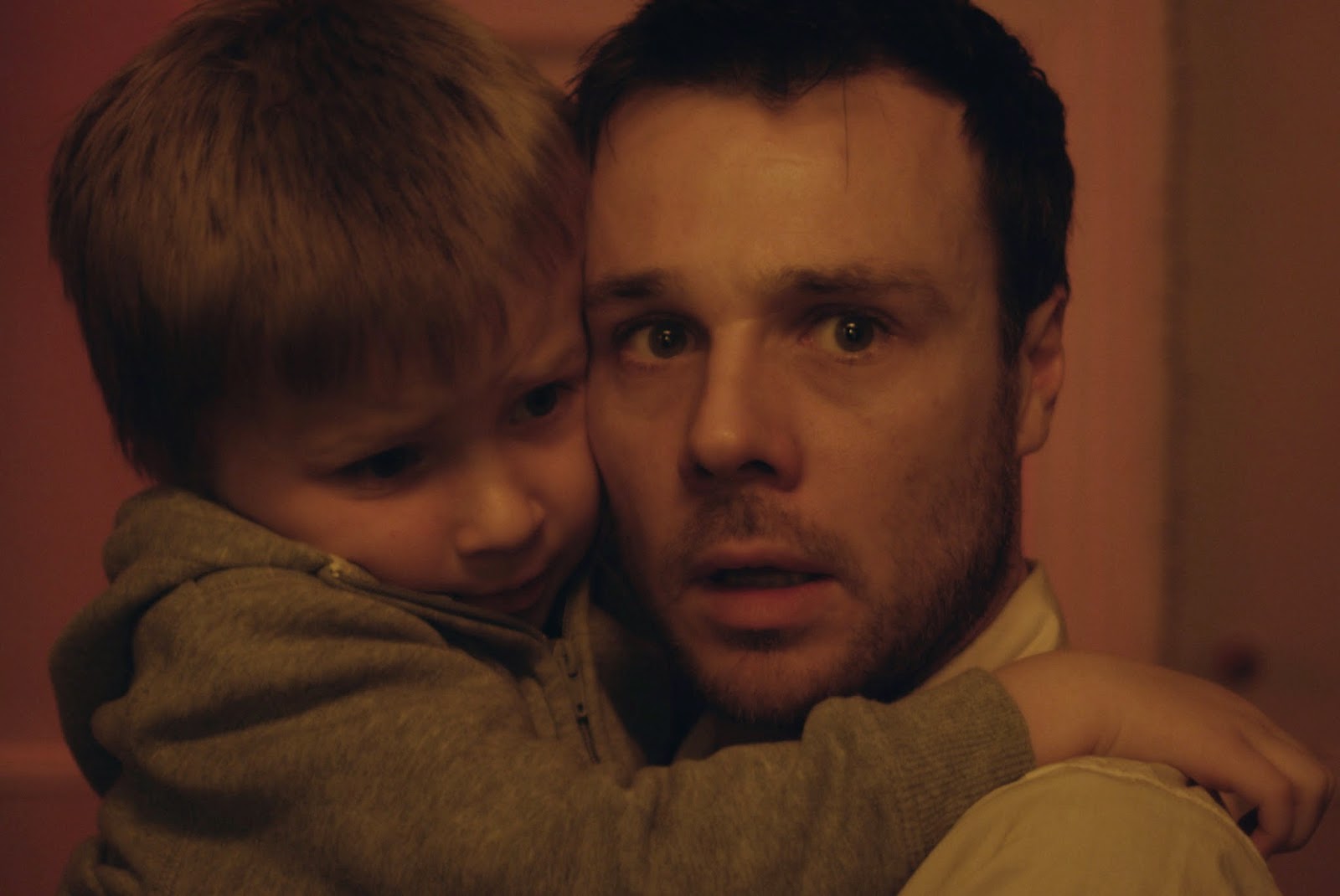 Horror fans who complain the genre’s in a slump should skip studio dreck like Ouija and seek out indies like this one.  Irish director Ivan Kavanagh builds suspense and dread masterfully in this tale of a troubled family man (Rupert Evans, utterly compelling) who’s either being haunted by ghosts or losing his mind.  It’s not perfect, but it’s so effective and sumptuously executed that anyone who likes scary movies owes it to themselves to check it out. 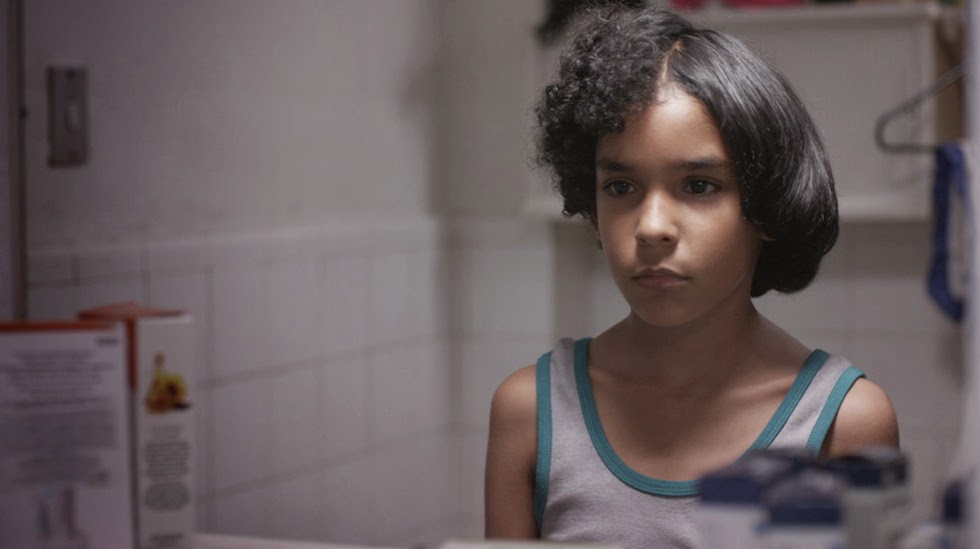 The first movie I saw at this year’s Tribeca Film Festival was also one of the best.  This intimate Venezuelan drama about a boy (an astonishing Samuel Lange Zambrano) whose quest for straight hair incites homophobic panic in his stressed out mom (Samantha Castillo) plays like a slice of life.  In its quiet, unassuming way, Bad Hair depicts the bleak realities of Venezuela and the sometimes painful way parents treat their children.  It’s devastating, but you can’t take your eyes off it.