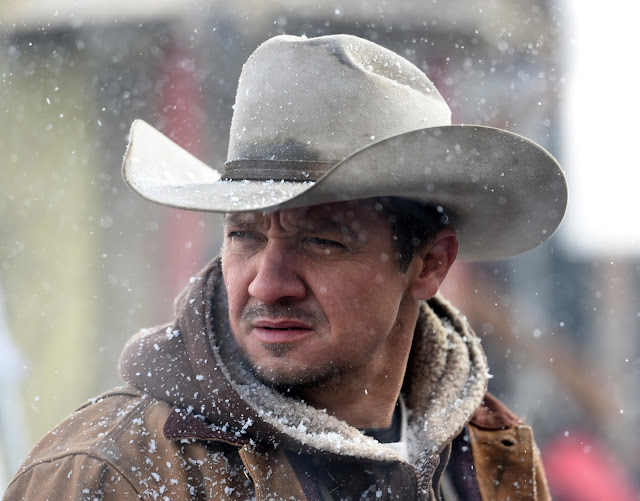 Last summer, Taylor Sheridan struck gold with his script surprising sleeper Hell or High Water which went all the way to Best Picture and Screenplay Oscar nominations. This year he returns, this time behind the camera, with the quietly potent crime drama Wind River. Like Hell or High Water, the film has also steadily been amassing money as a stealth alternative to junky blockbusters (August was the worst box office for the month in a decade) in a market dry of films with adult appeal. 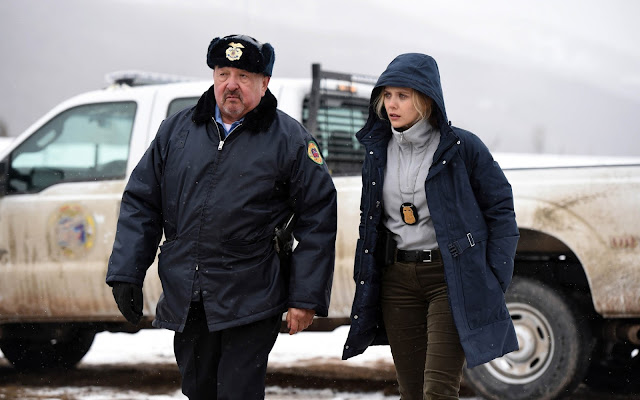 Plot-wise, the movie is a fairly straightforward crime drama set on a snowy reservation in Wyoming. Cory, an animal hunter (Jeremy Renner) mourning the recent loss of his daughter and the separation from his wife, becomes embroiled in a murder mystery after discovering a body in a snow-swept field. FBI agent Jane Banner (Elizabeth Olsen) is dispatched to the scene, out of her element with the landscape both physically and culturally. Throughout the story of Banner's shaky investigation with assistance from the skilled, knowledgeable Cory and the Tribal Police Chief Ben (Graham Greene), the film reveals social issues within and significant injustices against the Native community. Like Hell or High Water and other American revisionist Westerns, the story is fronted with whites who, in different degrees, impede upon Native soil, both ignorantly and recklessly. 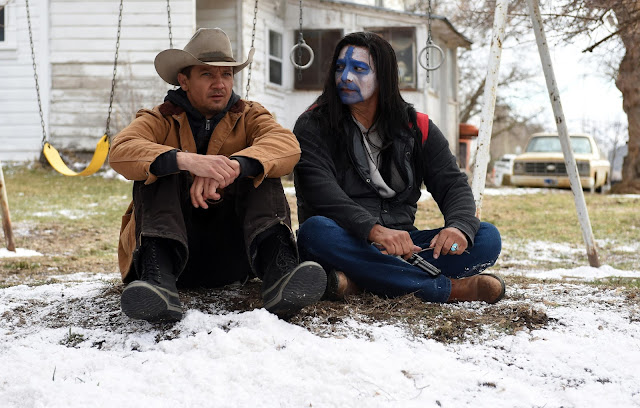 Sheridan's direction is sturdy and masculine in the vein of Clint Eastwood, and sometimes he makes inspired choices, as in his riff on one of the tricks played in Demme's The Silence of the Lambs. The tense action scenes pop as do the sweeping shots of the picaresque landscape (photographed by Ben Richardson, who also lensed Beasts of the Southern Wild). Renner continues to be effective at playing a fierce, stalwart hero that's also emotionally vulnerable. A still underrated actress who does everything she can to imbue her character with detail, I sometimes sensed that Olsen was miscast, perhaps a touch too young, but that seemed a deliberate choice in making her a fish-out-of-water figure. Because the film is so intimately made, the ultimate villain of the piece, who emerges as cartoonishly squealy, took me out of the picture a bit. But the film rounds back with a stirring and affecting closer. Gil Birmingham in particular gives a piercing and haunting turn in his brief screen-time. ***

Posted by MrJeffery at 7:19 AM