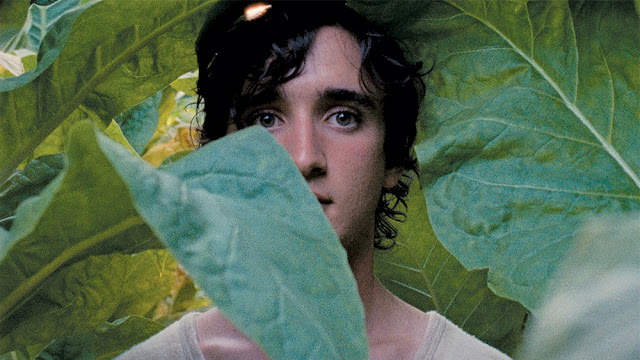 The world, even out in bucolic Italian hillsides, is too messy to handle a soul like Lazzaro's. The titular character (played by Adriano Tardiolo)--wide-eyed, relentlessly quiet, helpful and kind--is a beautiful new cinematic creation from Writer / Director Alice Rohrwacher. We see Lazzaro in two distinct chapters broken in half by fever. In the first, we are introduced to a clan of sharecroppers, a "pack" of sorts, working with little to no pay. Above them we see their exploitative employers--the de Luna family, led by matriarch dubbed "The Cigarette Queen" (Nicoletta Braschi); "human beings are like animals," she espouses, "set them free and they realize they are slaves locked in their own misery." In the second half, there is a shared reflection of the injustices inflicted among the sharecroppers, swept up in what the newspapers have described as "The Great Swindle." But society at large hasn't taken care of the former farmhands either, as we see them living "in healthier accommodations," on the fringes of weedy, trash-strewn train-tracks. 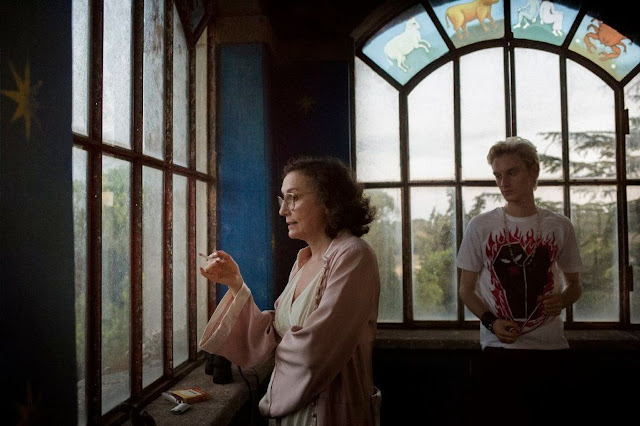 In this story of a saint-maybe, religious motifs and iconography are mostly overt, but also cleverly slipped in, like the dirty, stained glass windows of the de Luna shambly estate. The film subverts expectations continuously--will this be a romantic drama? a crime story hanging in the balance of a bloody fingerprint? Rohracher's excellent script seemingly eschews much and still hangs together quite exquisitely, like a well-worn fable. Hélène Louvart's quietly imaginative cinematography makes interesting use of shadows and lighting; the movie starts in darkness and is shattered by the unflattering brightness of a single bulb. The visual contrasts of sunny countryside and the smoky textures of the city are vividly enacted. I also loved the film's attention to the changing light of the hours. Admittedly, it wasn't until several minutes in that I first noticed the use of Super 16 film and its dingy-looking rounded corners. It establishes a dreamy mood--a balance of artifice and grit--like studying a stained glass story in pale palette in an abandoned church. The movie is worth a second viewing, where it becomes even more richly detailed than the first, the hypocrisies of both holy and humankind explored so well. ****