cagey george in his glass cage 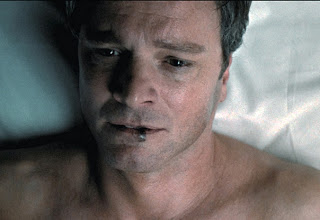 In adapting a classic novel for a film, it seems to me a filmmaker has the responsibility of at least capturing the spirit of the source, even if the adaptation makes many changes. Tom Ford's A Single Man

is certainly a noble attempt for a new filmmaker and it shows a lot of confidence. Yet, by making Isherwood's

Indeed Ford was probably trying to add some dramatic tension. He has recently shared that an unnamed family member committed suicide in a way similar to what George's character plans: "It was exactly that suicide. Everything planned, everything laid out, suit, cuff links, zipped himself in a sleeping bag so he wouldn't make a mess." By drawing on his personal life, Ford does indeed make the work interesting. Yet the book, so slim and fleeting, with pages of rich dialogue, is a celebratory and somber rush of a single day in the life of a middle-aged gay man in the early 1960s. Isherwood's George, particularly observant of his rapidly gentrifying Los Angeles suburb, offers many crackling insights. Ford infuses the movie with an overwrought, changeable warm and cool tone, exaggerated tick tock clocks, and slow-mo student film-ish shots of people's eyes and lips, to show George's isolation and fragmented world view. It has a healthy love for Bergman, Almodovar, and Kar Wai Wong's In the Mood for Love.

And it is certainly a stylish affair (George's get-up is, as you may have guessed, Tom Ford, while Julianne Moore seems to be having fun with her part as a boozy, hopelessly in love fag hag with bouffant hair). But because Ford's George is so morbidly depressed, it's difficult to discern the meaning of whatever substance of Isherwood's is left intact. The entire movie becomes a will he or will he not kill himself kind of game. And that kind of dance can really only be viewed once. Isherwood's novel still feels fresh. Ford's film feels dated. 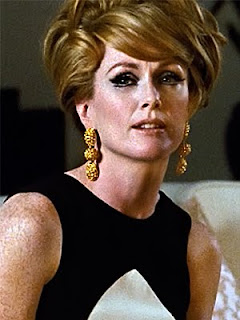 However there are things to be admired here. And perhaps it's wrong for me to do so much comparing and contrasting; a film is meant to be reviewed on its own merit. The re imagining of George as the sleek professor works largely due to Colin Firth and the brilliant set design. His modern, glass house, open for the world to see, is an ironic womb for such an isolated character stuck in the past. It's also a glimpse of the promise of what George's life used to hold. Colin Firth is a reason to see the picture. He has always been a quiet, very real presence in his best roles as difficult-to-read, aloof Mr. Darcy's. George is another one of those roles and he tackles it with gusto. The other supporting players are electric including the very handsome Matthew Goode as George's old lover and the very handsome Nicholas Hoult as a radiant, curious young student. The scenes involving these two really jolt George (and the film) to life. They connect with insular George in surprising ways. Despite the film's flaws, Ford should be commended for bringing such a strong cast to the screen and for taking on such an ambitious project. **1/2

-Jeffery Berg
Posted by MrJeffery at 10:14 AM