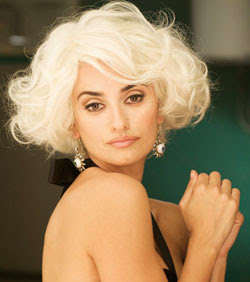 is another one of his visual stunners. Many of the shots, full of aquas, reds and Warhols, possess deep, complex compositions with loving allusions to cinema (including a beautiful shot where a man runs his hands over a television screen a la Godard's Prenom Carmen

). Almodóvar writes, "I don't make films 'in the style of.' When a director appears in one of mine, it's more in an active way than as a simple homage or a nod at a spectator."

feels a tad harsher and more spiteful than his soft, ghostly Volver.

It includes a film within a film within a film (!) that seems to be a both a love affair with and a biting critique of movie making. A blind screenwriter recalls a doomed movie shoot (fittingly, Warhol's Gun prints litter the walls of the producer) and his passionate love affair with the leading lady. The producer's gay son records the romance on the set to detrimental results. The story is noirish melodrama, rather ridiculous, but gloriously ridiculous in the same way The Postman Always Ring Twice

adds to the atmosphere. The motifs of duplicity, the eye and voyeurism runs rampant. All of these themes are alive in a fascinating wig montage where Lena puts on eyeball earrings. This obsession with mirrors and cameras knowingly plays to Almodóvar's visual strengths. 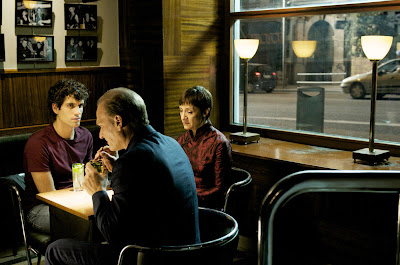 As Lena, Penelope Cruz is again the ravishing muse, pitch perfect and complex and seducing the camera in an indelible way that really hasn't been seen since the 1940s. Her character appears in torn Kodak pictures, in documentary and movie footage. For me, the performance of Blanca Portillo as a guilt-ridden agent really grounded the piece. Her scene in a bar (unusual in tone with the rest of the film), nervously opening up about the past over a glass of gin, is one of the film's most memorable. ***1/2 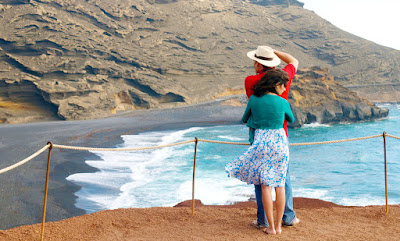 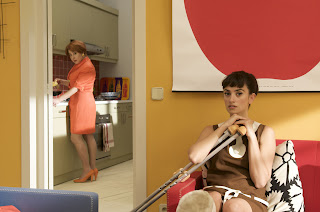 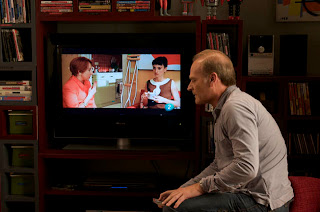 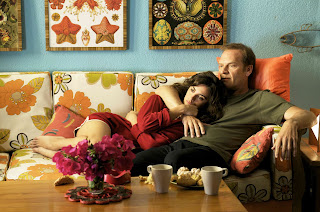 Posted by MrJeffery at 8:27 AM