catching up with the films of 2010

I feel so behind with films this year. Summer is always a bit busy for me to get to the cinema. Inception? Still haven't seen it. Even though we are approaching August, and I've missed so many, I caught up with a few notables recently. Some I've seen in theaters I loved--Winter's Bone and The Kids Are All Right, some that were just OK (The Runaways) and some that were just plain awful (Valentine's Day... blech) but there have been many gems that I missed during their theatrical run that are now available to rent. 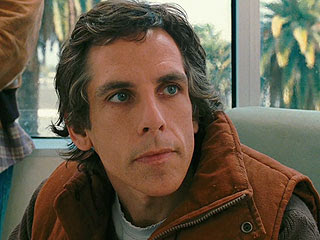 Noah Baumbach opened with the sublime Squid & the Whale but hit a snag with the well-acted but overly prickly Margot at the Wedding. Greenberg is a fresh take on romantic comedy, with an extremely rude and unlikeable antihero at the center (calculated perfectly by Ben Stiller). Florence (the likeable and inventive Greta Gerwig) is an aimless assistant of a yuppie couple in Los Angeles. When the couple goes to vacation in Vietnam, the brother of the husband, Roger Greenberg, moves in the house after undergoing a nervous breakdown in New York. Roger is a bit hopeless, on his own island, selfish, and bitter. He writes letters to the editors to complain over trivial matters and seems unable to establish any real connections with people, including his ex-girlfriend Beth (Jennifer Jason Leigh, where have you been? We love you! She also crafted this film's story and helped to develop the project). When he becomes entangled with Florence, there is a lot of friction but also some moments of understanding. It may be difficult for some to get past Roger's grumbling but it's rewarding, at times, to sympathize with him, as he watches the forty-somethings move on with their own families and lives without him, and also the generation below him (in a funny party scene) dismiss him. Baumbach has an ear for crackling dialogue and it helps keep this film afloat. Gerwig is insanely present. Her "Uncle Albert/Admiral Halsey" lipsynch is brilliantly funny. *** 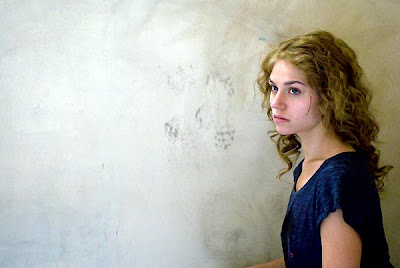 The Girl on the Train

André Téchiné's (Wild Reeds and The Witnesses) The Girl on the Train is based upon a real life incident where a woman (here played by the luminous Émilie Dequenne) made a story up that she was victim of a violent, anti-Semitic attack. It has a special relevance this month with the hazing of Shirley Sherrod. The media is often guilty of picking up on stories without checking the truth. As displayed in other works, Téchiné's style is memorable and edgy, but here, he never explores too deeply into all of the issues raised, instead, he delves into the quick crash and burn of a relationship between two young, naive people. The reasons why the woman in this relationship decides to spin such a lie are unclear--perhaps how they should be portrayed. However compelling its subject is at times, the film feels hollow. Catherine Deneuve is excellent as always as the young woman's mother. **1/2 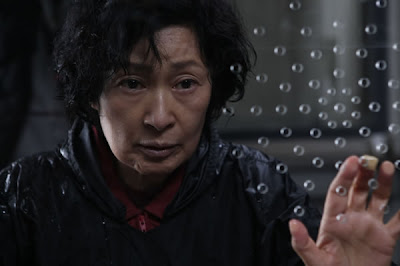 I'm still trying to work out my feelings on Joon-ho Bong's (The Host) Mother. I felt The Host was wonderfully shot but overcooked for a horror film, tackling too many genres and styles at once, but Mother is haunting and more refined.

Hye-ja Kim is electrifying as an acupuncturist and herbal healer, the mother of a mentally handicapped son, who tries to take matters in her own hands when her son is convicted of murdering a local girl. Bong eschews typical expectations of a formulaic story, instead vividly displaying the desperation and resolve of the mother as well as the intricate politics and dimensions of a small town. The photography (by Kyung-Pyo Hong) is also beautiful. *** 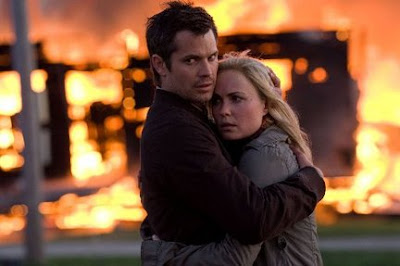 In the unnecessary remake of George A. Romero's ultra low-budget The Crazies, Timothy Olyphant plays a sheriff in Iowa who battles his own community after its members are poisoned by a mysterious virus via tap water. It's all pretty standard, slickly filmed, middling entertainment. Although it is much, much better than most horror films of this era, it lacks atmosphere and becomes repetitive. Some of it is to blame on the source material: not one of Romero's finest efforts. **