in 'cool limbo': an interview with michael montlack 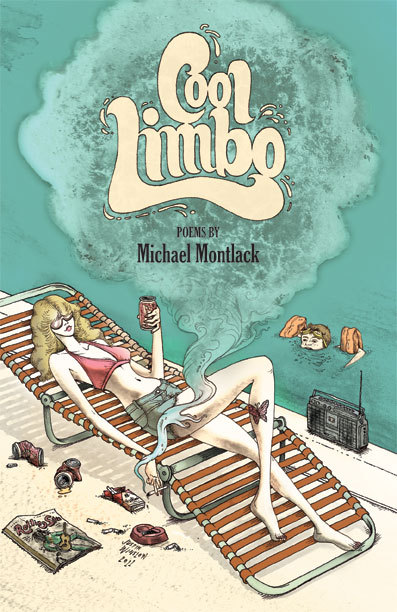 There's a lot to love about Michael Montlack's debut collection of poems, Cool Limbo.  Fresh, funny, and moving, Montlack's poems trace the complexity of gay relationships and gender while paying exquisite homage to the heroines of his youth from Stevie Nicks to his irreverent and brassy sisters.

I asked Michael a few questions about writing and Cool Limbo.

MM: Yes, I had arranged the poems in a few ways before seeing the boy / girl structure, which immediately made sense, keeping in line with some of the gender themes in the book and providing a simple and fun structure. Worked out to be balanced with the number of poems / pages too. Maybe having a twin sister is a factor in the decision as well.

I have to say this is one of the most enjoyable books of poetry I've read in a while. There's an interesting stance that many of the poems take. Sometimes I was reminded of the way stand-up comics tell a tale, incorporating dialogue, while sharing blunt and funny descriptions of themselves and those around them. Are you inspired at all by comedians?

YES! I love comedy: movies, stand-up, SNL, ... Especially women in comedy. Sarah Silverman, Margaret Cho, Judy Gold, Kristen Wiig, Amy Sedaris ("Strangers with Candy"), "Absolutely Fabulous," "French & Saunders". I know they impact me and my work in terms of tone, storytelling and portraiture. The poet Edward Field once remarked at a reading how wisdom is often best imparted through comedy and noted that tradition in Judaism as an example. He also mentioned how light verse was unfairly disregarded or deemed less important than other poetic styles. But I agree that comedy is a powerful vehicle for conveying serious, even political and social, ideas. Not to mention, it's just fun. So I aim for it in my work, even my somber pieces.

Many of the poems in the first half are about your sisters. How do they react to your work?

MM: My twin sister Michele does not mind the spotlight at all. She thrives on it. She's been asking me for years to write a book about her. She enjoys the occasional poem I come up with but thinks she deserves an entire book. I'm tempted.  My older sister Pam was the model for the 'stoner chick' babysitter on the cover and is featured in the title poem "Cool Limbo." More reserved than Michele, she was startled to see herself in the image but had a sense of humor about it. I'm lucky to have inspiring and easy-going sisters.

"Vanity Smurf" is funny, satirically brilliant ("... males in Peter Berlin hip-huggers / were too busy skipping to strut, and where if a man / sought to eat you, it meant in that night's meager stew."). How did this poem come about?

MM: Glad you liked "Vanity Smurf" and his 'Peter Berlin hip-huggers.' That was a hoot to write. The poem came about when I thought about cartoons from the past and how some animators were bold and brave enough to include flamboyantly queer characters in those closeted times. Snagglepuss and Peppermint Patty, for example. And Vanity Smurf, who I thought was the perfect icon to take on the topic of clones, how young gay men (and women) often can feel pressured to adopt the style deemed appropriate for them by the gay community and / or straight world. See, even saying the topic like that sounds dull to me, but Vanity made it much more interesting and entertaining. And allowed me to take on the sameness of suburbia too. 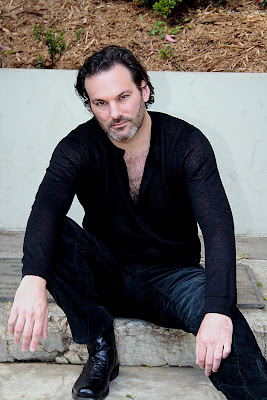 One motif in the book is aging. I admit I shed a little tear reading the bittersweet closer "On Turning 40." I also found "My Father Was a Jewish Mechanic" particularly moving ("... he'd surely get a kick / to hear I wound up in a 15th Street studio / where I hole myself in on the weekends / to write about these things..."). Can you talk about the journey you think the collection takes?

MM: I think like a lot of first books, this collection examines the personal--my journey through childhood, family, coming out, and relationships. But I hope the book does it in my own way, using a lot of portraiture, humor and pop culture icons (The Golden Girls, Hello Kitty, Liz Taylor, Gertrude Stein, Oscar Wilde, Stevie Nicks, even porn stars) to help tell the story, making it more dimensional than my own narrative and taking on societal concerns. I am interested in aging, yes, what it means for women and men, and gay men too, but am more interested in what it could mean and maybe should mean. The book moves in a chronological arc for sure, and does so twice, once in the Girls, Girls, Girls section and then in the Boys, Boys, Boys section. My love of storytelling can be seen in that. But there are surprises along the way, some detours (like "Babysitting on Mescaline" or "Lounge-adelic") which continue the story in unusual modes. In addition to aging, the book also aims to move from suburban to city life, the world of women to the world of men, oppressed ghostliness to the realized self.

Who are some of the poets whose work you first fell in love with? Do you think they had any particular effect on these poems?

MM: I fell in love with Elizabeth Bishop first, like many poets did. She showed me how to tell a story through details. How to create a voice that is present.  I fell in love with Gertrude Stein, her audacity, irony and experimentation. I speak through her in a couple poems. And even write as Gertrude speaking about Bishop.

Edward Field's work too, for being so courageous and honest. For his ability to dare through humor.  I can only wish that my work adopted any of the brilliance of those writers.

What are you working on now?

MM: My projects now involve writing fiction and acting as an editor. Divining Divas, the poetry follow-up to the essay anthology My Diva which I edited in 2009, is in production and due out February 2012. I also finished a novel and will be working to get that out. 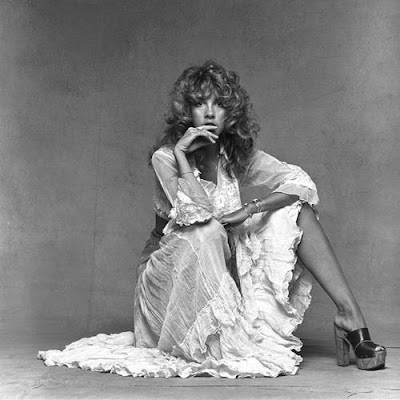 I know that you are a big Stevie Nicks fan. And there's a nice ode to her in the collection. What is your favorite Stevie Nicks era?

MM: I suppose I like Stevie's Mirage era best. The videos then ... "Gypsy" and "Hold Me" were so beautiful and mysterious. She was otherworldly. Still is. Her new song "Moonlight" captures that well.

One a scale from one to four stars, how many stars do you give your day?

And check out lovely reviews by Lonely Christopher and Angelo Nikolopoulos.
Posted by MrJeffery at 6:44 AM