Chic's "I Want Your Love" spins on the record player in the apartment of Brandon Sullivan (Michael Fassbender in another devastating performance) where his sister Sissy (Carey Mulligan) has broken into.  The song not only illustrates her perpetual neediness and her want of something deeper from her soulless brother, but it's also a ghostly reminder of promiscuous, (but perhaps, more emotionally vibrant?) pre-AIDS Manhattan.  In the same way that John Schlesinger's Midnight Cowboy took us to the grit and grime of New York in 1969, in Shame, the gifted director Steve McQueen takes us to a very of-the-moment wealthy, Bloomberg-era Manhattan.  Here, Brandon takes a run past sleek, mysterious and nondescript glass offices (one of which he works in) and Chase banks and glimpses the Hudson River, with its rotting stumps of the infamous abandoned piers once hothouses for sexual hookups. 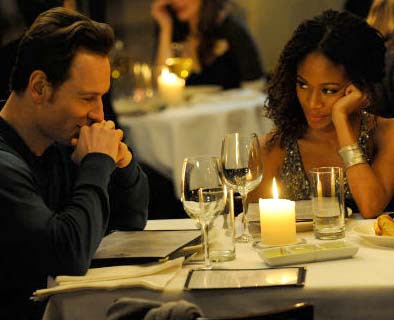 In a city that's constantly revamping, for good and bad, Brandon and Sissy seem unable to change their lives.  Pale and dead-eyed, Brandon is addicted to no-strings-attached sex and sexual imagery of all kinds. For whatever reason, (he comes "from a bad place," as his sister lets us know), he's just not cut out for relationships. When he attempts a date with a workmate (an incredibly present and believable Nicole Beharie who figures in two of the film's many great , long take scenes), he fails miserably, unable to be considerate or even create "small talk."  Sissy is suicidal and lost (her relationship with Brandon has shades of incestuousness), staying at Brandon's apartment, trying to find work as a singer.  In a heart rendering ode to pain and vulnerability, Mulligan sings a weak, small-voiced version of the usually bombastic "New York, New York."  It would never happen in reality, but McQueen forces the lounge (and the film) to stop to listen and watch. 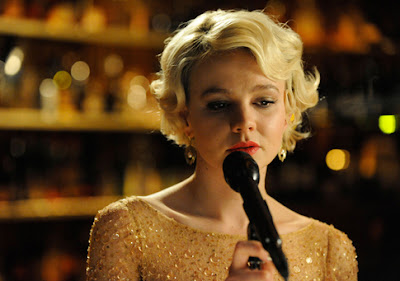 McQueen's harrowing Hunger viewed the Irish hunger strike of Bobby Sands with a startlingly aesthetic eye (it attempted to create beauty out of its perfectly composed shots of excrement-streaked walls and Sands' emaciated body).  Bold and bleak, Shame speaks the language of the emotionally barren Brandon while taking out the aestheticism of what is usually aesthetic. ****

-Jeffery Berg
Posted by MrJeffery at 11:21 AM