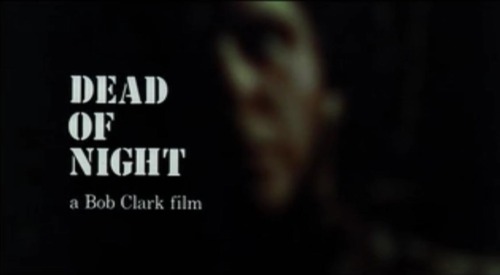 Bob Clark should get some credit for making subversive movies.  His chilling Black Christmas and the comedy A Christmas Story are idiosyncratic spins on the typical cinematic yuletide tale and are totally different from one another.  Dead of Night (also known as Deathdream) is a creepy horror film in the tradition of "The Monkey's Paw," where a Vietnam vet, assumed dead, mysteriously comes back to his family's home.  It may have seemed a tad schlocky to make a horror flick out of such a terribly sad war, but Clark's eerie (and lightly satiric) style makes this one of the most haunting and unsettling horror films I think I've seen from the seventies. 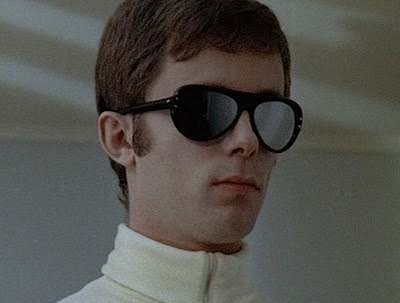 Andy, the undead soldier with a blank face, crew cut, sideburns, and stony glare, is chillingly played by Richard Backus.  As Andy begins killing people, it's apparent that he needs to inject himself with human blood for sustenance (a vampiric mirroring of the heroin addiction of that era's vets).  His return also has a devastating effect on his family.  His father (John Marley) becomes more distraught with his son's inability to speak or react while his mother (Lynn Carlin) is emotionally worn down to the point of turning into somewhat of a zombie herself.

Clark's movies are usually off-key, somewhat rough, and a bit crude (he would go on to create the Porky's saga).  The daytime scenes are the weakest moments but the nighttime ones are quite spooky.  As with his Black Christmas, even when the action lulls, there is a stifling, claustrophobic atmosphere.  There are some great uses of zoom: I loved Andy's entrance and a waitress's point-of-view shot of a shadowy figure behind the dark window of a truck. The whirring score by Carl Zittrer creates an organic and sinister feel as does the eerie sound design: like Black Christmas, this film also has a creaking rocking chair. Legendary Tom Savini, in his debut, provides the brilliant makeup work which favors subtlety over outlandish gore. In terms of tone, content and style, the movie seems similar to George A. Romero's far more-revered Martin and Dawn of the Dead (where Savini also worked).  I think what makes it perhaps less renowned as those films and Black Christmas is that it has so many different titles (none of which are that fitting) and its strong, discomforting social commentary.  For comparison, it would be interesting to pair it with The Deer Hunter and Coming Home (two Academy Award-winning films pretty much Hollywood's last hurrah from a decade of sobering films critical of America).  This is definitely a must for horror and Romero fans but for the easily disturbed, this one should probably be avoided (the death of the family pooch is not for the squeamish). ***

Check out a review from The Horror Digest and a wonderfully adept overview from Lee Teasdale at The Man Who Wrote Too Much.
Posted by MrJeffery at 11:52 AM