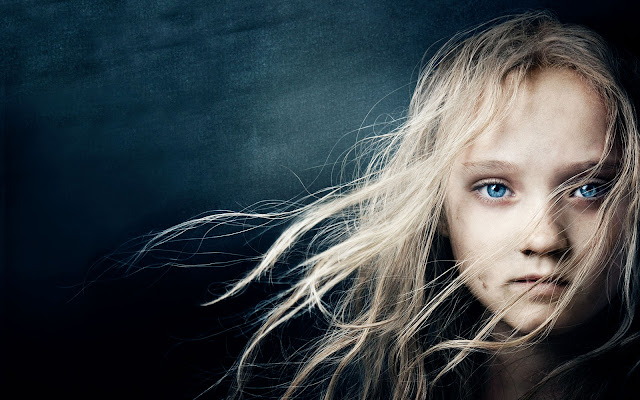 In a Culture Desk post on the New Yorker website, David Denby panned the movie version of Les Mis for, among other things, its sentimental pandering and lack of dancing. He also made the following observation about the fragile mind-set of tween girls:

Every emotion in the movie is elemental. There’s no normal range, no offhand or incidental moments—it’s all injustice, love, heartbreak, cruelty, self-sacrifice, nobility, baseness. Which brings us to heart of the material’s appeal. As everyone knows, the stage show was a killer for girls between the ages of eight and about fourteen. If they have seen “Les Mis” and responded to it as young women, they remain loyal to the show—and to the emotions it evoked—forever. At that age, the sense of victimization is very strong, and “Les Mis” is all about victimization. 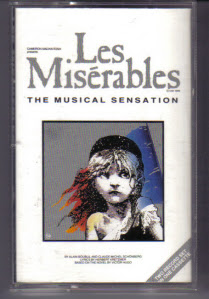 I first discovered Les Mis from my friend and musical theater dealer Elizabeth. Sophomore year of high school, she left a copy of the 1987 Original Broadway Recording in my locker. The tapes contained occasional interludes in which Elizabeth, talking into a clunky Media Center recorder, commented on everything from the lasting union of our friendship to our English teacher's bald spot. "We could sell advertising space on it!" she'd boomed, a segue into "Little People." I loved the music immediately. I found it spellbindingly melodic. My listening enjoyment relied very little on rooting the action in historical accuracy. It was years before I discovered Marius wasn't fighting in the French Revolution (remember, no internet). In a weird academic irony, Elizabeth and I refashioned Eponine's love dirge into "A Little Fall of Reign of Terror" and aced our European History final. 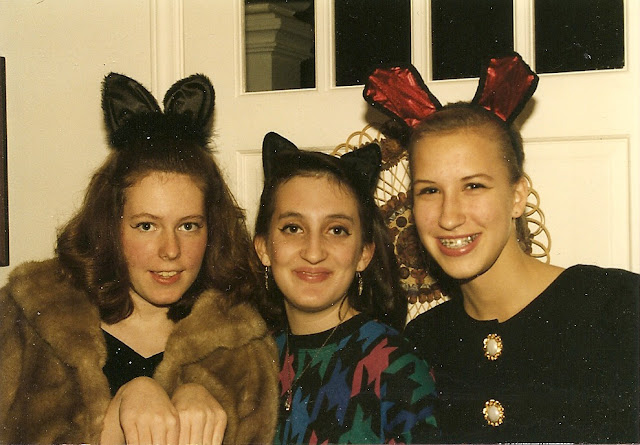 Shows like "Glee" now champion the artistically driven but socially maladroit, but in 1994, no one thought it quirky-cute to spend your lunch break on campus hand-painting the Phantom's mask. I wasn't invited to weekend parties involving alcohol or a boy picking me up in an open-air jeep. My goyishe portrayal of Golde in Fiddler on the Roof didn't earn me a spot on Homecoming Court. I was a proud card-carrying member of the Colm Wilkinson fan club (I had mailed in $5 and received an actual card with his face on it), but only a handful of people -- my choir teacher excluded -- appreciated this level of devotion. When the touring production of Cats came to Raleigh Memorial Auditorium, Elizabeth and I celebrated by wearing tabby ears to class. Like most high school girls -- even those who were popular -- I lived with the perpetual solipsistic sense that I was on the receiving end of cosmic injustice.

And yet despite my wretched martyrdom, Les Mis was never about my victimization. I had just gotten my learner's permit, my first real autonomy, when Elizabeth gave me those tapes. My mother was in the hospital with pre-cancerous colon polyps. I became proficient at the same stretch of road -- soft left onto Pinecrest, hard right just before the shopping center's pasteboard dinosaur sculpture -- listening to a sentimental soundtrack that kept me from capitulating into self-pity. I practiced red-light turns and lane changes to the bravura of rebel voices. I belted histrionics to realize my own capacity to feel, to move freely between two equally unwieldy world views: life as a curse from God, life as a gift from God. The music, taken as a whole, was like the line of backstroke flags strung above the school's pool. It stopped me from hitting a wall.

Elizabeth had run out of space on the second tape; it cut off right as Cosette was entreating her father to live, right as Colm Wilkinson was quivering, "Yes Cosette/forbid me now to die/I'll obey/I will try." The outcome was obvious, although without track names, I didn't yet know this blithe exchange was entitled "Jean Valjean's Death Song." I retained agency. I spent those two weeks driving to and from the hospital in fear and anger, but fully galvanized, my nerves tethered to something electric. In Company, Sondheim calls this alert vulnerability "Being Alive":

Somebody, hold me too close,
Somebody, hurt me too deep,
Somebody, sit in my chair
And ruin my sleep
And make me aware
Of being alive.

My mother, it turned out, would be fine.

I saw Hooper's Les Mis in New York a few days after Christmas. As cliche as it sounds, it was raining. I smiled at a high school-aged girl, hair tucked into an Eponine-ish pageboy cap, waiting in the lobby for her friends. She was running scales. I was with my husband's family. We stood around awkwardly, the awkwardness that comes from knowing you will soon be crying jagged cries together in profile. Despite my deepening affection for the show, I'd never actually attended a performance. Sloshed at karaoke, I'm the first to turn in a slip for "I Dreamed a Dream," the first to sigh into the mike with annoyance when Fantine's recitative is cut.  I can wax obnoxious on Phillip Quest's baritonal color, or hum "I Saw Him Once," Cosette's touching lead-in to "In My Life" that was scrapped when the show moved from the West End to Broadway. I know Les Mis. But I had squirreled it away all these years, cherished it in a hope chest where I could never be disappointed. Or maybe this has nothing to do with disappointment. Maybe this is really about imaginative joy, how it feels to luxuriate in possibility. You see, Les Mis, for me, has always been about possibility. 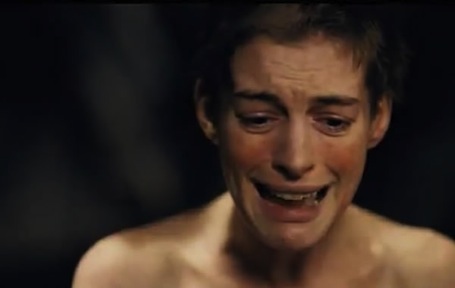 A lot has been made of the dreariness of the show: how the women especially are whiny, that their whiny dreariness is even more oppressive on film. Les Mis is not the go-to show for a rollicking good time. As my husband put it, "They don't call it Les Happy." But the bleakest, most heart-wrenching ballads, the ones that make your throat convulse like you've swallowed Peeps dipped in shoe-polish, are sung as soliloquies. I take them as intensely personal moments of private introspection. They're the necessary pre-work all of us do in order to move forward. Anyone who's ever been in unrequited love can surely attest to becoming a temporary shut-in and indulging in self-pity: "A world that's full of happiness/that I have never known." Pass the bourbon. I've sung this tune a hundred times in therapy. The real audience is the self.

What became clear to me in watching Les Mis in a medium that allows for extreme close-ups is just how strong the characters --women included -- really are. There's an exquisite tension between what is sung privately on parapets ("lonely soul") and what course of action is pursued publicly ("higher goal") at the barricades and docks. Listening to Elizabeth's tapes back in high school, I sensed, but couldn't yet articulate, that vulnerability isn't the same as victimization. Eponine might wallow in the rain, but she also chooses the difficult, ethical high-road in both screaming to warn Cosette of danger and handing over the love letter to Marius. Valjean slips away to plead with God to spare Marius in battle, but never identifies himself as Cosette's father or interferes in his future son-in-law's honorable plan to fight. Characters wrestle with decision-making in the dirty shadows but step forth assuredly into the light. That isn't to say that their decisions are flawless. Fantine goes from factory worker to prostitute awfully fast, and you have to wonder if there might not be another way, less all or nothing, perhaps as a village burlesque or pantomime performer first?  But her determination to provide for her daughter is unwavering. Joan Didion, in her essay "On Self-Respect," writes that "People with self-respect have the courage of their mistakes. They know the price of things... [they] exhibit a certain toughness, a kind of moral nerve." This moral nerve is an imperative in Les Mis. Everyone is aware of the price they must pay. They pay dearly, but not blindly. 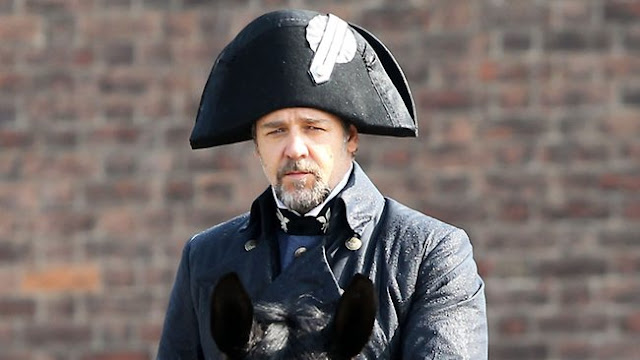 There's real danger in disparaging sentimentality, in gendering tears. It's true that I cry a little every day. I'm not depressed, or emotionally unstable, or, perhaps worst of all, self-righteous. (I could probably eat veal in a calf hutch.) I'm moved by what isn't empirical: time travel, Ouija spirits, color theory, virtue. I'm moved by fidelity: Greyfriars Bobby, the Skye Terrier who mourned the death of his owner for fourteen years by laying on his grave in Greyfriars Churchyard. And despite a wooden Russell Crowe sounding like he's ordering brunch and timidly asking for substitutions that aren't allowed, I was moved by Les Mis. I was a blessed fifteen again -- impassioned, resilient, awkward, timid, involved, harrowed, a force with which to be reckoned.

There’s no normal range, no offhand or incidental moments—it’s all injustice, love, heartbreak, cruelty, self-sacrifice, nobility, baseness. What else, if not this, is the pith of life?