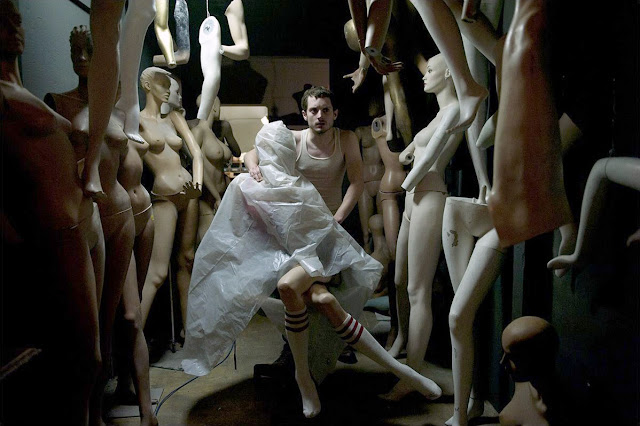 Don't go on internet dates. That was one thing I took away from Franck Khalfoun's Maniac, a deeply lurid remake of the grimy and macabre exploitation 1980 horror flick of the same name.  On Halloween's first person POV killer's heels, the original film was a controversial one and a midnight matinee hit, pushing the limits of cinematic violence.  In an era of countless low-budget gross-out torture porn (though perhaps more glossily so nowadays) horror movies, this remake of Maniac seems somewhat superfluous, though it finds its own stylish and gruesome retro groove.  Co-scripted by Alexandre Aja (The Hills Have Eyes, Haute Tension), Maniac literally gets us in the head of serial killer Frank (Elijah Wood) who scalps his victims and sometimes uses their hair for his collection of mannequins in his warehouse buzzing with flies.  Unaware of Frank's hunting knife murder prowls, pretty French photographer Anna (Nora Arnezeder) happens to admire one of his mannequins in his warehouse window and soon enlists him in helping with a gallery show. 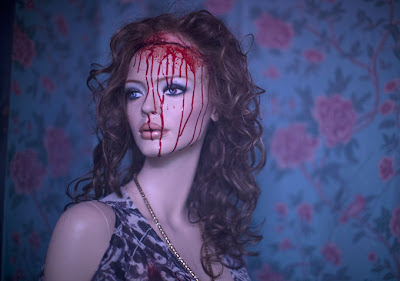 The original Maniac was a grimy downtown Manhattan affair, this reboot lurks around downtown L.A. Sometimes darkly satirical about the city's pretentiousness, throughout, Khalfoun stages operatic, gory killings, set to a dirge-like, electronic score by Rob (of the French pop band Phoenix). Overall the film seems Drive-inspired. I loved the contrast between the sense of a larger population of people within the buildings of twinkling neon with the film's sense of suffocating isolation in all those dark desolate lots, apartment hallways, train stations, and alleys.

Maniac is a movie for horror fans. There are noticeable references to The Cabinet of Dr. Caligari and The Silence of the Lambs.  For those who like gross-out gore, this one definitely doesn't disappoint, including a very sanguinary coda with makeup special effects from Tom Savini's (who did the memorable effects for the original) protegee Mike McCarty.  I'm a horror fan, especially of the retro sort, but I do prefer a bit of a distance from my movie killers. Maniac goes for the jugular by almost always focusing things through Frank's perspective. This includes his victims' elaborate deaths, bright, shattering migraines, steel wool hand-washings and crude childhood flashbacks.  In this regard, Khalfoun's film is impressively mounted with compelling cinematography by Maxime Alexandre and skillful editing by Baxter, both of whom have worked on Aja's films. 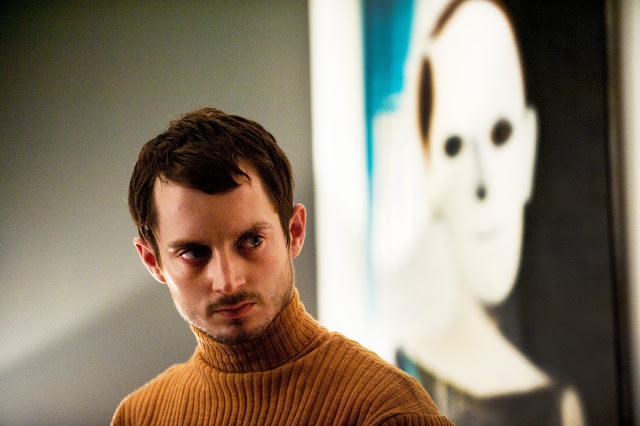 The director notes, "Using Frank’s hands became very important to the concept. How to shoot his hands without it seeming comedic was a challenge onto itself. Now focal length, depth of field, and the actual rigs we used became dominant factors in telling the story. For some scenes, we had three actors playing Frank’s hands because of camera movements, and they had to be coordinated. Many days were trial and error and sometimes it took building three or four different rigs until we figured out a shot. Even though it seemed very simple and very low-tech at first, it was incredibly challenging."  This experiment is often pulled off quite well and I admired it, even if it may leave you, as it did I, deeply queasy.  **1/2

Posted by MrJeffery at 6:20 PM