a poem by daniel nathan terry

depends on faith, and at best, evanesces
into loss. What is this fascination with

the dead? Why conjure them into shifts
of air, into each turn in the weather?

The living push on through this stratus
with such hunger, with such thirst. Look

them, heads and necks of sewing machines
threading the furrows, the broken blades, last season's

blooms so desiccated no one would know them
now. While the dead make their choices—whether to stay

a bit longer or make their quiet apologies—the living
must continue their own, impossible task: stitching the earth

each time sorrow or longing rips it wide.

Daniel Nathan Terry is the son of a Baptist Minister and a Librarian. A former landscaper and horticulturist, Daniel is the author of four books of poetry: City of Starlings (forthcoming from Sibling Rivalry Press, 2015); Waxwings (2012); Capturing the Dead, which won The 2007 Stevens Prize; and a chapbook, Days of Dark Miracles (2011). His poems and short stories have appeared, or are forthcoming, in numerous publications, including Cimarron Review, The Greensboro Review, Crab Orchard Review, and New South. His multi-media memoir, The Camellia Effect, is forthcoming from Sable Books. Daniel lives in Wilmington with his husband, painter and printmaker, Benjamin Billingsley, but divides his residency with Latta, South Carolina, where he is currently finishing a trilogy of novels, Never Go: A Generational Haunting. Website. 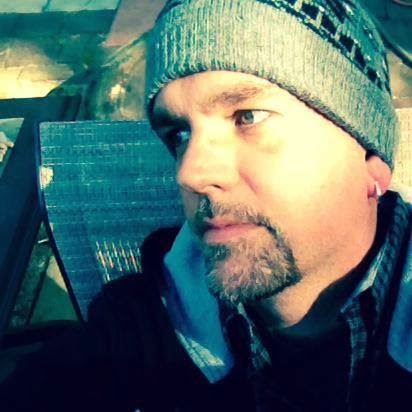