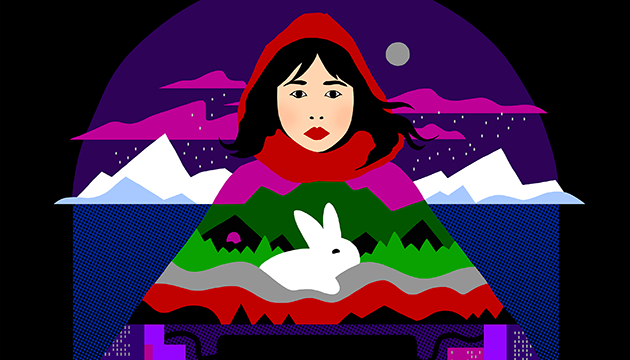 In a scene of Kumiko, The Treasure Hunter, the titular character protests about the 1996 film Fargo, crying out, "It's not fake!"  In 2001, an urban legend circulated about Takako Konishi, an office worker from Tokyo who was ruled to have committed suicide near the Detroit Lakes in Minnesota. Due to some misunderstandings within the media, a rumor persisted that Konishi had died looking for the briefcase of cash Steve Buscemi in Fargo buries in snow in a fence-lined stretch of field.  In their mesmerizing, playful and haunting new picture, The Zellner Brothers (David and Nathan) take on urban legend as fact in their fiction, following depressed Kumiko (a brilliant Rinko Kikuchi) and her quest to pinpoint and find the Fargo loot after discovering a grainy VHS of the film. 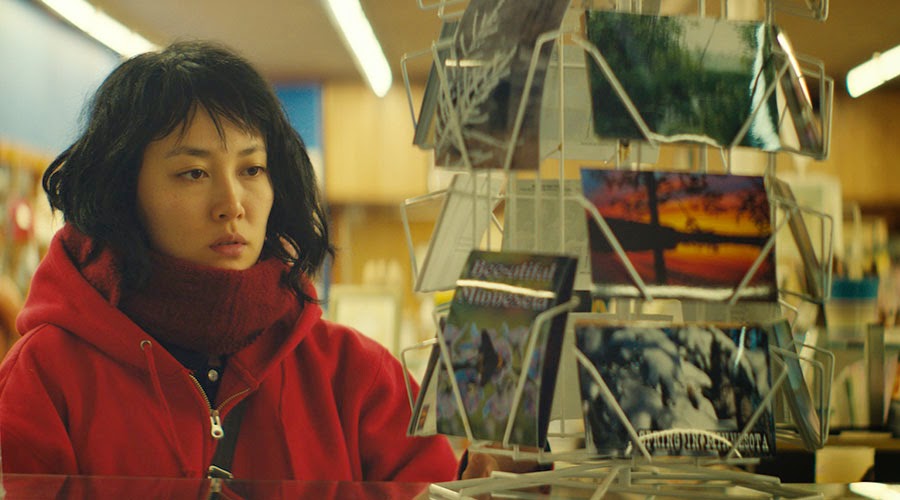 In Kumiko, sometimes the rigors of the character's journey is bracing, especially since Kikuchi is so forlorn and speechless in the picture. Her drab office (where she is sexually harassed by a bullish boss) and tiny apartment life is a depressing sight; the inevitable Fargo escapade is simultaneously feels liberating, frustrating and wrenching. In a difficult role, Kikuchi makes the quiet Kumiko become captivating. There are some interesting presences in the cast including a fantastic Shirley Venard as a naive, lonely woman who, when she learns that Kumiko is from Japan, excitedly drudges up her worn paperback of Shogun. The director, David Zellner, appears as a policeman who hopelessly tries to help.

The script is often darkly-humored and sly. Photographed by Sean Porter, the film has a crisp look. Many of the interior shots are cluttered with stuff, eyesore fabrics and detail (general stores, messy homes, libraries, restaurants) creating a stark contrast to the austere, serene shots of the frosty natural world (the snowy finale is quite a sight). What visual metaphor could be more apt of our changing cinematic technology than spools of film toilet-flushed? ***1/2