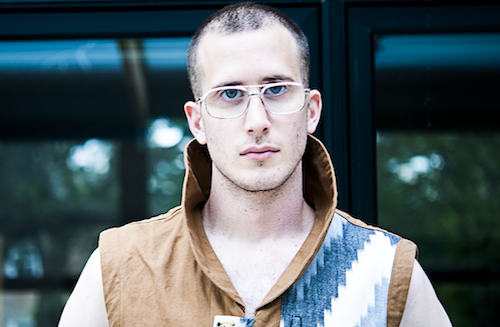 I was really taken with the late Max Ritvo's poem "Plush Bunny" in his excellent book Four Reincarnations.

Here it is as it appeared when originally published in Poetry Northwest.


My poor little future,
you could practically fit in a shoe-box
like the one I kept peshul bunny in
when I decided I was too old to sleep with her.
I’d put a lid on the box every night.
I knew she couldn’t breathe—she was stuffed,
but I thought she’d like the dark, the quiet.
She had eyes, I could see them.
They were two stitches. My future has eyes,
for a while. Then my future has stitches,
like peshul’s. Then cool cotton, like her guts.
Of course there is another world. But it is not elsewhere.
The eye traps it so where heaven should be,
you see shadows. You start to reek.
That’s you moving on.


Also "Poem to My Litter" (originally published in The New Yorker) really got to me as well.


Poem to My Litter

My doctors split my tumors up and scattered them
into the bones of twelve mice. We give

the mice poisons I might, in the future, want
for myself. We watch each mouse like a crystal ball.

I wish it was perfect, but sometimes the death we see
doesn’t happen when we try it again in my body.

My tumors are old, older than mice can be.
They first grew in my flank, a decade ago.

Then they went to my lungs, and down my femurs,
and into the hives in my throat that hatch white cells.

The mice only have a tumor each, in the leg.
Their tumors have never grown up. Uprooted

and moved. Learned to sleep in any bed
the vast body turns down. Before the tumors can spread,

they bust open the legs of the mice. Who bleed to death.
Next time the doctors plan to cut off the legs

in the nick of time so the tumors will spread.
But I still have both my legs. To complicate things further,

mouse bodies fight off my tumors. We have to give
the mice aids so they’ll harbor my genes.

I want my mice to be just like me. I don’t have any children.
I named them all Max. First they were Max 1, Max 2,

but now they’re all just Max. No playing favorites.
They don’t know they’re named, of course.

They’re like children you’ve traumatized
and tortured so they won’t let you visit.

I hope, Maxes, some good in you is of me.
Even my suffering is good, in part. Sure, I swell

with rage, fear—the stuff that makes you see your tail
as a bar on the cage. But then the feelings pass.

And since I do absolutely nothing (my pride, like my fur,
all gone) nothing happens to me. And if a whole lot

of nothing happens to you, Maxes, that’s peace.
Which is what we want. Trust me.

Posted by MrJeffery at 2:57 PM