call me by your name 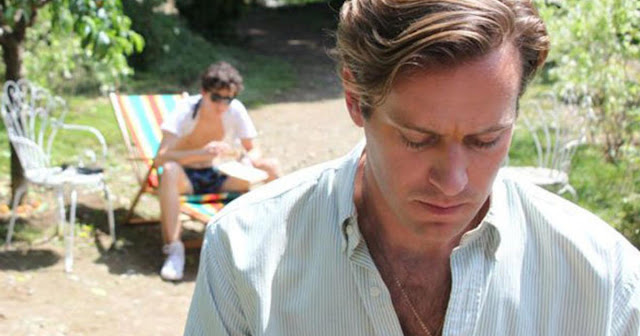 Placed somewhere in idyllic Northern Italy during the summer of '83, the richest aspect of Call Me By Your Name--Luca Guadagnino's (I Am Love, A Bigger Splash) depiction of a relationship between a graduate student Oliver (Armie Hammer) and a young man Elio (Timothée Chalamet)--is the slow build ("we wasted so much time," a character will utter later) not the fleeting romance that ultimately emerges--from nonchalant and unaffected to blissful and aching. The two characters take on stray bits of one another's traits, exchange a few touches. There are passed notes, a borrowed shirt, and soon those similar "o" names begin to mesh into one--all leading to a climatic, so to speak, peach. 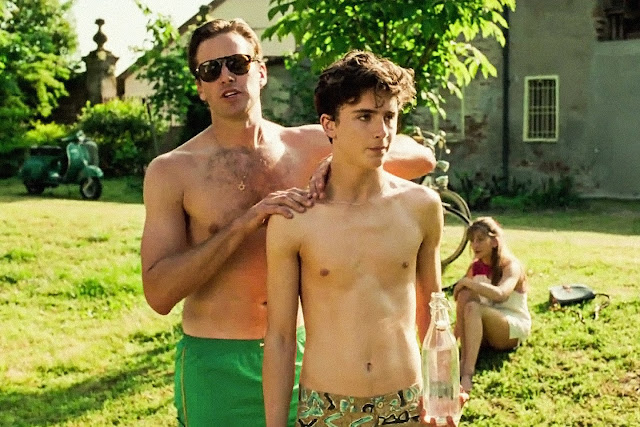 Known for exquisite, meandering pictures, James Ivory's script--from an elegant, internal novel by André Aciman--establishes a rhythm that is almost agonizing in its ache. The dialogue is riddled with symbolism and wordplay, like Oliver's use of the catchphrase "later" and bittersweet advice from Elio's father (played by Michael Stuhlbarg, who continues to display incredible range as an actor)--a monologue that's the exact opposite of the usual, wise old father speech, embracing rather than seeking to snuff out unbridled emotion and feeling. Elio's father, a professor of archaeology, is the quiet purveyor of this piece--unearthing a sense of emotion and affection, rather than cold rationalism, out from the veneer of his intellectualism.

Chalamet, with a trickier role than what it seems, makes some unexpected choices as an actor, creating a character that feels very true. And Hammer, dashingly handsome in a generic way, imbues his character with a layer of mystery (those downward glances!). Also good in supporting roles are Amira Casar and Esther Garrel, both of which carve out more than they are given on the page, as the central relationship of the movie slow-burns up the screen. 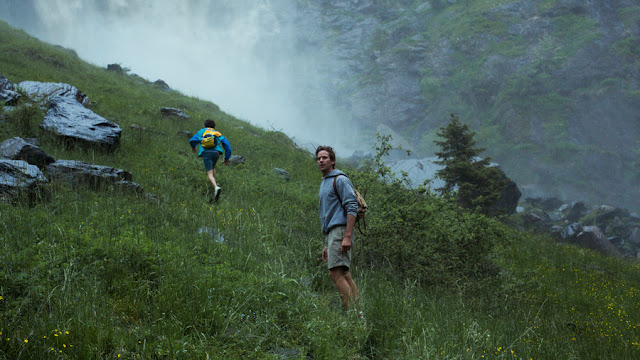 Shot by Sayombhu Mukdeeprom, whose work on Uncle Boonmee Who Can Recall His Past Lives was particularly memorable in its evocative use of place and magical realism-tinged flourishes, the film is a transportive experience in its rendering of sun-drenched pools, fields, and piazzas and the insect thrumming, moonlit dark.

Music makes a driving impact in the movie as well. John Adams' bright cues (memorably opening the movie with yellow, letter-written font), shimmering Italo-disco (loved hearing F.R. David's "Words" and "Lady Lady Lady" by Joe Esposito and Giorgio Moroder from the Flashdance soundtrack, which indeed would have been a staple that summer) to Psychedelic Furs' "Love My Way," ("there's an army on the dance floor," the song begins, and yes, there is literally an Armie on the dance floor, frolicking in sneakers, a braided brown belt and baggy shorts--a dance with new emotional dimensions in its reprise) permeate the movie with a certain sense of specificity and loss. When a slightly more grown up Elio removes his headphones for a call and the theater's programmed lights go up during the melancholy fireside extended credit scene set to one of Sufjan Steven's delicate original songs, there's a harsh break for both character and audience back into the reality of another time. ****

Posted by MrJeffery at 6:35 PM