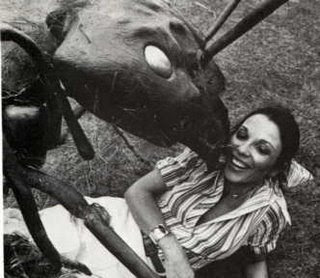 I used to be (and still sort of am) obsessed with Empire of the Ants.

It's an endearing, low budget 1977 movie loosely based on an H.G. Wells story about ants that get large from radioactive waste and attack and brainwash people in Florida.

It stars Joan Collins and my favorite Pamela Susan Shoop. 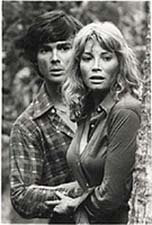 No one seems to know where one of the film's actors - John David Carson - has gone.

He can be seen here in Empire of the Ants with an unbuttoned shirt and Pamela Susan Shoop stumbling upon a colony of giant ants and the polyester remnants of a character named Mr. Lawson.


Since then, he appeared in bit roles on TV shows: "Charlie's Angels," "CHiPs," "The Fall Guy," "Falcon Crest."

He married and divorced Vicki Morgan who had a troubling, unfortunate story of her own.

His last film appearance was a brief one in Pretty Woman.

david_w_gibson (Tue Apr 8 2008 02:33:08)
For those of you looking for John Carson, he stayed at the Aztec Inn Casino in Las Vegas from about 1991-1998, after that he and my ex wife moved around a bit but the last I heard from a former employee of the Aztec, he and my ex are still together and staying at a small weekly hotel, I think called St. Louis Manor, on the corner of St. Louis and Paradise Rd. in Vegas. This was last summer that I got that info. He's a real scumbag and an alcoholic, set his room on fire in 1994 when he passed out drunk with a lit cigarette.

There's something haunting about his world and his anonymity in Vegas. Maybe he was frustrated with his career and what he wanted to do as an artist. From time to time, I think of a scene on the windy beach of Dreamland Shores where Pamela Susan Shoop asks about his life and he flicks a cup of wine and says, "plastic like everything else."

UPDATE: It seems there is an internet rumor that John David Carson has passed. If anyone has any further information, please let me know. Thank you.
Posted by MrJeffery at 7:55 PM