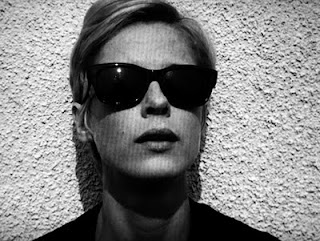 casts a spell. It has both a feeling of looseness and strict purposefulness. In fact, there is the constant motif of the double, the dual, the other.

Bergman begins with a highly symbolic and disconcerting opening: an unforgettable montage that literally shows both the power and the limitations of film, from being inside the camera itself, to emotional and visual manipulation to watching one touch an image. It sets the film with an eerie, disquieting tone. Once the story kicks in, the narrative is more or less straightforward. A young nurse, Sister Alma (Bibi Andersson), is asked to help an actress, Elisabet Vogler (a haunting Liv Ullman), who has suddenly stopped speaking. In hopes to provide therapeutic aid, they move to a cottage by the sea. At first, Alma tries to fill the silent hours spent with Elisabet with incessant talking and stories. Their isolation proves to do more harm than good and the two women fall into a contemptuous relationship. Like the sound of foghorns on the ocean, the two women begin to echo each other. They eventually switch roles: the emotionally weak Alma slowly becomes the patient whereas Elisabet becomes the nurse. This leads to a scene that is a monologue played twice from each of their points of view and a haunting resolution.

does so many things in such a poetic way that it's difficult to pin it down. The richness and complexity of the film has led to various interpretations. On this viewing I saw it as a war film: a constant phsychological battle that always happens when a relationship gets close. **** 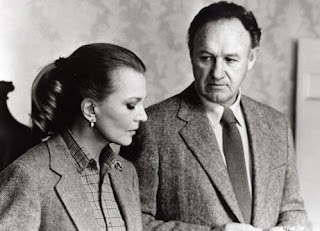 Bergman's film has been influential to many films including Mulholland Dr.

and Woody Allen's under appreciated chamber drama Another Woman.

In this film, Gena Rowlands plays Marion, a renowned philosopher who rents a studio apartment to work on her book. It's here that she overhears the sessions between a psychiatrist and his patient (Mia Farrow) next door. Marion treats the patient with a certain amount of pity in the beginning as Alma did with Elisabet in Persona.

As the story unravels, Marion confronts the past and begins to realize her own problems with her life and marriage.

Though at times a little pat, this is one of Allen's best dramas. Allen pays tribute to Persona and Wild Strawberries

without paling too much in comparison to the mastery of Bergman's works. Allen makes Another Woman

unique and his own. As in all his chamber works, there is still dry humor to be found in unexpected places. He again skewers upper crust Manhattanites lightly. The use of Erik Satie

as score is effective. And while Rowlands dominates the film with icy control, there are many wonderful supporting performances particularly by Farrow, Ian Holm, Blythe Danner, John Houseman, and a nervy, unsettled Sandy Dennis. ***1/2

-Jeffery Berg
Posted by MrJeffery at 7:30 AM