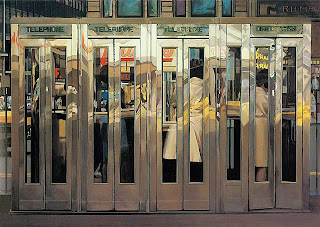 One of my Christmas presents was a print of Richard Estes's "Telephone Booths" which was on display at the Met in 1987.
His photorealisitc oil paintings are really magnificent. I love the lighting and unique angles he has in his work.
Many are based on color photographs he took. He has painted the city for decades. 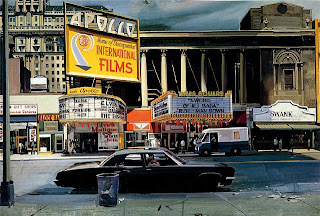 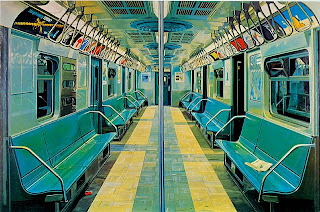 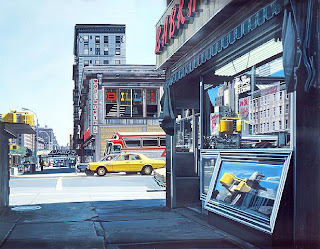 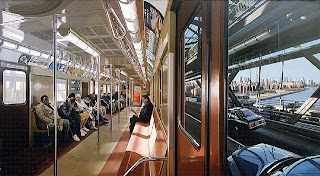 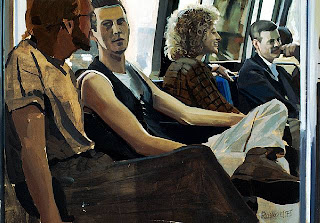 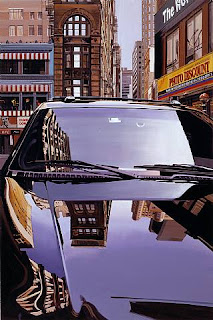 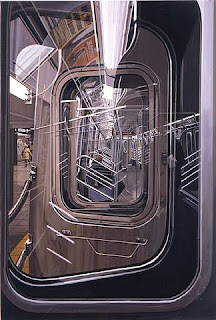 The L Train, 2009
"[the process of art is] calculated, sustained, and slow ... by which you develop something.... It's not done with one's emotions; it's done with the head."
-Richard Estes
You can view his work here.
Posted by MrJeffery at 7:55 AM