from paris with love 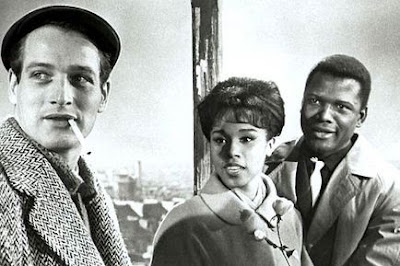 Martin Witt has delivered many low-key, social dramas. My favorites are Sounder

which deliver the emotional goods in a quiet, understated way. 1961's Paris Blues

is a fascinating glimpse of a bygone era, brilliantly scored by Duke Ellington

, where American expatriates in Paris survive by playing jazz. Supposedly the heyday for jazz was over by then but it's a lovely imagining nonetheless--a glamorous romance with extremely appealing stars.

Paul Newman plays Ram Bowen, a talented trombonist who seems dissatisfied with his career. His cohort, Eddie Cook (Sidney Poitier), is another musician who moved to Paris to escape the violent racism of America. Their relationship is at times tense but otherwise knowing. They fall in love with two vacationing Americans, Lillian and Connie (Joanne Woodward and Diahann Carroll), who both challenge their life decisions.

The story is a bit flat and the pace is slow. But it's still an interesting watch for the great jazz, its frank discussions of racial identity and as a time capsule of the stylish, cool cat early '60s. The musical performances kick the film to life--including a brilliant cameo from Louis Armstrong. *** 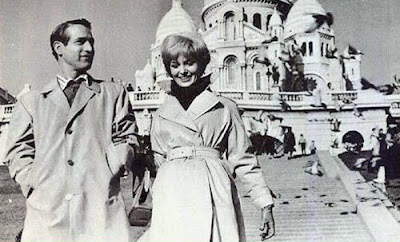