2012 film favorites... so far: a guest post from michael of cinema dumeep!


Michael from the incomparable Cinema Du Meep selects his favorites so far from 2012.

2012: So far, so sweet. It has been a pretty good year so far for Movies thus far (I've battled my wills and actually avoided sure-to-be dreck like John Carter, MiB3, Wrath Of The Titans, Battleship, The Three Stooges, Mirror Mirror, Rock Of Ages etc.) Will the second half hold up? Time will tell. Until then, I really enjoyed... 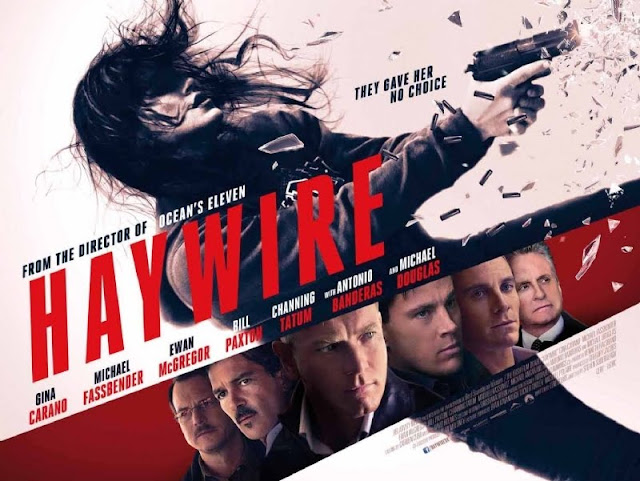 Haywire - Director Steven Soderbergh and Writer Lem Dobbs last teamed together for The Limey (1999) and the result was one of my Favorite Films from that rather prolific Director. He's been on a bit of a bumpy path since, directing mostly lame (at least in my eyes) mainstream favorites (Erin Brockovich, Traffic, The Ocean's 11 Movies), a slew of Indie Films that not many cared about, mostly because they weren't very interesting (Full Frontal, Bubble, The Girlfriend Experience) and some Movies that tried hard (Solaris, The Good German, Che, The Informant, Contagion) but failed to fully capture what makes the best Soderbergh Films work so well.

He's been a busy guy, sometimes threatening to retire (he's since made a couple of Films--clearly he's not going anywhere anytime soon, me thinks) and I think he's always on the verge of making something great. Haywire, for the most part, fits that bill. It's a lean, mean, fairly straight forward (at least for Soderbergh) Action Film, but it's filled with style and wit. Soderbergh and his writer Dobbs make a great team, and I look forward to any future projects they might make together. Casting a mixed martial artist in the leading role was also a stroke of genius. Star Gina Carano kicks ass along with the best of Action heroes past and present, and she's mesmerizing to watch. The Action scenes are done so well, I nearly rivited out of my seat with joy. Haywire also has a great supporting cast, and even a fantastic ending. My favorite Film of the year so far. 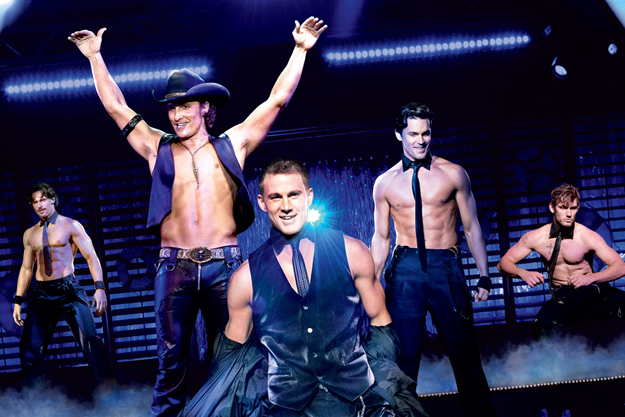 Soderbergh also directed Magic Mike, and I really enjoyed that one. Again, the premise here may be slight, but Soderbergh makes the most out of his story, and gets good performances from people you might not expect (Channing Tatum, Matthew McConaughey in a hilarious/creepy mentor role) It's a Movie about big dreams and hot moves. Very 80's-ish, and complete with an old Warner Brothers Communications logo in the start to set the tone. Soderbergh also served as a DP on this Film (under the pseudonym Peter Andrews) and he brings a fresh perspective with each scene. It's a good looking film shot pretty inexpensively on the digital Red camera. Soderbergh proves on a mainstream level that you you don't really need to throw tons of money at the screen to produce something audiences can really enjoy. Last time I checked, this $7 million dollar Movie has grossed over $80 million dollars and counting. Kudos to him. And kudos to Star/Producer Channing Tatum for breaking the mold of the merely good looking Action star into a pretty fun and charming screen presence. 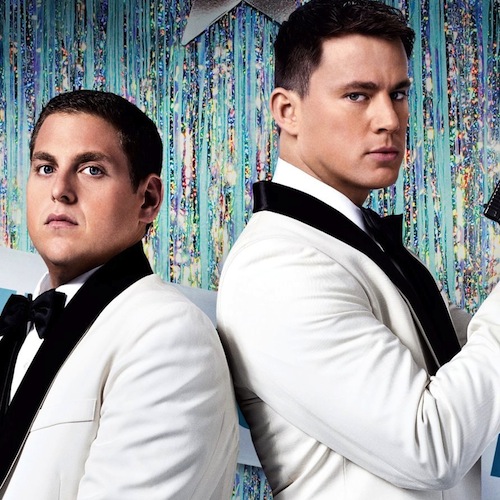 Channing Tatum was also in another surprise favorite this year... 21 Jump Street. I would have never guessed that a reworking of that 80's TV Show could actually produce such a fun Movie as this one. I won't say too much about this one other than expect some real laughs and smarts in between all the silliness. Tatum and writer/star Jonah Hill make a great team. I've watched this crows pleaser 3 times now with friends & family. 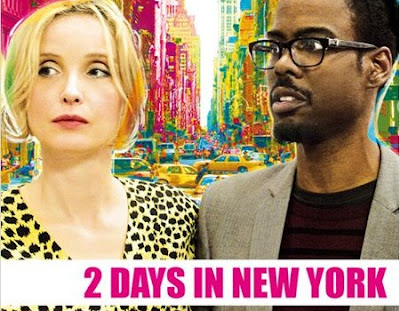 Julie Delpy wrote/directed/produced/composed the music/edited and starred in the hilarious 2 Days In Paris in 2007. She's back again with the follow up, 2 Days In New York. This go 'round finds Delpy dealing with her visiting family, which strains her relationship with live-in boyfriend Chris Rock and their respective children.

2 in New York is almost as funny as the Paris, and a very much a worthy follow-up. Delpy is a fairly idiosyncratic person, and she lets it all hang out in these Films, drawing from her real life, her real family and her real fears. Her father (Albert Delpy) is such a joy to watch. He's so funny. Love that guy. 2 in New York is currently available On Demand and will be in Theaters later this summer. Check it out. 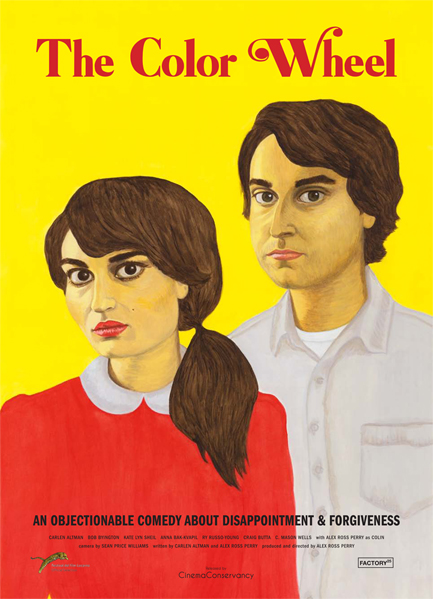 Alex Ross Perry directs the dark and funny independent Film, The Color Wheel. Beautifully shot in super grainy black and white, Wheel is a road Movie about siblings who toss verbal jabs at one another, almost in a 30's screwball Movie like manner, while trying to deal with the issues that are bubbling to the surface with one another.

It's a very funny, squirm inducing kind of Movie, and I can't wait to see what Mr. Perry comes up in the future. He's very talented, with a great eye for details... The Film's poster even has a font that was inspired from a novel by Phillip Roth. 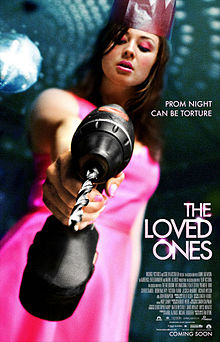 The Loved Ones is an Australian Horror/Thriller that, though produced in 2009, hasn't gotten a theatrical release here in the states until just now. I was really surprised by this Movie. Though it might not be scary, there's a lot of suspense, and it has a villain you really want to see put down. Good stuff. I recommend you seeking it out.

More that I enjoyed so far:

The Grey... Liam Neeson vs. Wolves. What's not to love.

Friends With Kids... Now that I'm a new parent, I get it even more. Yes, people with kids can be total dipshits.

A Bag Of Hammers... Surprisingly sweet Indie Film about 2 con artist friends who take in the neglected boy next store. I was afraid it was going to be a Wes Anderson clone, but the Movie has some nice surprises. Co-stars the always lovely Rebecca Hall.

Return... Linda Cardellini plays a Veteran back home from the War, and the Film focuses on the adjustment back to her life. Though the Movie employs a bit too much hand-held camerawork for my taste, there's a really strong, moving story here, and Lina Cardellini turns in a great performance. She'll more than likely be ignored when awards season comes around, and that's a shame. Co-stars the naturally creepy Michael Shannon as the husband who doesn't quite get her.

The Dictator... Is a fun piece of silly-yet-subversive work from Sasha Baron Cohen. I've seen it twice now, and it was even more fun the second time.

Also of note: The Avengers, The Innkeepers, Thin Ice, Jeff Who Lives At Home, God Bless America, Take This Waltz, To Rome With Love, Hysteria, Contraband, Bernie and Why Stop Now. The Filipino Horror Movie The Road was super creepy, though the ending was a bit lackluster. And yes, I enjoyed Piranha 3DD. Even more than the overrated Cabin In The Woods and Prometheus. Sue me!

I also didn't mind: American Reunion, Chernobyl Diaries, The Giant Mechanical Man and The Five-Year Engagement. Though they could have been better, I found them to be pleasant enough diversions at the Picture Shows.

I still need to see: Moonrise Kingdom, Safety Not Guaranteed, Ted, Savages, Your Sister's Sister, Brave, Beyond The Black Rainbow, Paul Williams Still Alive, Dark Horse and a few others I think I might like.
Posted by MrJeffery at 11:52 AM