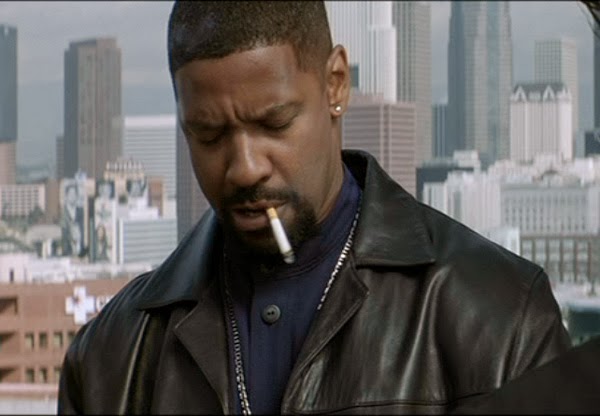 In 2002, Denzel Washington won his second Academy Award and his first for lead for Training Day, beating out front-runner Russell Crowe's heralded turn in the year's Best Picture winner A Beautiful Mind.  Since the lead award often goes to heroic, white characters in prestige pictures, it remains a unique choice in the Academy's history. Hard, grimy, and ambiguous, in some ways Training Day harks back to The French Connection with Washington's (according to him, one of his favorite parts) corrupt cop Alonzo Harris.  In the movie, all moral, ethical lines are blurred, as Alonzo shows newbie LA narcotics cop Jake Hoyt (an excellent Ethan Hawke) the first-day ropes in the most devious and destructive ways. Just because he's so sly and so well-pitched against Hawke, I did find myself laughing a bit at Alonzo's lines ("the shit's chess, it ain't checkers," "smiles and cries," and taunting lullabies), tricks and plots. What starts out with an unorthodox drug bust of teens soon twists and turns into a myriad of sinister events. Alonzo, wearing a long black leather jacket and driving around in his custom black 1979 Monte Carlo, doesn't keep the peace, he creates turmoil within a system he may regard as hopeless, one he chooses to survive in, and / or one he can take advantage of ("You gotta be a wolf to catch a wolf," he remarks). The villainous stripes given to Alonzo, but also his ambivalence, is what makes him a richer character than a cardboard portrait, especially when given such electricity and life by Washington.

I can see why the film is controversial and some have called out on its racist undertones in its plot and depictions; there is definitely something to that, with Hawke as the white suburban hero through the eyes of whom we mostly see events unfold and Washington as the animalistic crook.  An interesting, perceptive, very in-depth article by Robin R. Means and Jasmine Nicole Cobb which argued varying ideas and nuances in the film's portrayal of race: "the streets of L.A. become a wild sans the rules and laws of civil societies. This, then, is a land of the untamed and savage, a land that Alonzo is more apt to conquer and rule over because he is, after all, a predatory and powerful wolf." 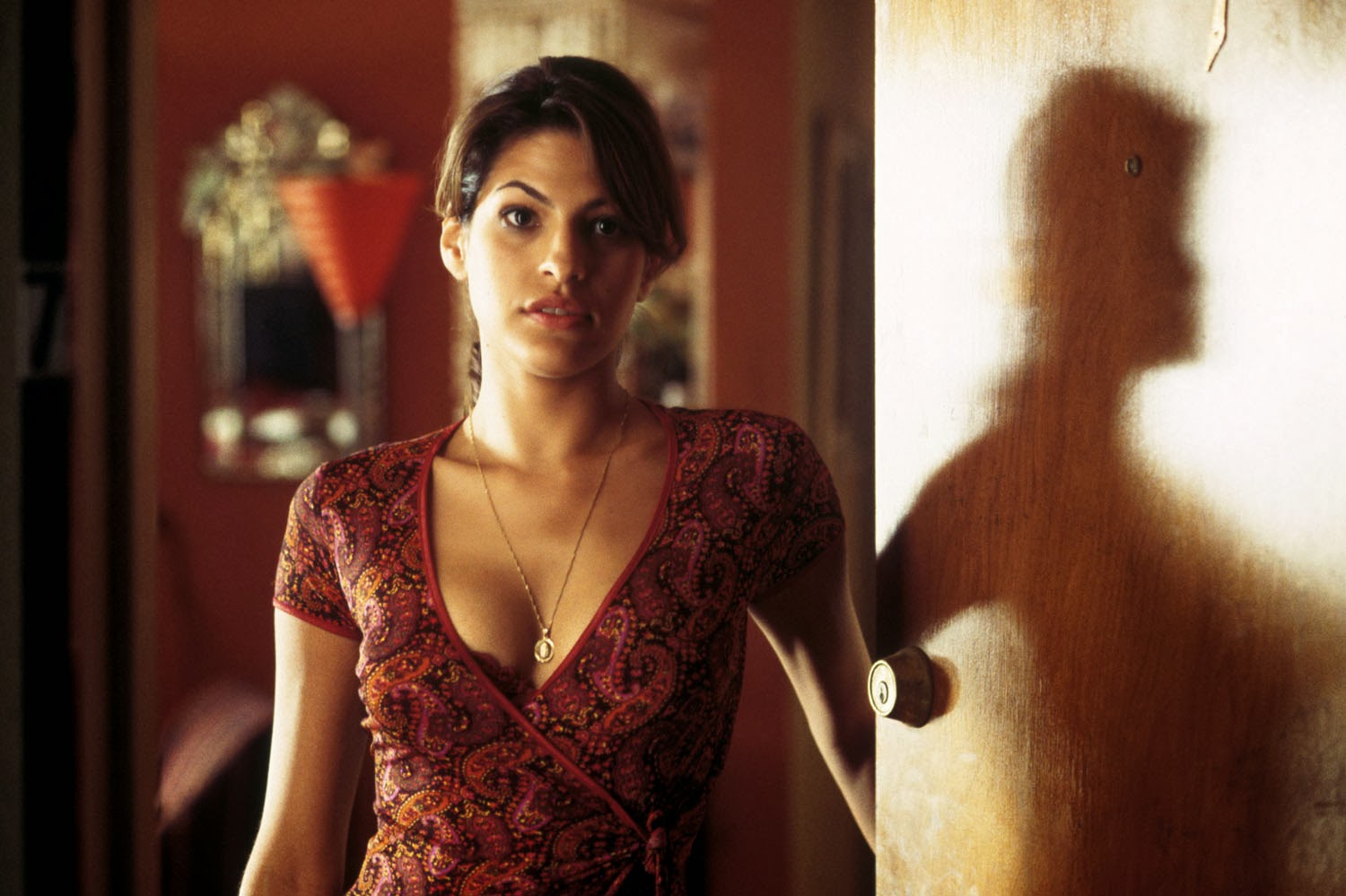 The movie is directed by Antoine Fuqua, one of the rare black filmmakers who has found much mainstream success in Hollywood and it's a seductive and compelling ride. There are some lively cameos (Macy Gray, Snoop) and fine supporting characters especially Scott Glenn playing a retired cop, all lackadaisical but shifty in his quaint bungalow, with buried secrets of his own. Eva Mendes is striking as Alonzo's girlfriend (and damn... she hasn't aged in the 13 years that have passed).  The photography (by Mauro Fiore) and editing (by Conrad Buff) are fabulous, unusual and smoothly done. Even if it stretches credulity here and there (it gets a little extra towards the boiling finale), the original screenplay by David Ayer (who penned the original Fast and Furious) is twisting, unrelenting and filled with unexpected turns.  Ayer would later write and direct the fantastic and somewhat similar but more of a buddy cop drama End of Watch. Both of those movies have a lot of bristling humor in the middle of their swirling bouts of violence. Training Day was released right after September 11th, I remember that sad time, and the heavy hue it gave to popular entertainment, especially movies like this one that explore American strife. ***