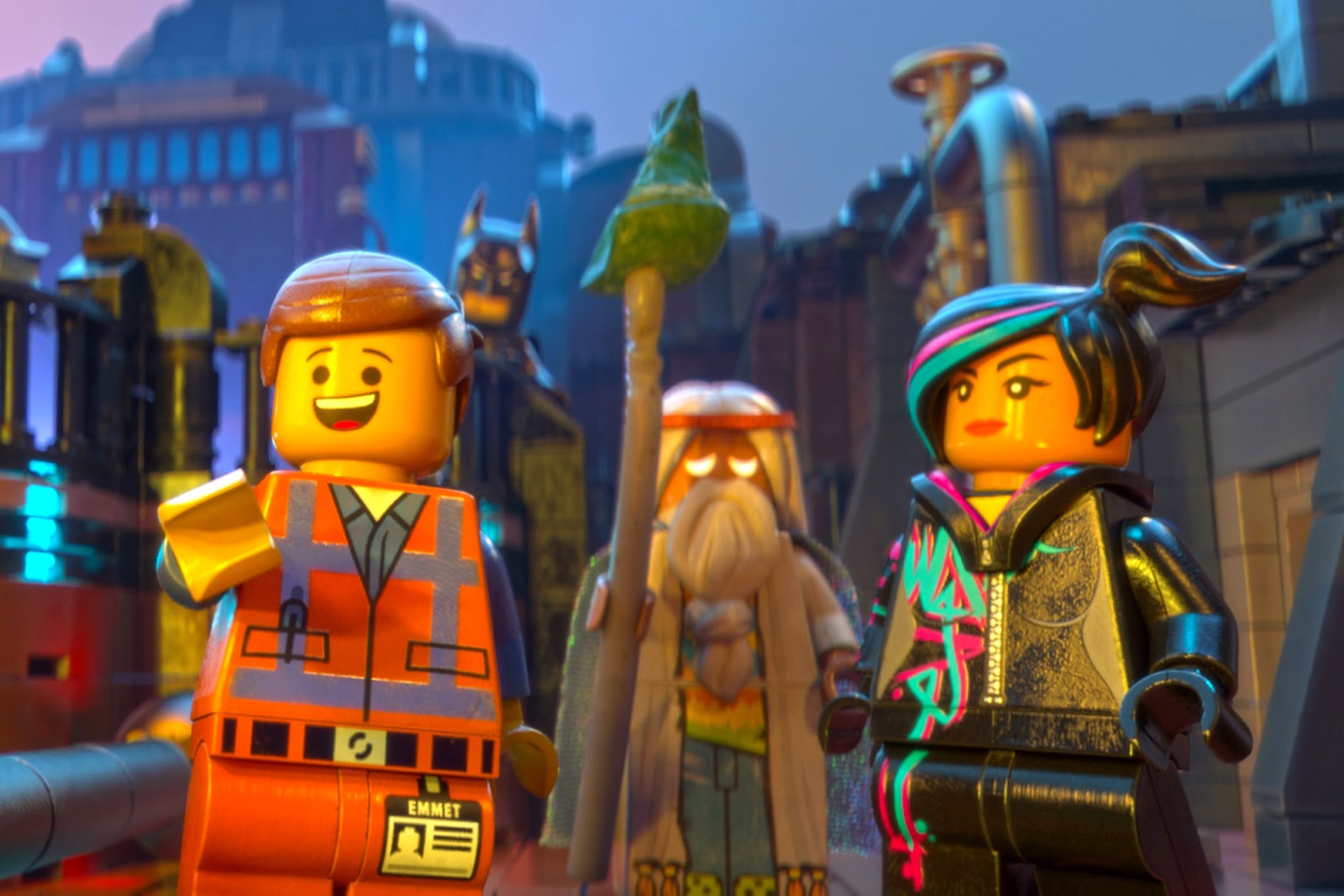 It's been a pretty turgid decade or so for Hollywood fantasy and corporate kid flicks but filmmakers Phil Lord and Christopher Miller have stormed in with a bright and dazzling "piece of resistance."  Helmet-haired, mild-mannered Lego man construction worker Emmet (Chris Pratt) lives by the grid but suddenly gets caught up in zany adventure with wicked-smart free spirit Wyldstyle (Elizabeth Banks) when he is believed by the Gods (Morgan Freeman is the wry and funny voice of Vitruviusto) to be "The Special."  Their adventure covers a lot of splashy, vividly created Lego worlds including the Old West and Cloud Cuckoo Land (a pastel rave party) as they team with a ragtag crew (some new and familiar characters like Wyldstyle's boyfriend Batman) to attempt to take down evil Krazy Glue-armed President Business (Will Ferrell). 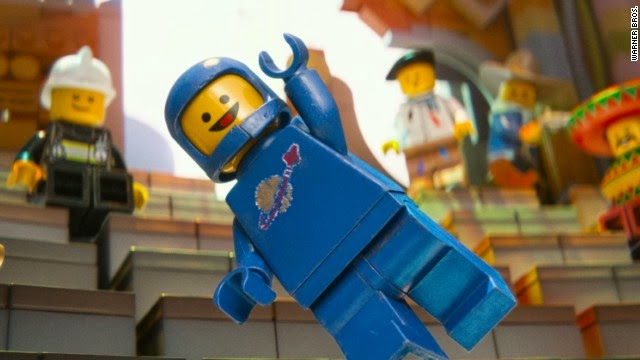 A branded piece of art that values individual spunk while taking shots at branding?  That's been the American way for decades whether sponsored by Dreamworks or Lucky Strikes. It's all schematic and obvious, like a CGI Metropolis, with hilariously-apt Ferrell voicing Mitt Romney doppelganger President Business, a selfish, empty soul in big platforms in a big ole tower. Didn't some voters who believed dour Mitt's experience as a corporate raider would save us?  To save the world, The Lego Movie quickly creates a hero: affable, diplomatic Emmet, an everyman whose best idea is a double-decker couch.  There are some flaws in Emmet's world. The movie is so stuffed to the gills with stuff and impressive, virtuoso visuals that it becomes fairly wearying towards the finale (I got a Lego headache afterwards). I was OK with the much ballyhooed Cabin in the Woods-esque premise of the third act twist but not a fan of its hokey execution. The voiceover work on the movie is fabulous throughout especially adorable Pratt, sly Freeman, and dynamite supporting work from Nick Offerman, Alison Brie, and Liam Neeson.  Like the scratched surface of 1980s Spaceman, the movie's geeked-out adoration for sci-fi and retro (allusions and in-jokes galore from Terminator 2, John Carpenter's They Live to The Wizard of Oz) is whip-smart, occasionally touching and lovable. ***