outside of the circle 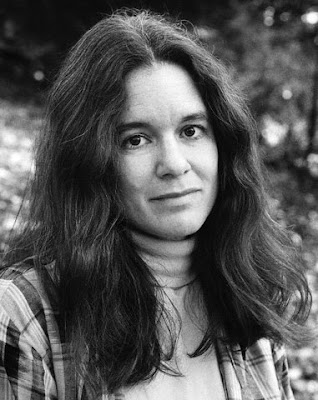 I feel that it is necessary to respond to Anis Shivani's article, The 15 Most Overrated Contemporary Writers on the Huffington Post. Huffington Post is a powerful political entity which recently added a section for Books: a fledging form of entertainment in our country. Some agree with Shivani's choices. Some, as indicated in the comments below the post, hadn't heard of or read many of these authors (which makes me question whether they should be deemed "overrated" at all). Literary Facebook friends have responded with equal amounts of solidarity and disdain.

As a writer and admirer of many of those skewered here, I was interested to see his arguments. Instead I found myself flinching at his brash insensitivity. I could defend some of the good in everyone of these writers, something that Shivani eschews--to which I call "bad criticism." There's a muddled pettiness and laziness to his attacking.

He writes of The Hours: "Another devotee of the antihumanist message, which comes packaged as resignation to reality--in other times, such an attitude was called fatalism." So according to Shivani, to be a "good writer" one shouldn't explore fatalism? Based on his assessments, not only do I think Shivani misread The Hours, but he doesn't take in account Cunningham's other works (A Home at the End of the World is a fantastic read; Specimen Days, less so, though full of interesting ideas).

Of Jhumpa Lahiri, a tremendously gifted and subtle storyteller, Shivani dictates what he thinks she should not write about: "Utterly unwilling (though probably fully capable, since she's the only readable writer on this list) to write about anything other than privileged Bengali immigrants with PhDs living in Cambridge's Central and Inman Squares, and making easy adjustments to the top of the American meritocratic pyramid." I would disagree that the adjustments her characters make are "easy." Did he read and fully comprehend the exile and heartbreak in "Mrs. Sen's" or The Namesake?

He writes of Ashberry as a mixer of "low and high levels of language, low and high culture, every available postmodern artifact and text, from media jargon to comic books, to recreate a reality ordered only by language itself." Ashberry isn't a poet I always connect with necessarily but I don't see what's wrong with the criticisms Shivani lays out here.

And the critiques on Sharon Olds are quite ludicrous and reek of an innate discomfort with writing by women: "Her poetry defines feminism turned upon itself, chewing up its own hot and bothered cadaver, exposed since the 1970s. Female poets in workshops around the country idolize her, collaborate in the masochism, because they say she freed them to talk about taboo subjects, she "empowered" them."

I disagree with his characteristics of "bad writing": "obfuscation, showboating, narcissism, lack of a moral core, and style over substance." As a writer, I should have a better "moral core"--a firmer grasp on the good and the bad. Such a laxness has left me on the on the outside of circles or snarky workshops discerning why something sucks. There is just so much out there, recognized or unrecognized (Shivani claims he will put out an underrated list: a much more worthy, but less-attention-seeking endeavor) to engage with, to explore and to take away from.

The lack of openness on Shivani's part is toxic. There is a personal, interior texture to writing that separates it from any other art form. This pursuit, I believe, should be encouraged more than derided, especially by fellow writers and contemporaries.

My friend Becca wrote a measured, articulate post in defense of Sharon Olds that I hope everyone reads.

And Charles Jensen, who is so smart.
Posted by MrJeffery at 7:07 AM