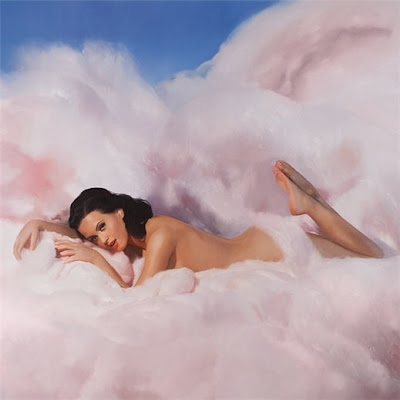 OK, I think I found my newest guilty pleasure: Katy Perry's Teenage Dream. I never really felt her that much before but the new album is so fun and catchy. There are some irritating moments and much of it is way too overproduced (as was Christina Aguilera's overblown release this year... I wish that pop producers would just scale back a bit with their noise. Songs like "Single Ladies" have been hits for being refreshingly spare). Is Teenage Dream deeper though than what the critics think? Yes, "Peacock" is ridiculous--it will surely piss off straight-male music critics but it's really a harmless inversion of misogyny. Like Ke$ha, Perry is sometimes cloyingly over-knowing and embracing of her manufactured pop identity. Calling Lady Gaga's "Alejandro" clip sacrilegious over Twitter makes me suspect of Perry's limitations as an artist. Yet on this album, Perry shows she has more of an edge than previously expressed--an independent woman ("I'm not gonna stay / and watch you circle the drain") with a bit more attitude. It's an uneasy world and like Perry, in her late-20s, I can relate to seeking that lost "teenage feeling." The album is about not wanting to grow up but facing reality as well.
Also loving:
MGMT - "Congratulations"
CEO - "Illuminati"
Posted by MrJeffery at 6:40 AM