catching up with some films of 2011 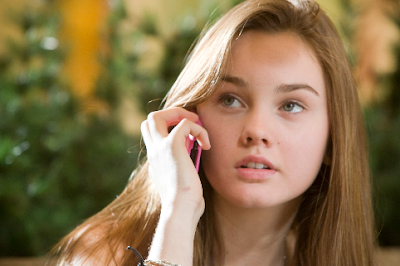 - Consider me surprised that David Schwimmer has directed such a deft drama.  The plot is a bit Lifetime-melodrama: 14-young girl Annie (well-acted by Liana Liberato) becomes victim of a sexual predator from the net.  Family breaks down and father (Clive Owen) becomes more and more manically obsessed with revenge while mother (the always naturally good Catherine Keener) tries her best to connect with her distraught daughter.  The best aspects of the film--including Liberato's portrayal, the ambivalent nature of Annie's hookup, the bland, matter-of-fact presentation of her predator--are deeply unnerving.  Too often though, the script is a bit clunky; Owen's psychological breakdown and his job as a developer of provocative tween ads are a bit contrived.  Schwimmer seems to pay homage to one of cinema's best family dramas--Robert Redford's Ordinary People

.  Both are set in wealthy Chicago suburbs, have sympathetic counselors at the helm (here, Viola Davis in another thinly-sketched part that doesn't demand enough of her skills as an actor), show the effects of tragedy on a family in low-key style, and end with fathers crying and coming to terms in cold backyards.  Trust

is not nearly as complex of a jolt as Redford's film but it's still an unsettling, often compelling cautionary tale. 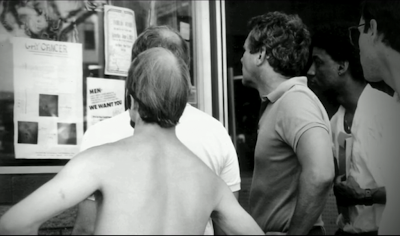 We Were Here - David Weissman & Bill Weber's (The Cockettes

) quietly elegiac documentary traces the devastation of AIDS in the San Franciscan gay community in the 1980s and 90s.  The film's sensitive interviews of five people who survived a terrible era are powerful.  By focusing on such a small group of individuals and the details and accounts of their lives (a poster with pictures warning of a new "gay cancer," wrenching drug trials, a flower man's witnessing of death and trauma of those around him) makes the film an arresting and important testament. 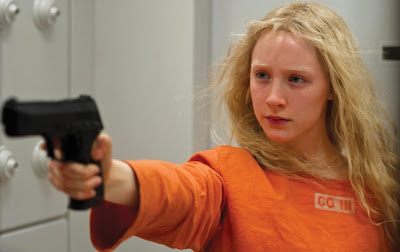 is a bit of thin-skinned schlock but it's also an entertaining tale of Finnish-bred assassin (Saoirse Ronan) on the run from wicked witch agent (Cate Blanchett).  Reminiscent of Firestarter

(another film with another wickedly powerful blonde girl on the lam), the movie owes much of its atmosphere and fun to its offbeat European settings, the pulsating Giorgio Moroder

and a campy Blanchett.
Posted by MrJeffery at 12:10 PM