the city of your final destination 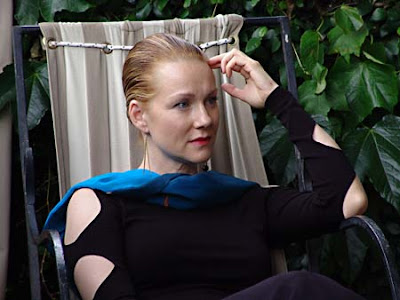 The City of Your Final Destination

is a quiet gem. The story concerns a college professor named Omar (Omar Metwally) who travels to Uruguay to the secluded estate of late novelist, Jules Gund who committed suicide there, in order to secure the authorization of Gund's biography from his family. He is met with resistance, primarily by Gund's guarded and bitter widow Caroline (a wonderful Laura Linney). Omar is somewhat naive and doesn't seem effected emotionally by many things. The project of Gund's biography seems more of a love of his stern girlfriend's (Alexandra Maria Lara) than of his own. However Omar is transformed in unexpected ways through the slow unraveling of details from Gund's eclectic clan: his mistress (Charlotte Gainsbourg) and their young daughter (Ambar Mallman), Jules's affable brother Adam (Anthony Hopkins) and his much younger boyfriend (Hiroyuki Sanada). The film thrives on its source material: Cameron's richly observed novel. The Gondola, the title of Gund's only novel, becomes a complex symbol of romance and of the Gund family past as it sits "rotting in the boathouse." And like Capote

, the story wrestles with the ambivalent nature of writing about real people and the ones we love, whether in biography or fiction (which is the case of Gund's unfinished manuscript that casts Caroline in an unfavorable light).


One either loves or hates to experience the quiet elegance of an Ivory flick. Remains of the Day

is still Ivory's masterpiece, moving leisurely along until it arrives to its sad, unforgettable conclusion. The City of Your Final Destination

certainly pales a bit in comparison and it may test the patience of the viewer who wants more action but the film is such an acute character study, beautifully scripted by Ruth Prawer Jhabvala, and so well-acted (especially by the supporting females: Gainsbourg, Linney, and Alexandra Maria Lara), that it's a joy to watch all of the interactions. Because the film is so carefully mounted, the changes the characters make are subtle but also thrilling. ***1/2