back to the bates motel 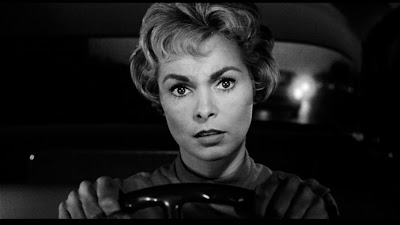 A windy October night screening at Film Forum of Alfred Hitchcock’s Psycho revived my feelings about the movie. Even if they have never seen the film most people are aware of Norman Bates, the “shower scene,” or the reputation of the Bates Motel. Sometimes a movie can become so famous it can lose its original power. Yet watching this wonderful print on the big screen made me respect and treasure Psycho more than ever.

Janet Leigh is perfectly cast—those eyes, her raspy voice, and her steely ways in which she expresses guilt and fear. We follow her through the fascinating first half, as her Marion Crane thieves $40,000 from work and leaves town. A novice, she is a terrible thief, interacting awkwardly with a police officer, and car salesman. The film emphasizes material possessions: her car, her money. It makes the fate of Leigh's Crane all the more shocking once she turns into Bates Motel and meets its tortured owner Norman (Anthony Perkins). 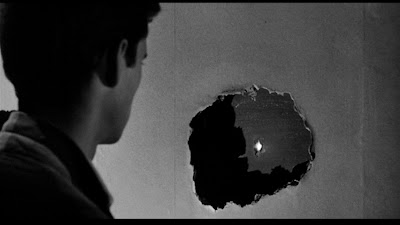 Leigh and Perkins play characters who are different yet similar in many ways: stuck in a rut, haunted by wrongdoing, lonely. Perkins' performance is akin to fire: a fidgety mess with intense flickers of menace. He was typecast forever for this role, and he’s so good and memorable, it’s hard to shake Norman off from his other works. It’s not a typical performance of the times, nor of a Hitchcock picture. Perkins interrupts and his dialogue sometimes runs over other people’s lines. His scene with the prodding detective Arborgast (Martin Baslam) is one of the great pieces of acting. Bates feels human, entirely authentic, and Hitchcock enriches him even further by giving the audience glimpses of his material surroundings and biography via other characters. In the haunting ending, Perkins, wrapped in a blanket, gives a great, unsettling performance of reaction (a recall of Leigh’s driving scenes).

On this viewing, having recently watched some other Hitchcock films, I was struck just how stark Psycho is compared to his other works. I feel Psycho is one of the most economical and claustrophobic of his films (we are constantly in confined spaces). Shot on a low-budget and featuring a female protagonist who is killed off quickly, Psycho, one of Hitch’s defining pictures, is still one of his most unusual. The grimness of it, its rich black and white photography and bleak subject matter make it a departure from the glossy color films he was making during the 1950s (North By Northwest, Vertigo, Rear Window). 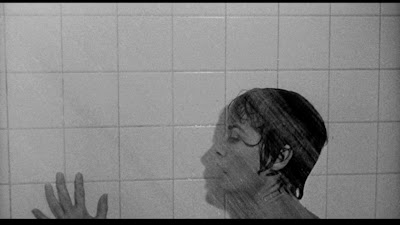 Psycho also has that incredible, unrelenting score by Bernard Herrmann. Herrmann shed the sweeping orchestral pomp of other scores of that era and relied solely on strings. The music makes a tremendous impact in a movie theater. His cue “The Murder,” remains chilling today. I can’t imagine how frightening it must have been in 1960.

On this viewing, the infamous and dated “psychiatrist scene” played better than it ever has. Not only is it a perfect transition into the closer, but it’s another farce of higher societal figures who try to explain and reason out impossible things. In Psycho, the people of authority in the picture are uncaring and worthless: the creepy, robotic cop following Crane, the doddering town sheriff. This is a common cinematic trope but the fact that we can laugh at the psychiatrist is a testament to Hitchcock and the power of Perkins’ performance. The film has the ability to manipulate us to have some empathy for Bates, even if he’s a deplorable murderer.

Anthony Perkins on Norman Bates: "I do have affection for Norman as a person. He does the best he can out of the diminished circumstances with which his personality stranded him, and Norman's childhood was difficult and traumatic. Norman is, at heart, a benevolent soul, with a dark side, but Norman's conscious mind is always on the positive things in life."

Psycho is playing at Film Forum until November 4th. 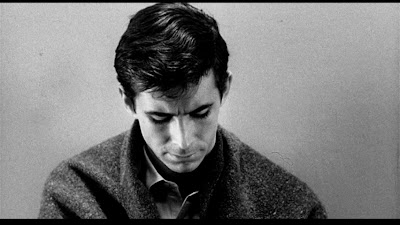 Posted by MrJeffery at 7:36 PM