the death of a nobody 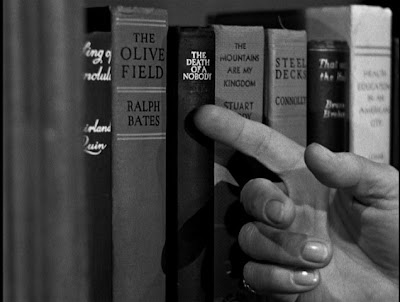 features one of his most exceptional showcases: a man hanging from the hand of the Statue of Liberty. Besides this scene, still great-looking today, there are many wonderful, offbeat moments in this film. Robert Cummings plays Barry Kane, an ordinary military aircraft worker, wrongly suspected of setting fire and killing a co-worker in his factory. On the run from authorities, Kane tries to solve the mystery of what happened, meeting up with some eccentric characters along the way. He finally finds himself embroiled with anti-American, fascist saboteurs, leading him all the way to a duel on top of the Statue of Liberty with his nemesis "Fry" (Norman Lloyd).

was in production two weeks after Pearl Harbor and is one of the few, if not only, Hitchcock films to have so much political shading. The script was written by Peter Viertel, Joan Harrison, and Dorothy Parker. It can be assumed that Parker supplied much of the wit in the film. Especially in the dialogue-rich scene, which recalls Bride of Frankenstein

, where Kane stumbles unto an old blind man's (Vaughan Glaser) house. Like many Hitchcock works, marginalized characters (here: the unmarried old blind man, a group of circus performers, a truck driver) end up being the most intelligent and compassionate in the picture. In Saboteur

, it seems to be a statement on the value of the individual in America--something that separates the country from fascist ideology. The seemingly ordinary people--a matronly woman throwing a lavish party, a man with a small child and a swimming pool--end up being the most dangerous and deceiving. Most of this social commentary is quite obvious in the film. "The Death of a Nobody" becomes an ironic trope. And the movie moves very fast, up until the Statue of Liberty sequence, which effectively cuts between small scale (a stitch coming apart) to the grandiose (studio shots of the statue; the late Robert Boyle was associate art director). This is a slickly enjoyable film, very similar to The 39 Steps

Here are some memorable shots. 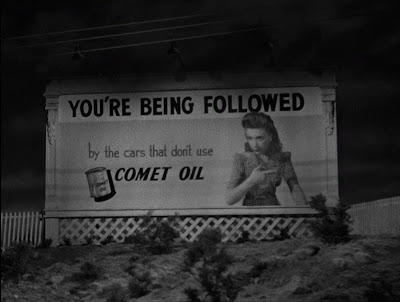 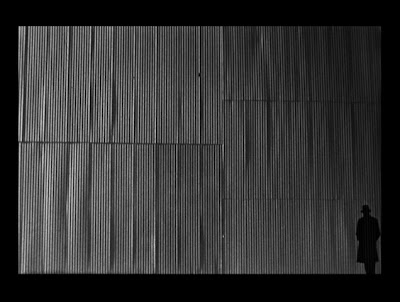 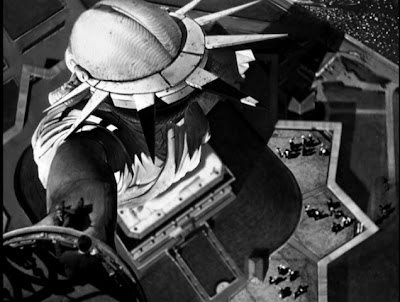 Posted by MrJeffery at 6:38 AM