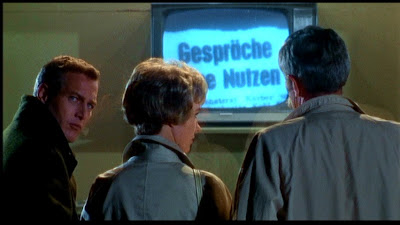 , Paul Newman plays Michael Armstrong, an American physicist who pretends to defect, travelling to East Berlin in order to obtain a mathematical formula. He is pursued by his fiancée Sarah (Julie Andrews), a fellow scientist, who is concerned about him. In East Berlin, Newman meets up with a mysterious ringleader Hermann Gromek (Wolfgang Kieling) and a Professor Karl Manfred (Günter Strack). Once "the Gamma Five" discovers that Michael killed Gromek, him and Sarah risk their lives attempting to escape.

and one can see why. Newman, ruggedly handsome and taciturn, known for his outstanding performances in Hud

, was too thespian for Hitchcock's prop-like handling of his actors. During the filming, friction arose between Newman and Hitchcock as Newman questioned character motivation and flaws within the script. Julie Andrews, at the peak of her career with two legendary roles as the sweet Mary Poppins

and Maria von Trapp in The Sound of Music

, seems too soft-hearted for her role. One wonders if Hitch had cast one of his icy blondes, how much edgier the film, and the tension between Newman and her character would have been. For movie buffs, it's still enjoyable to see the unlikely pairing of these two stars, miscast as they may be.

also marks the unfortunate fallout between Bernard Herrmann and Hitchcock. Herrmann's treatment, still available on the DVD edition of the film, is dark, swirling, adventurous, akin to North By Northwest

. The studio and Hitch wanted a lighter, bubblier score so they hired John Addison, fresh off of his Academy Award for Tom Jones

. The score is largely uneven, dated in a way that Herrmann's scores aren't. Its highlight is during the rousing bus chase, otherwise it's pretty intrusive, especially in the beginning. Hitchcock, who has admitted he has no ear for music, tried to restrain the use of music often in this film, such as the quiet farm murder scene. ***1/2

Despite its flaws, Torn Curtain

is a slick, stylish and enjoyable ride with many memorable and exciting moments.

Here are a few:


The harrowing farm murder scene which Hitchcock intended to show just how difficult it is to kill a man. 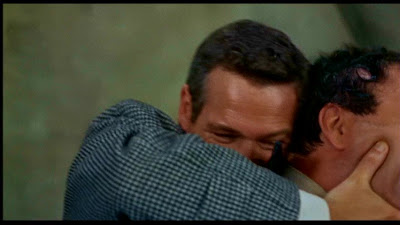 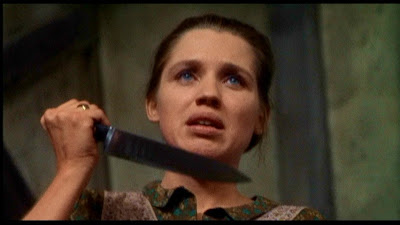 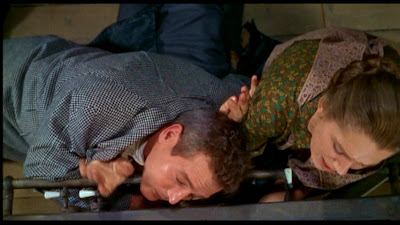 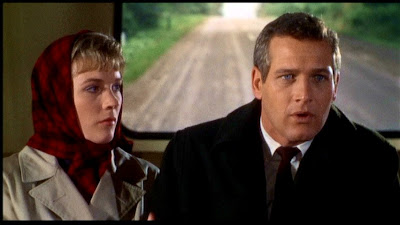 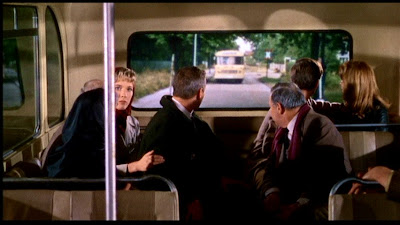 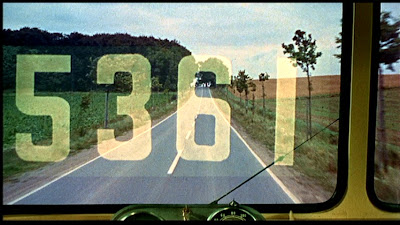 The climatic "crowded theatre ballet sequence." The production design was by Hein Heckworth who worked on The Red Shoes. 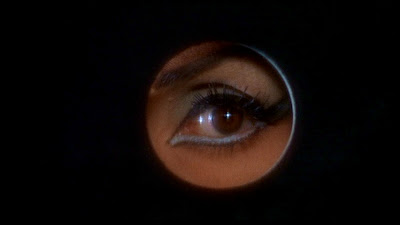 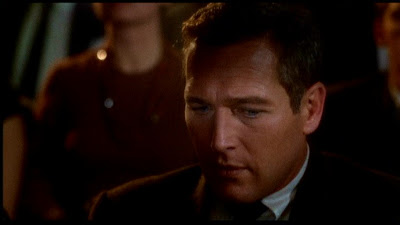 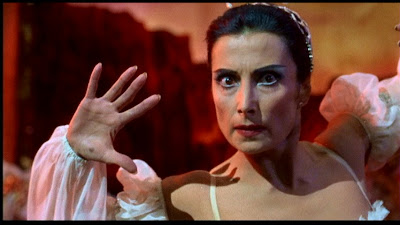 Posted by MrJeffery at 6:32 AM