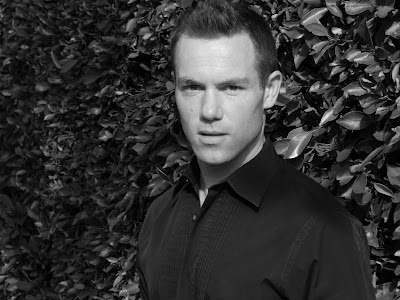 Ryan Quinn's debut novel The Fall brought me back to the awkwardness of university life in the same way Curtis Sittenfeld's Prep did. Both books have a keen sense of the banal and the thrilling, life-changing moments of that time. Set at a small college, The Fall follows three students—Casey, a jock; Ian, a film buff discovering his sexuality; and Haile, a talented musician. The novel successfully moves in and out of their point-of-views with compelling first person narratives. I asked Ryan Quinn a few questions about his writing process and thoughts on his novel.


When and how did you begin writing The Fall?

RQ: I started writing the first chapters nearly five years ago. The motivation was a convergence of a few things. The characters came first. They just kept surfacing in my consciousness, I think because their story was interesting to me and yet I didn't see characters like them being portrayed in novels or movies. About the same time I was writing more and more articles for various websites and realizing how much I loved the challenge of crafting a narrative. Also, I read a few bad, very commercially successful books and it made me think, "Hey, I can do this!"

You are originally from Alaska and went to school in Utah. What was it like growing up in these areas? Did you feel any personal connection to Wasilla during the 2008 election when the town was suddenly on a national stage?

RQ: I grew up in Wasilla. It's not a big town, which I think makes it a wonderful place to grow up in. But I never thought of is as a political place. The whole Palin obsession has been surreal. I don't think there is anything to take away from it. It's just a weird coincidence. Maybe one takeaway is that I wish Tina Fey had been my mayor instead.

People usually wince when I tell them I went to college in Utah. I have to clarify that it was for skiing reasons—I was on the ski team at the University of Utah—not religious reasons. But the truth is that the Mormon influence didn't really impact my everyday life. I hung out with a lot of other student-athletes, many of whom had been recruited from other states or countries and weren't Mormon. And Salt Lake City has a fantastic gay community. It was the perfect place for me to be at that time.

I love how the title relates to many different aspects within the novel. Can you discuss that a little?

RQ: The story takes place during the fall semester at this college, which is the obvious reference. But on a more interesting level, there is a painting called The Fall of Man that figures into the plot, and this painting has some themes that echo the plot of the book. Also, some of the characters experience what you might call "a fall," but I don't want to spoil anything! I knew the novel was working when I started to discover that all these themes and layers existed within the story—at that they felt very organic, not forced. The title kind of ties them all together. 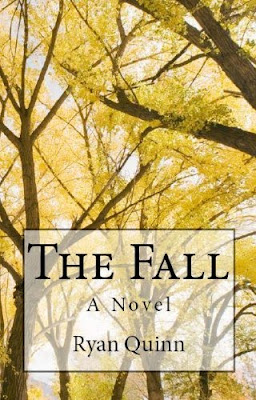 I thought the shifts between point of view was pulled off well. The voices of the three main characters felt believable to me. Were there any difficulties in writing in different voices? Did you always picture the novel to be set up that way?

RQ: Yes and yes. I was fascinated by the idea that we each kind of take for granted our own perceptions of reality—when I think what is probably happening more often is that we have hilariously different perceptions of the same situation. I wanted to explore this by structuring the book as three very intimate, first-person narratives so that certain scenes would be seen through all three of the main characters. Honestly, I didn't know if it would work, and at first I was very self-conscious that it would come off as a gimmick. But I think I knew it was working when it became not just a way of telling the story, but a key part of the story and the characters' journeys.

Attempting to channel a female voice was a challenge for me. So was making each character's voice distinct enough so that the reader could tell them apart. A lot of smart people told me it was too ambitious. Usually I'm very coachable in that way, but in this case I had a vision for how it was supposed to work and I just kept revising and revising until I got there. When the book was published I was still worried that people would quit after thirty pages because the alternating narratives was confusing. I was relieved when I started to get feedback from people who said they rarely read books and they read it in a day.

The use of point of view reminded me a bit of the structuring of Michael Cunningham's A Home at the End of the World. Are there any particular authors who have had an influence on you?

RQ: I did read A Home at the End of the World before writing The Fall, as well as Bret Easton Ellis's The Rules of Attraction and a great book called Sea of Tranquility by Paul Russell. Those are the most obvious, transparent influences. But I think we are what we read, and everything we read—whether we liked the book or not—seeps into the gears in our brain that are grinding out any story we're writing.

Since you are an athlete, how did your personal experiences in the athletic world lend to crafting The Fall?

RQ: I was a competitive cross-country skier in college and since then I've run a few marathons. Writing a novel is incredibly similar to training for an endurance sport. You have to put in a lot of hours day after day. There aren't bursts of glory to sustain you. And it's lonely; not in a sad way, just in a literal way. You have to take a long view and be competitive with yourself in order to keep going back and trying to make it clearer—better. It can't be a whim; it's a mindset.

Did anything surprise you while writing the novel? Did you have days where you felt you related to certain characters more than others?

RQ: Absolutely. Actually, one of the things that surprised me the most was how closely I was able to relate to Haile and Casey. I guess I expected to relate to Ian, but the other two were a surprise. Maybe it's because the point-of-view narratives are so intimate, and when you drill down to that level we're all sort of dealing in universal emotions even if what we express to the world seems more unique.

I felt a kinship with Ian who is a film buff and trying to figure out his sexuality and what he wants to do with his life. Do you think his favorite film, Lawrence of Arabia, has any particular significance?

RQ: Yeah, you can draw some parallels, though the relevance of that particular film was only in the back of my mind when I was writing the book. I guess the larger theme of the book is "the search for meaning," which is introduced in the Art History class, but it's also something each character explores on his/her own. I think in Ian's case, he's drawing those cinematic parallels in his mind, even if I didn't make that explicit in the story.

Are you working on writing anything new at the moment?

RQ: I am. I have a rough almost-draft of a new novel. It needs a lot of work, and I'm excited to return to it with fresh eyes and start revising and rewriting. I'm afraid to say more because that'd be like showing you my new apartment before I've gutted it and had all the fixtures redone!

On a scale from 1 to 4 stars, how many stars do you give your day?

RQ: Four. Definitely four. Have you read the news lately? This world is nuts. I'm happy to be here.


Ryan Quinn grew up in Alaska. After graduating from the University of Utah, where he was an NCAA Champion and All-American college athlete, he worked in book publishing for five years in New York City. He now lives in Los Angeles. The Fall is his first novel.

You can purchase the paperback here and also the kindle edition of The Fall here.
Posted by MrJeffery at 6:17 AM