a poem by holly mitchell


The marrow came
from my hip. It was the blood.
They gave Guy his old blood and it ate
my marrow. I wish
she had told us. It was a morphine drip.
I feel bad singing that song
Morphine, morphine, she’s the gal for me.
If that woman of his hadn’t been--
You hear who she’s with.
Mom didn’t tell us he would be emaciated.
The worst was when we couldn’t see him
for weeks. They locked him in
a sterile room. It was like something
from Fringe. We went all the way
to Texas. Why did I come back?
There will be no whiskey.
Nobody thought he’d survive except him and Mom.
You’ve got the future in your arms. I want to go
home. I’ve forgotten which kind
of blood. John Harder took Dad’s sample.
I didn’t know. Guy played basketball
with this man. He apologized for the preacher
not mentioning us. Mom was still
pregnant. You were three. I wasn’t ready.
I knew it was going to be okay
when he came home from Houston.
Went back the next day, and he died.
I felt that he needed me to come.
He waited for him. My morphine
be the death of me. We’re all going
to miss Stork. You’re not about to drink that.
My arrival allowed him to
release the grip
on life he held so
tenuously. This is called
the intermittent casket.


Holly Mitchell has lived in Kentucky for most of her life. Currently, she is a student at Mount Holyoke College in Massachusetts. Her poems can be found in Verbosity and The Quick Brown Fox. 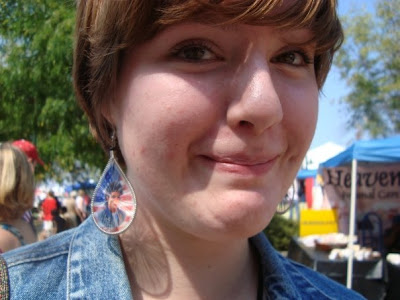 Posted by MrJeffery at 4:30 AM