a poem by jerome murphy


The baby would drive us crazy.
Just listen to that dog outside your door
while we nestle in the chill,

our bodies in love. Only pinched nerves
whine so high. No doubt I would savor
the torment of something sentient.

Once, in the unbalanced state
called childhood, I harassed
a cousin’s caged hamster for its

absent-eyed look. It was fretless,
overfed. I wanted to constrict
that little emperor’s belly. How is it

we call ourselves human, when moved
by glandular hungers that make
such menageries—body lust,

money lust, the lust of perception
for limits of sense. Our open yard
of free will has one rickety gate,

a falling-down fence: all that’s missing
is a sign with the Rottweiler’s name.

Jerome Murphy is a New York-based freelancer and administrator in the Creative Writing Program at NYU. He is a member of the Wilde Boys poetry group, and currently loves Szymborska and Valzhyna Mort. 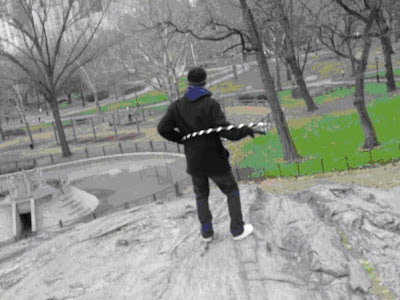 Posted by MrJeffery at 6:08 AM