a poem by gregory donovan

Happy National Poetry Month!  Throughout April I will be posting a poem-a-day.  Today's poem is by Gregory Donovan.

Gregory Donovan is the author of the poetry collection Calling His Children Home, winner of the Devins Award, as well as poetry, essays, and fiction published in The Kenyon Review, New England Review, The Southern Review, storySouth, 42opus, diode, Gulf Coast, and elsewhere. He teaches in the graduate creative writing program at Virginia Commonwealth University and is Senior Editor of the online journal Blackbird. The poem published here comes from his recently completed poetry collection, Labyrinths in Black and Blue, which soon will be in circulation to publishers. 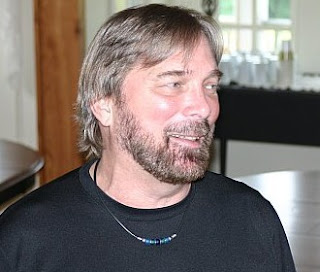 Posted by MrJeffery at 6:21 AM